The poll indicates just how close the race for governor is between Brian Kemp and Stacey Abrams. 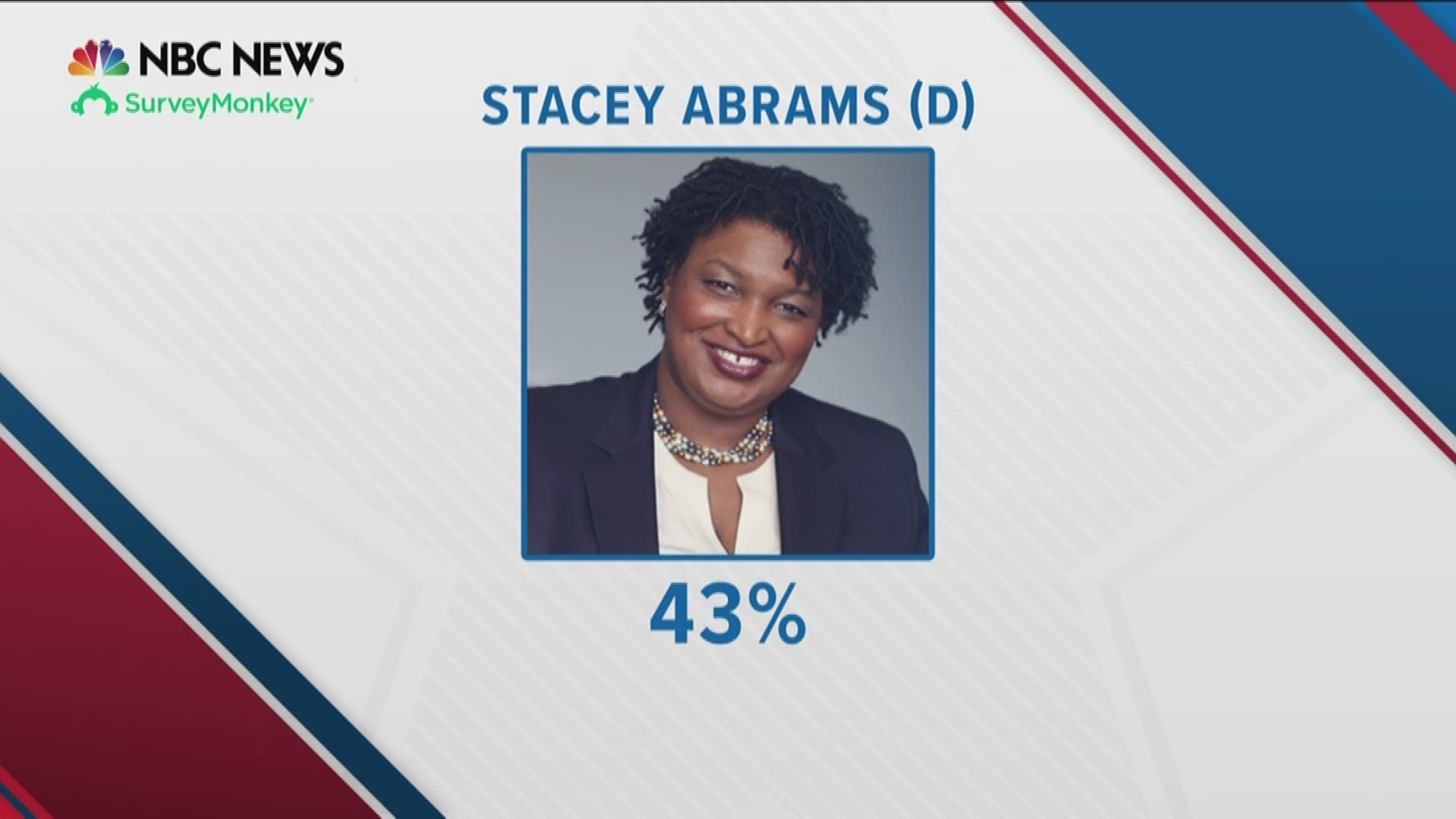 ATLANTA – As November 6 approaches, the race for Georgia governor is neck and neck between candidates Brian Kemp and Stacey Abrams, according to a new NBC News|SurveyMonkey poll.

The poll, released on Tuesday, shows if the 2018 election for Georgia governor were held today, 43 percent of Peach State voters would vote for Brian Kemp (R) and 43 percent would vote for Stacey Abrams (D). Fourteen percent are undecided.

The poll, conducted online from September 9 through September 24, was of among a national sample of 2,236 adults over 18, including 1,955 registered voters who live in Georgia.

The poll has an error estimate for registered voters plus or minus 3.0 percent.

If the 2018 election for governor were being held today among the following candidates, for whom would you vote?

In other survey questions, voters were asked their opinions on the current state of the Georgia government and what they feel the top priorities should be.

Which of the following do you think should be the top priority of the Georgia state government?

How would you rate the condition of the Georgia economy these days?

How often do you trust the state government to do what is right?

How good of a job is the Georgia state government doing at maintaining roads, bridges and other infrastructure?

Survey respondents were also asked about their feelings on the job current Georgia Gov. Nathan Deal has been doing in office.

Do you approve or disapprove of the way Nathan Deal is handling his job as governor of Georgia?

How willing would you be to pay higher taxes to improve public schools in Georgia?

How willing would you be to pay higher taxes to fund improvements to infrastructure, like roads and bridges, in Georgia?

Thinking about the upcoming elections in November, if a candidate wanted to expand Medicaid in your state, would that make you more likely to vote for that candidate, less likely, or wouldn’t it make much difference in your vote?

Do you think race relations in Georgia are getting better, getting worse, or staying about the same?

One major controversial issue that may drive many voting decisions in November is the removal of Confederate monuments from public spaces across the South. The largest public Confederate monument in the United States is in Georgia -- the rock relief carving on Stone Mountain of Jefferson Davis, Robert E. Lee and Stonewall Jackson.

Do you support or oppose removing Confederate monuments and statues from public spaces around Georgia?

HOW THIS POLL QUESTION WAS CONDUCTED: The NBC News|SurveyMonkey Georgia State Poll was conducted online among a sample of 2,236 adults aged 18 and over, including 1,955 who say they are registered to vote and live in Georgia from September 9 through September 24, 2018. Respondents for this survey were selected from the nearly three million people who take surveys on the SurveyMonkey platform each day.