Taylor also announced the official ending of the office's Rapid Response Team, which was in charge of responding to incidents inside the jail. 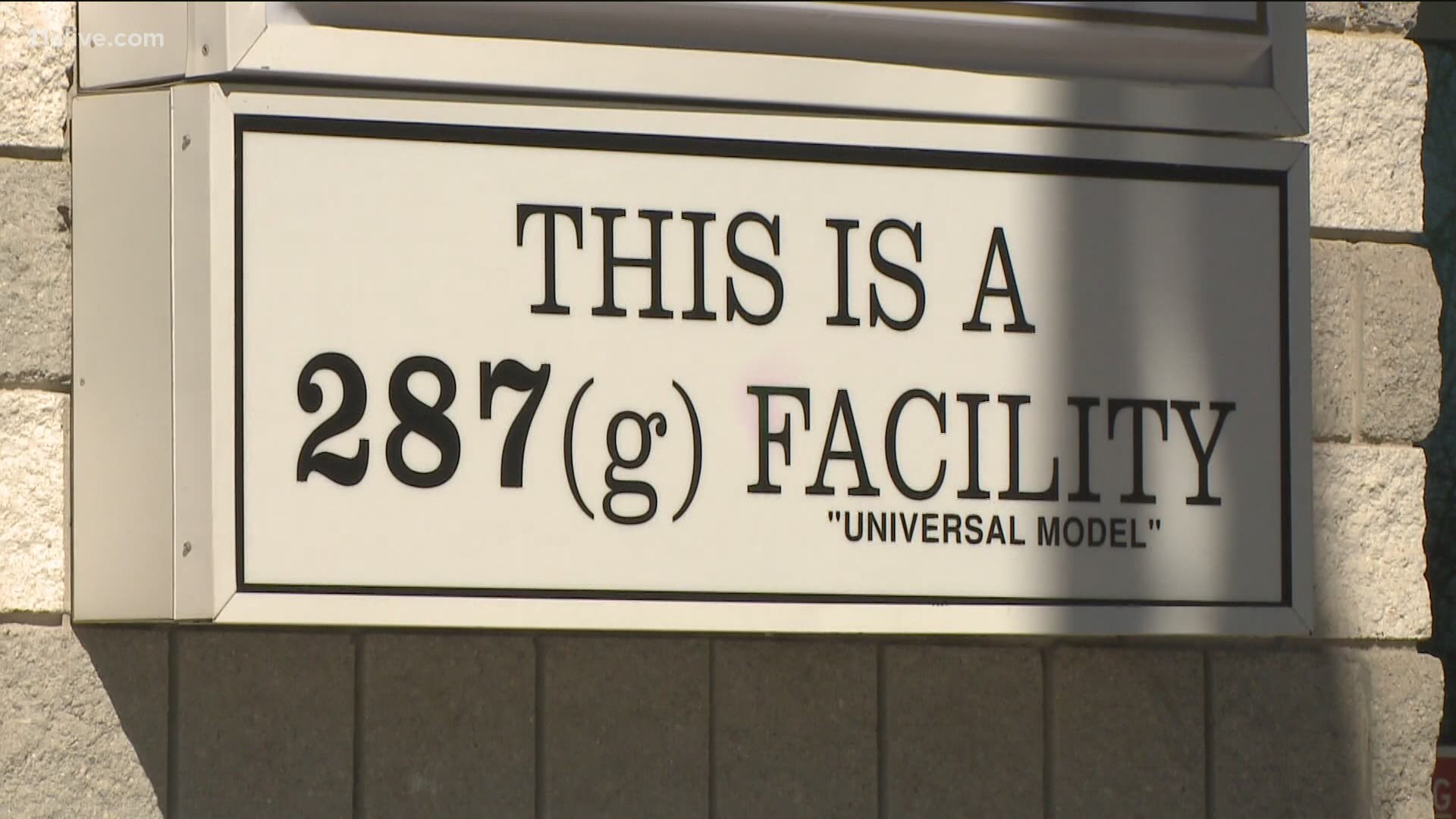 GWINNETT COUNTY, Ga. — Gwinnett County's new sheriff, Keybo Taylor, announced on his first day in office, that he ended the jail's participation in the 287(g) program. That's a promise he made throughout his campaign.

The program was implemented back in 2009 by now-former Sheriff Butch Conway. It's a partnership with the federal Department of Immigration and Customs Enforcement (ICE) that allows deputies to screen people coming into jail to figure out their legal status. If they're in the country illegally, the inmate could eventually be deported by immigration authorities.

"What we will not be doing is notifying ICE of anybody's immigration status in the jail or any of our facilities," announced Taylor Friday morning. "It doesn't mean we won't have corporation with ICE or any other law enforcement organization out there. It just means we won't participate in the program outlined in the 287(g) agreement between the federal government and the Gwinnett County Sheriff's Office."

Taylor, who is Gwinnett County's first African American Sheriff, says he believes that program is discriminatory and does more harm than good.

"We will not keep anyone in jail under an ICE detainer," he said. "If ICE or anybody else brings someone to the Gwinnett County jail and they have a legitimate warrant signed by a judge, then we will honor that."

Taylor, who began his policing career in 1983, also announced the official ending of the office's Rapid Response Team, which was in charge of responding to incidents inside the jail. Instead, officers will go through de-escalation trainings.

He is also implementing a few initiatives, including the Gwinnett County Sheriff's Office Gang Initiative, led by his appointed chief Cleo Atwater.

"Fifty percent of the violence that occurs in Gwinnett County has some kind of criminal street gang mixes," said Atwater. "We will fight street gang violence by the implementation of education, mentoring and enforcement."

They are also starting an initiative that will try to combat human trafficking in the county.