Lt. Governor Duncan said there have been 'no credible incidents' found. 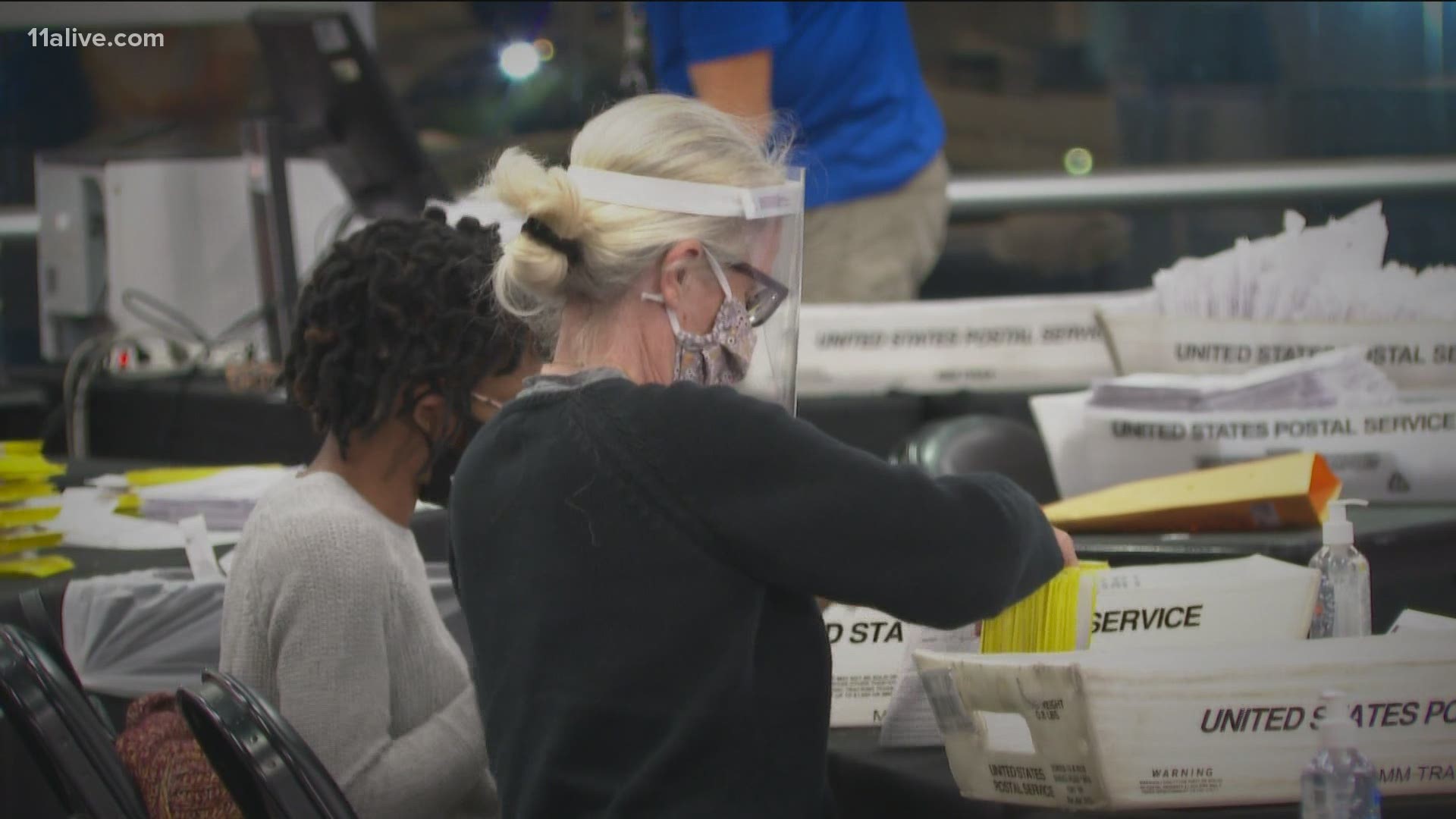 ATLANTA — The Cobb County Republican party chairman said Friday he expects Republicans to sue the county over lack of access to election tabulations. Other allegations of voting irregularities have arisen as well – as well as questions over whether they’ll be enough to upend Tuesday’s election.

Voter fraud is at the center of President Trump’s complaint about the election he appears to have lost. But the evidence of it here in Georgia still seems elusive at best.

In Marietta, the elections office allegedly kept away observers during voting and tabulation – according to the chairman of the Cobb County GOP.

"The fact that we are experiencing being kept out of that process is cause for concern," said Cobb GOP chairman Jason Shepherd. "How can we know if it’s a free and legitimate and fair election with accurate counts if we can’t be in there to monitor it?"

Shepherd said Friday he believes state or national Republicans are preparing a lawsuit challenging the process – though not necessarily the election itself.  Monday, Shepherd clarified his remarks, saying the county party hasn't been officially contacted about any litigation.

FULL STATEMENT: Georgia Secretary of State responds to calls for his resignation

In Griffin, allegations arose that election materials were found in a dumpster outside the election office. The sheriff’s office debunked that claim and said they were nothing more than discarded envelopes that had contained absentee ballots.

The burden to find such fraud is on those making allegations, explained law professor Anthony Michael Kreis.

"There’s a maxim in the law – and it goes all the way back to the Roman days – that he who makes the allegation has the burden of producing evidence," Kreis said. "And what I have yet to see is any hard and fast evidence of any kind of maladministration has occurred."

But that won’t stop critics of the vote from trying – especially with the certification of the vote still pending, as well as a statewide recount.

This story previously reported that Cobb County Republicans are preparing a lawsuit challenging election procedures. It's been changed to reflect a clarification made by the Cobb GOP chairman, who says the county party is not preparing a lawsuit.