"Georgia, ya'll been on my mind," Oprah Winfrey said to the Marietta crowd at the first of two town halls on Thursday. 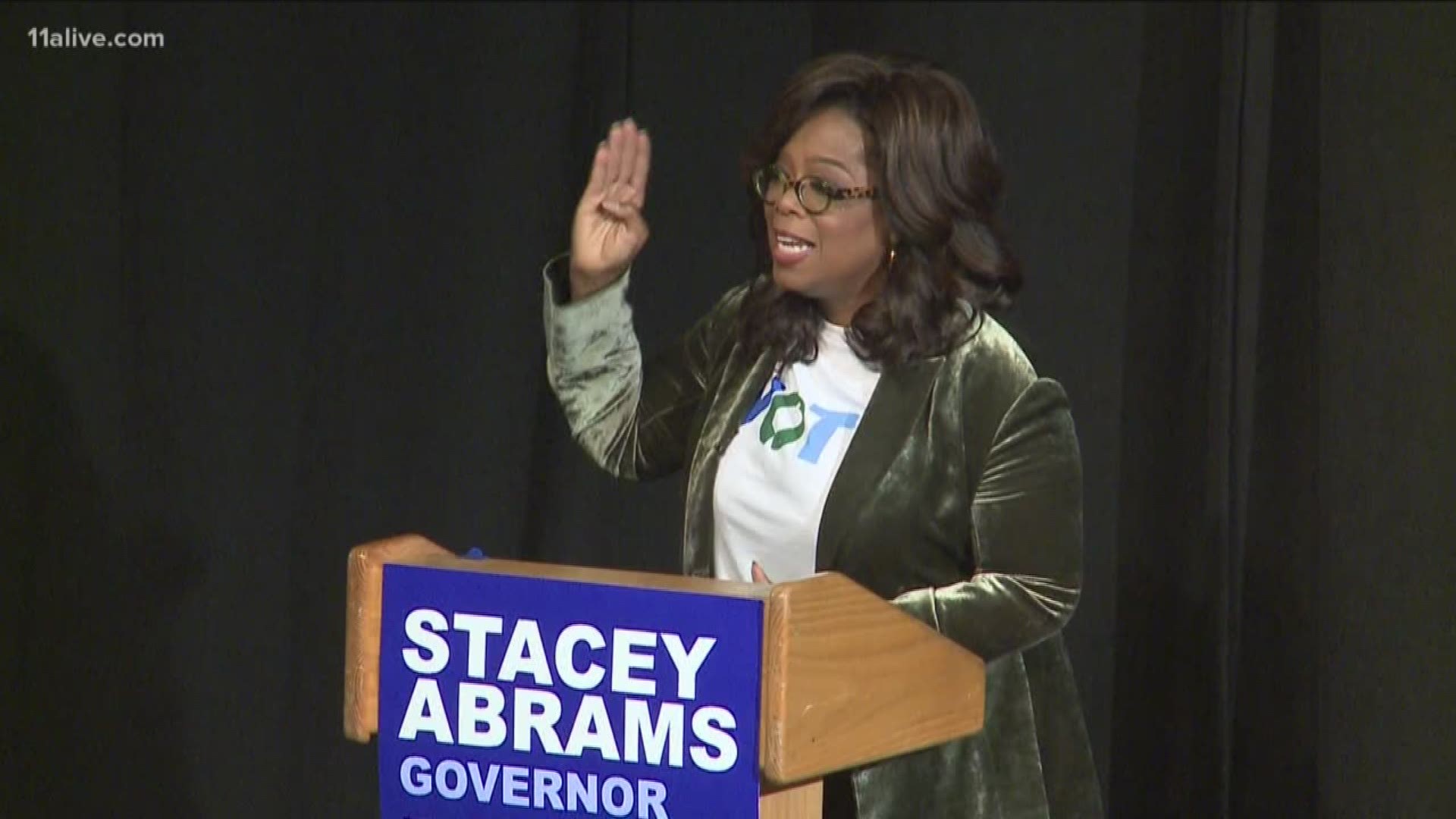 MARIETTA, Ga. – Democratic candidate for governor Stacey Abrams got some star power Thursday to back her campaign – Oprah Winfrey.

“Georgia, ya’ll be on my mind,” Winfrey said in her opening remarks.

She emphasized her status as a registered independent voter – and Stacey Abrams is her choice for Georgia governor, regardless of party.

“I am an independent woman and I have earned the right to do exactly what I want to do,” Winfrey said. “I’m a registered independent because I don’t want any party or any partisan influence telling me what decisions I get to make for myself.”

She said she wasn’t paid to come to Georgia and felt inspired to support Abrams from the news coverage of the back and forth between her and the Republican gubernatorial candidate, Brian Kemp.

RELATED | What are the Georgia amendments on the 2018 ballot?

“What’s good for everyone is good for us,” Winfrey said. “[Abrams] gets that and she will serve the underserved in the state of Georgia … Vote your conscience.”

Abrams and Winfrey sat down for a town hall meeting and talked about Abrams background and what inspired her to run. 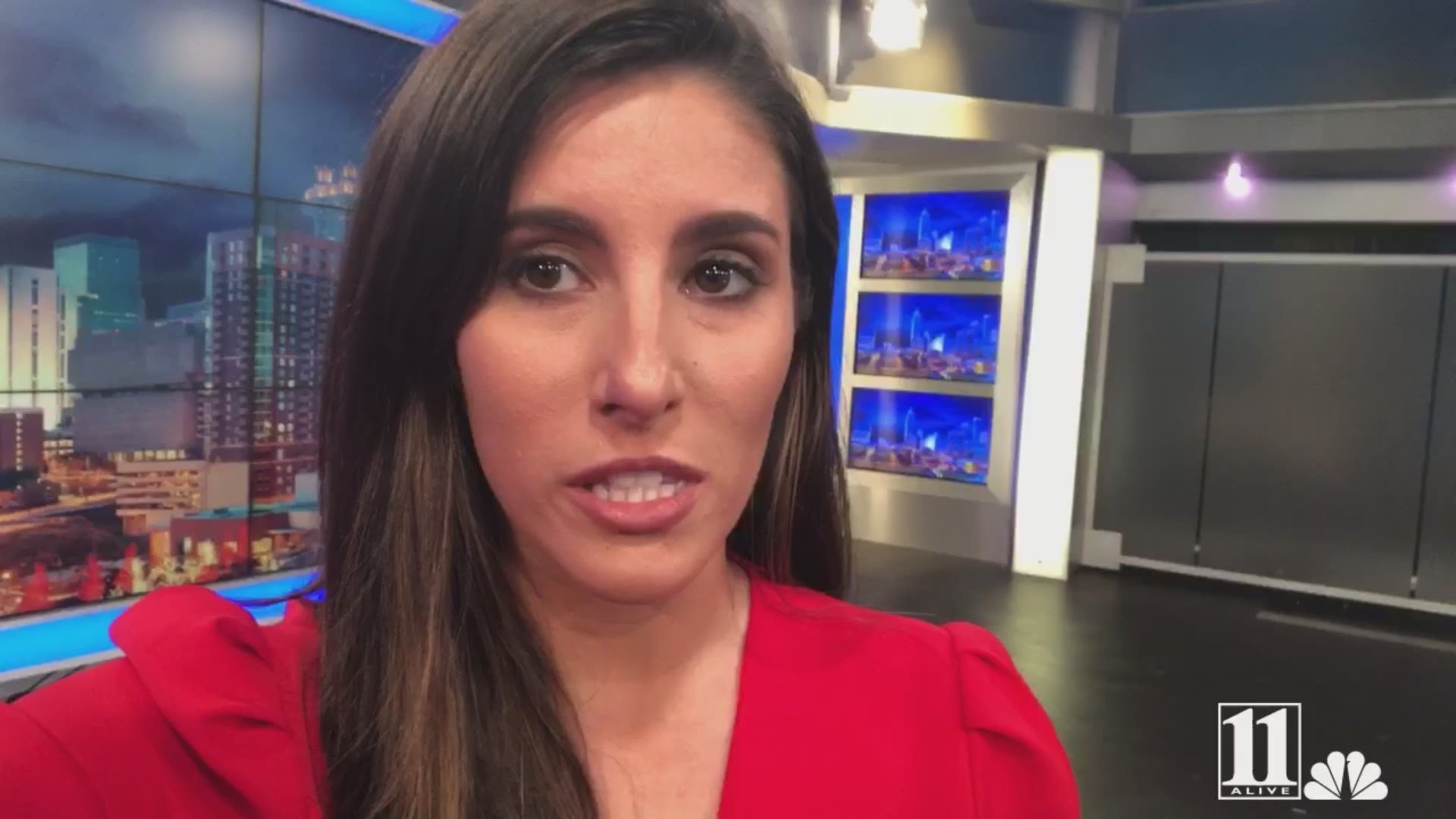 Growing up in Hattiesburg, Mississippi, Abrams recalled volunteering as a child – which she questioned because her family was poor, Abrams said.

“My dad said having nothing is not an excuse for doing nothing,” Abrams said.

Abrams said that while billions of dollars are spent on political campaigns – vulnerable populations are affected by the legislation happening now. 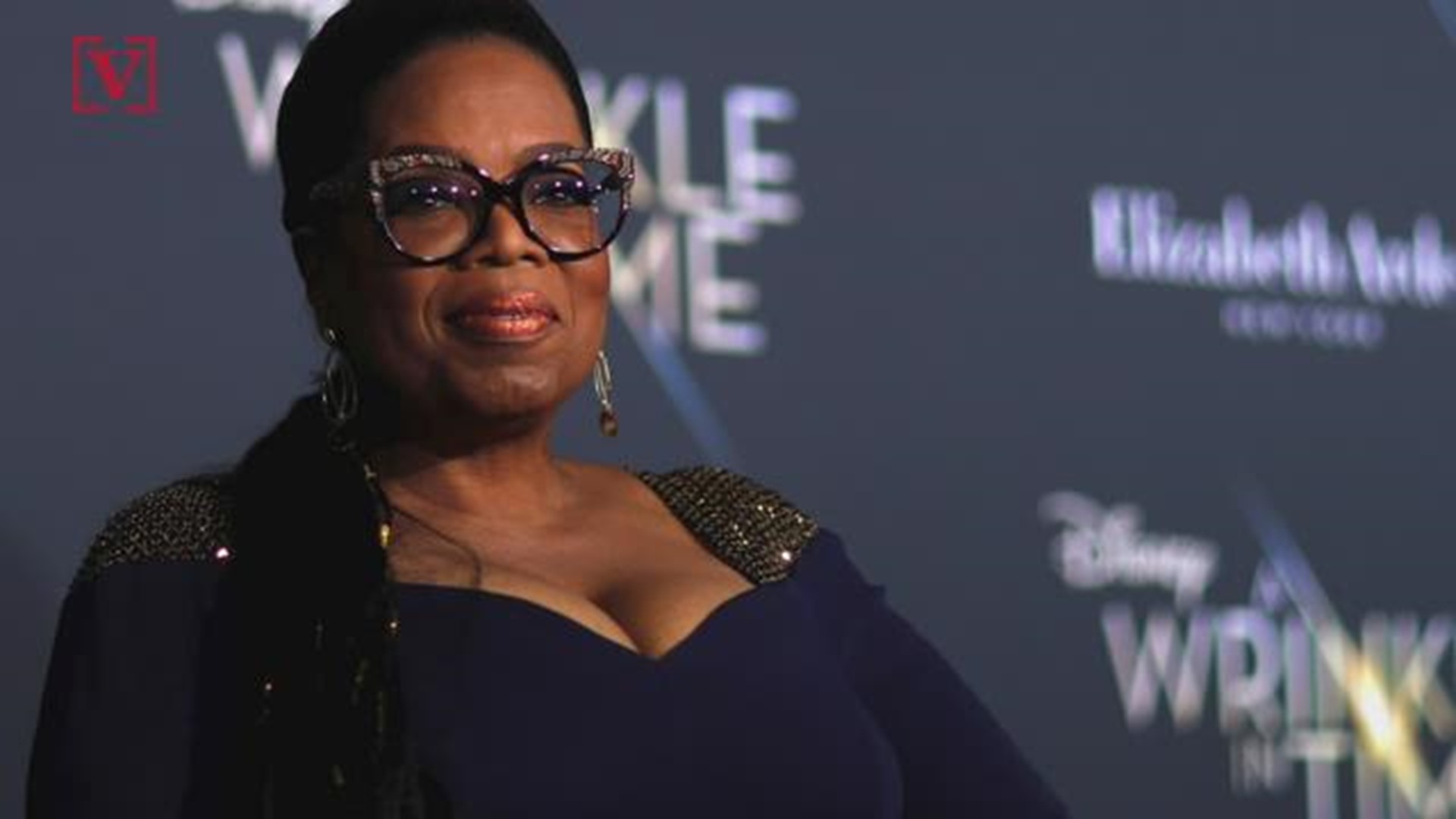 "Georgia has the highest maternal mortality rate in the nation," Abrams said. "More women die in childbirth here than in any other state."

She said that, while she encountered roadblocks in her political career and was devastated by losing her business, it taught her to be strong.

“I’m going to be black until I die, I’m going to be a woman until I die. And so, it wasn’t about changing who I am, it’s about figuring out how I leverage that experience to be an inspiration for others,” Abrams said.