According to the Pew Research Center, Latinos make up 5% of Georgia's electorate, with 377,000 of them eligible to vote. 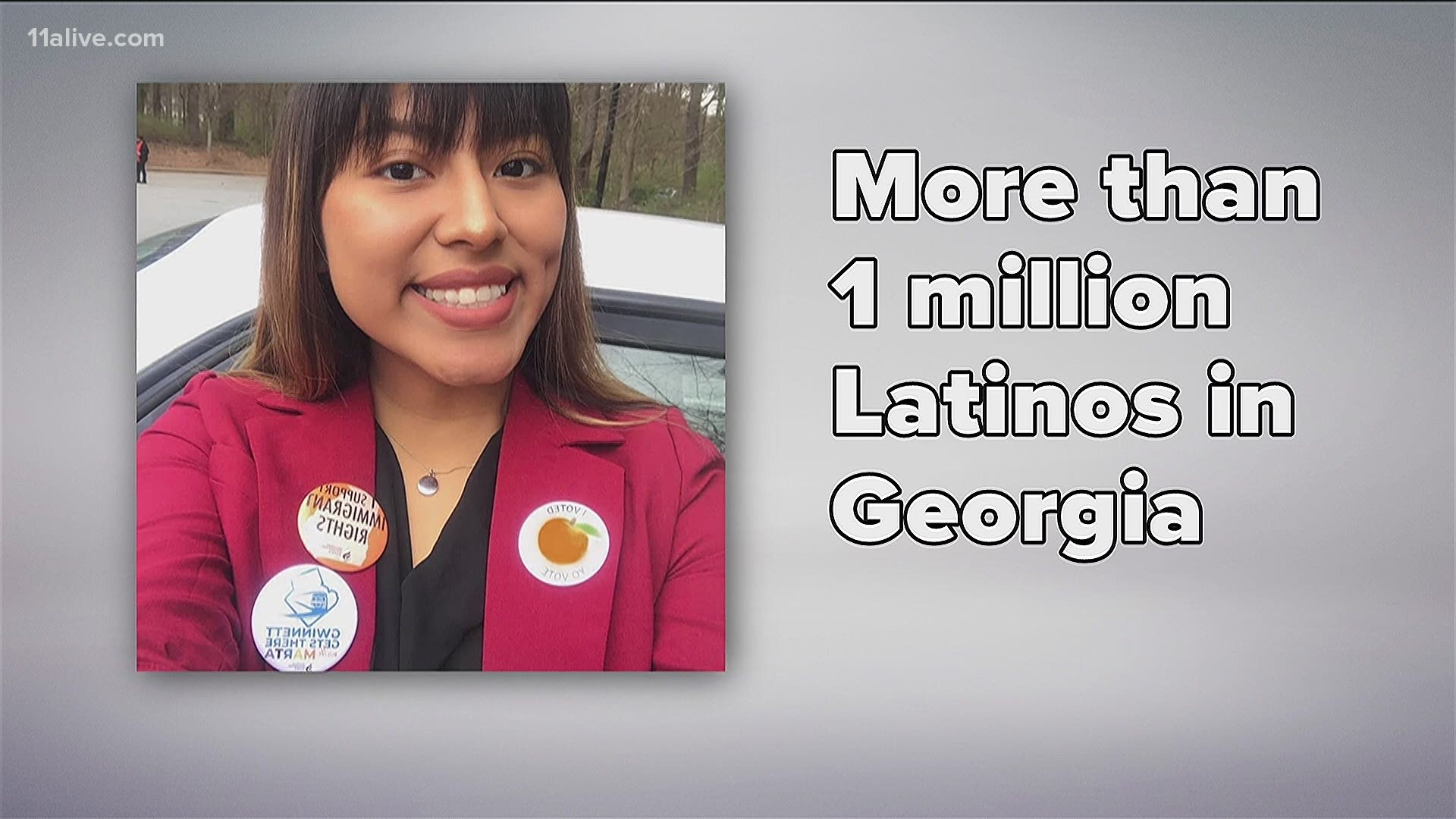 ATLANTA — According to the Pew Research Center, Latinos make up 5% of Georgia's electorate, with 377,000 of them eligible to vote. However, less than 300,000 of them are registered to vote.

This is why local organizations, like the non-profit Latino Community Fund Georgia (LCF), are encouraging that community to vote and volunteer across the state for the Senate runoffs.

"If you look for the margins of Georgia as a state going one way or another, we know we have contributed to that because we have been doing this work for many, many years," said executive director Gigi Pedraza.

LCF is working with other community organizations to increase civic participation within the Latino community -- whether that be by voting or volunteering.

"When you look at how fast our voting block has grown, it's huge! Not only that but the turnout rate for this election soared by 72%, so it's an increasingly influential community," Pedraza explained.

It's just the beginning of that growth. According to the Census Bureau, every 30 seconds, a Latinx person in the United States turns 18 and becomes eligible to vote.

Pedraza says 94% of children under 18 are already U.S. citizens and will be able to vote immediately once they reach that age, instead of having to apply for citizenship first.

"In the U.S. in general, it's around half of the Latino community that can vote," Pedraza said. "In Georgia, it's a third but it's only for now... because we have a third of our community turning 18 in the next 5 years."

That was Leslie Palomino just two years ago. This year was the first time voting in a presidential election for the now 20-year-old Georgia State University student and her sister.

"This year, my sister became a U.S. citizen and she registered right away and participated in this years' election," said Palomino, whose parents are Peruvian immigrants. "When we both walked into our voting booth we were emotional because we knew we were voting on behalf of our family."

Palomino will be text and phone banking through the organization Poder Latinx to encourage Latino voters to register to vote by the December 7th deadline, so that they can vote in the January runoffs.

"All eyes are on Georgia right now," she said. "We have the power to determine the fate of who controls the Senate. We play a vital role in building and strengthening our State's fabric. Our vote has an impact on federal, state and local elections."

LCF says it will continue these outreach efforts after the runoffs. It is working with organizations like GALEO, Coalition of Latino Leaders (CLILA), Los Vecinos de Buford Highway and the United Latino Association and the Hispanic Organization Promoting Education (HoPe).