Republican Senators David Perdue and Kelly Loeffler issued a statement to 11Alive when the vote was passed on Monday. 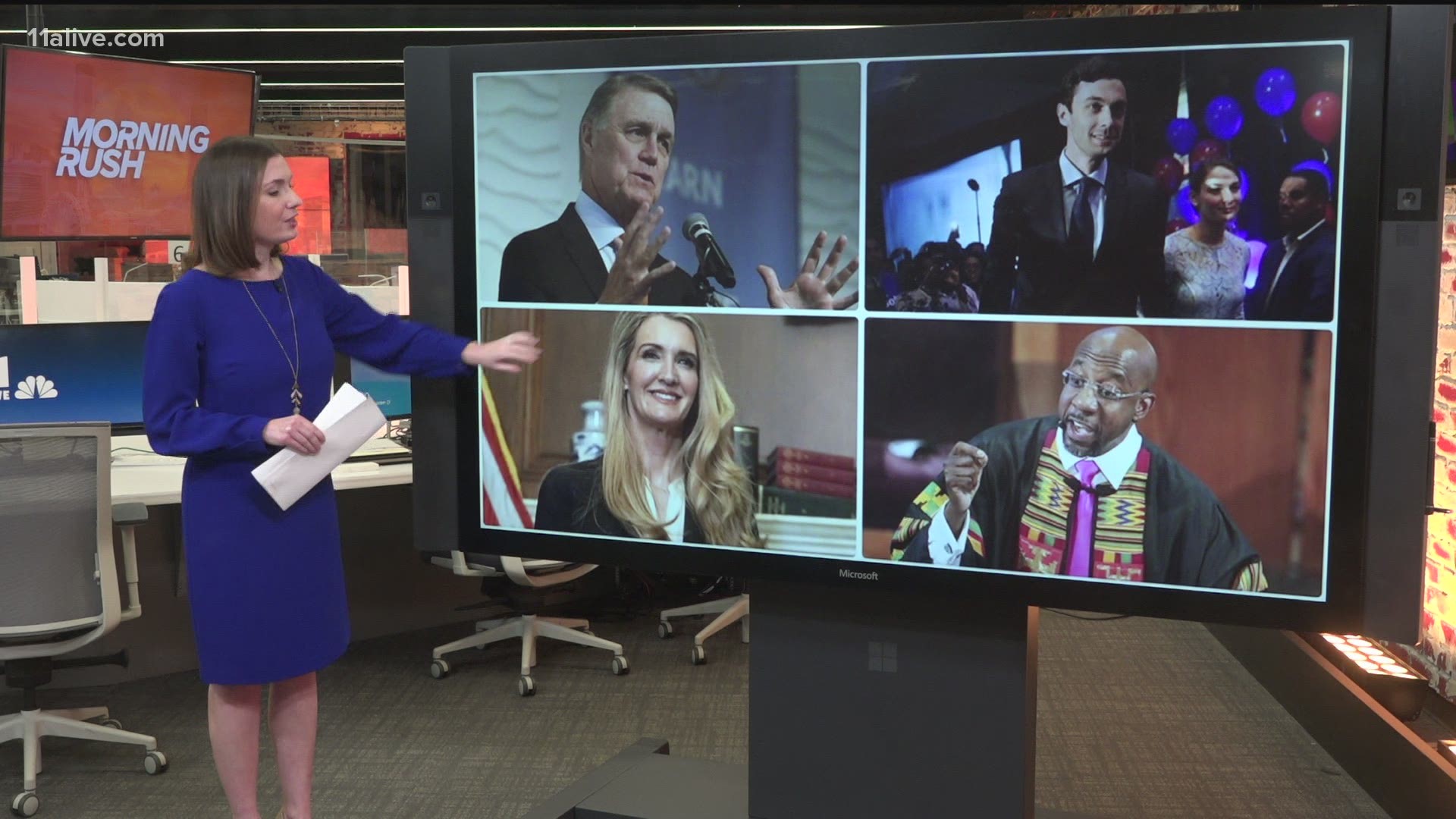 ATLANTA — Congress passed a $900 billion pandemic relief package on Monday and it heads to President Donald Trump's desk for his signature, which is expected within the coming days.

The bill combines coronavirus-fighting funds with financial relief for individuals and businesses. It would establish a temporary $300 per week supplemental jobless benefit and a $600 direct stimulus payment to most Americans, along with a new round of subsidies for hard-hit businesses, restaurants, and theaters and money for schools, health care providers, and renters facing eviction.

And while Democratic candidate for the U.S. Senate Jon Ossoff says it's good because everything helps, he told an MSNBC reporter on Tuesday that it's not enough.

"Look, I would have voted for the bill because people need help right now. But the bottom line is that $600 is a joke. It's a joke. People have been waiting eight months for the United States Senate to act," Ossoff said.

He said that when the house passed the relief in the summer, it was the Republicans who opposed the first round of $1200 checks. He said it was they who cut that amount in half just before the holidays.

"We need additional, substantial direct Covid relief, and the only way we'll get it is by winning these two Senate races in Georgia," he said.

"The bottom line is that $600 is a joke," Georgia Senate candidate Jon Ossoff says on Congress passing a coronavirus relief bill. "We need additional, substantial direct Covid relief and the only way we'll get it is by winning these two Senate races in Georgia." pic.twitter.com/XQc2eCilmu

"Together, we are delivering nearly $1 trillion in additional aid to the American people on top of the $3 trillion already disbursed," the statement read. "Over $47 billion has already gone directly to Georgia’s families, farmers, front-line workers, schools, hospitals, and more is on the way."

While Ossoff blamed the Republicans, to no surprise, Perdue and Loeffler put the blame on Democrats.

"Republicans have been voting to pass this relief since September – but for Democrats, it’s all politics all of the time and they voted it down until after the November election.”