Only a few hundred votes separate Jon Ossoff from runoff

50% plus one would mean Democrat could set sights on November 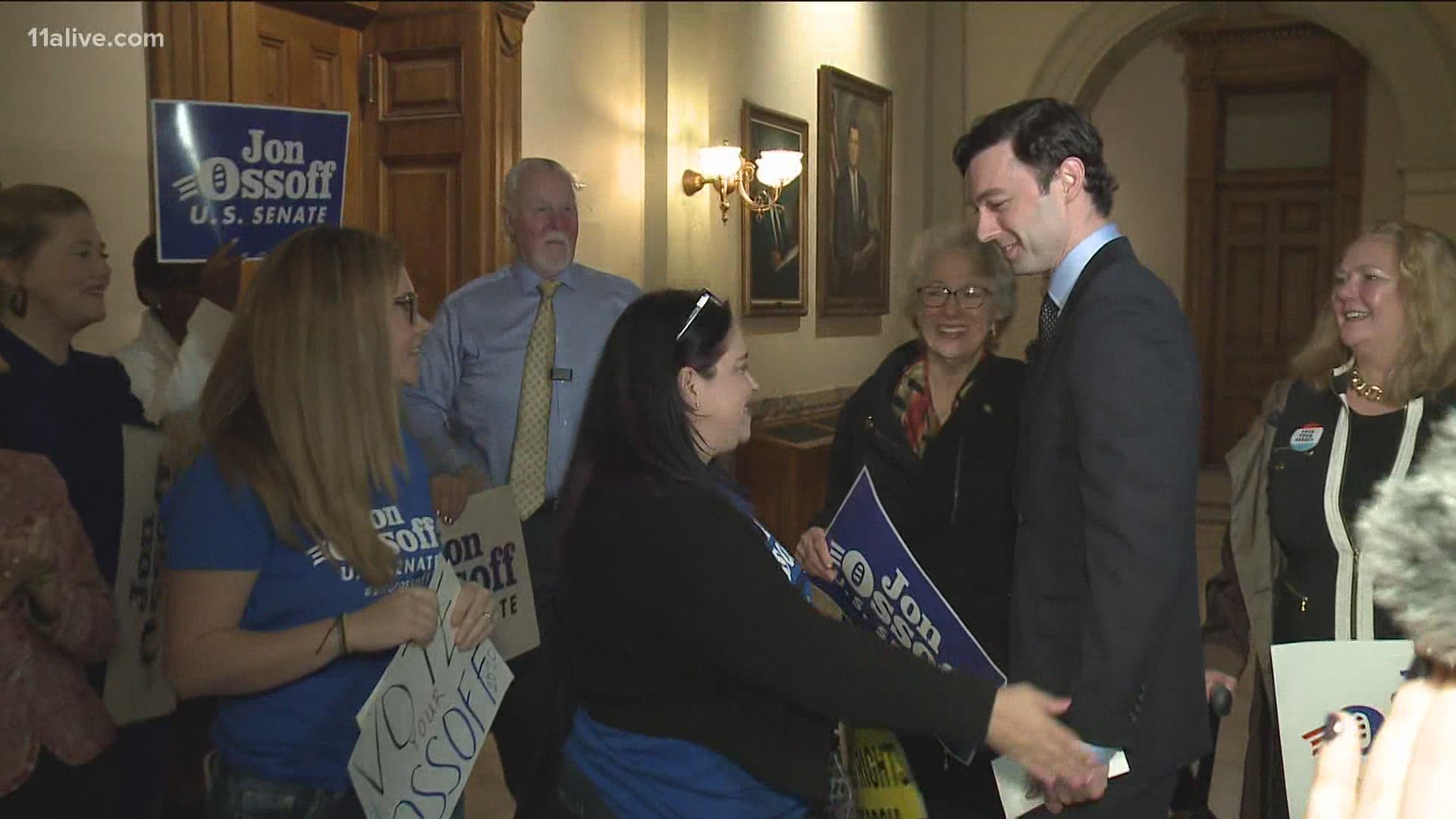 ATLANTA — Like most political candidates, Jon Ossoff’s personal appearances all but disappeared in March – shortly after the former congressional candidate qualified to run for the US Senate at the state capitol.

Ossoff was the face of the most expensive congressional race in human history in 2017 – when he narrowly lost a special election in the sixth district.

But his name recognition endured – as he hovered around the 50 percent mark for much of Wednesday.  Yet when we talked to him Wednesday afternoon – he wanted no part of declaring victory.

“I’m really not here to discuss the numbers, who’s on top and who’s not. And whether folks voted for me or voted for somebody else, I’m going to fight to make sure their votes are counted,” Ossoff told reporters in a virtual press conference.

Tomlinson is the second place finisher – and would face Ossoff in a runoff, if there is one.

“We know this. With $30 million in name recognition, every single Democrat who pulled a ballot knew who he was. And yet fifty two percent chose someone else,” Tomlinson said in an interview Wednesday. “Not because they don’t like him -- that’s not fair, that’s not accurate – but because he’s not ready for the United States Senate.”

After Tomlinson spoke with us, Ossoff’s lead grew – and the question becomes whether it’s enough for him to set his sights on Republican David Perdue instead of a Democratic runoff.