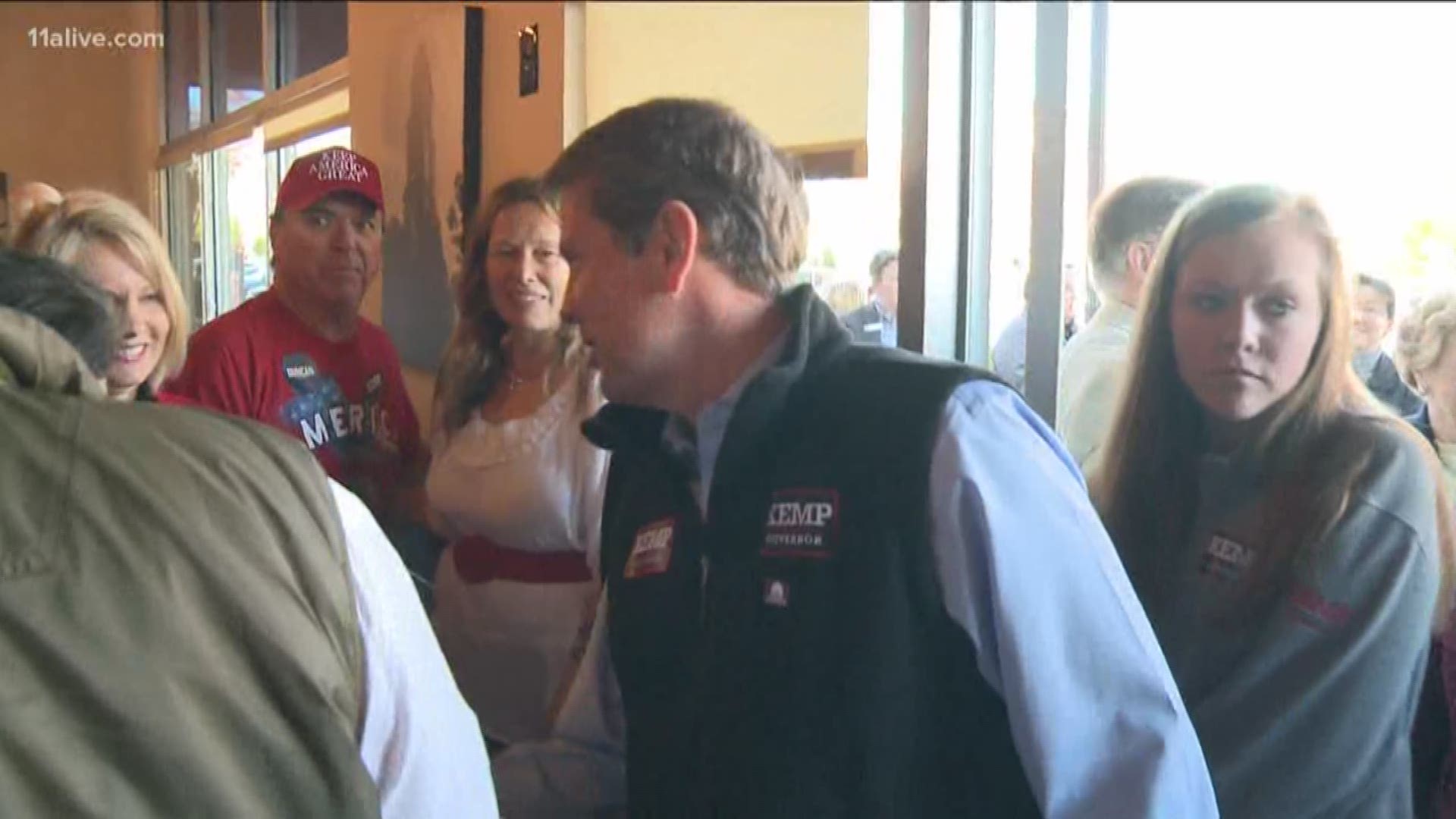 There are no days off for Georgia’s gubernatorial candidates Brian Kemp and Stacey Abrams.

Abrams stopped at a Kroger grocery store on Moreland Avenue in Atlanta on Saturday, with Congressman John Lewis by her side. Abrams was in Savannah, Ga. Monday.

“We are a much more diverse state than we were 20 years ago,” Abrams said. “The opportunities that we have are extraordinary, but we have to have leadership that will take advantage of those opportunities.”

Minutes away, Secretary of State Brian Kemp met with a packed room of supporters in Gwinnett County at a restaurant.

“The last polls that I’ve seen, we are ahead. So, I feel good about that, but it’s definitely tight,” Kemp said. “We got to get our folks out to vote. They have been. I think we’ll have a big day on Tuesday.”

Early voting has ended in Georgia on a high note. So far, over 2 million people have voted early – a 120 percent increase since the last midterm election in 2014.

RELATED | What are the Georgia amendments on the 2018 ballot?

President Donald Trump will join Kemp for a rally in Macon on Sunday, capping off a week of heavy hitters who have visited Georgia to throw their support behind both candidates.

Both candidates seem confident heading into Election Day on Tuesday.

“Somebody asked me the other day if I was worried or nervous and I’m really not,” Kemp said. “We’ve done everything we can do.”

Abrams said she’s going to continue encouraging people to get out to vote.