Paper ballots will not be used in the November election in Georgia, here is why

The current system was adopted by the state of Georgia in 2002. Although it is user-friendly and easy to tabulate, experts say there is no way to audit votes taken on the machines. 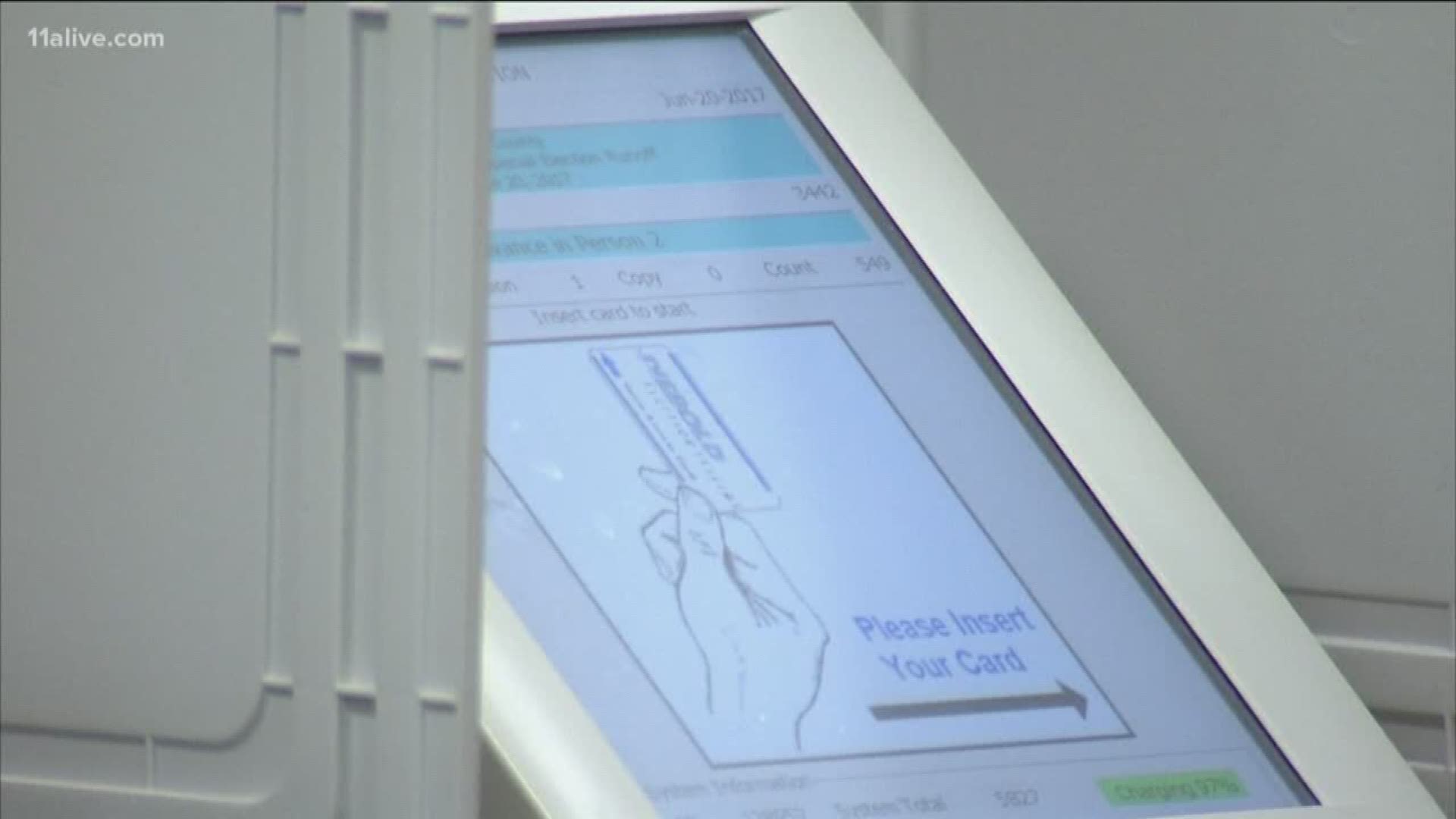 ATLANTA -- US District Court Judge Amy Totenberg said late Monday evening that while she shares the worries of voting integrity advocates about Georgia's electronic voting machines and their vulnerability to hacking, she says forcing the state to convert to paper ballots before November's general election is too risky.

Advocates had sued election officials over the state's touchscreen voting machines. They said the machines are unreliable, vulnerable to hacking and that no means of confirming that votes had been recorded correctly is available.

The current system was adopted by the state of Georgia in 2002. Although it is considered user-friendly and easy to tabulate, during last week's hearing, experts pointed out there is no way to audit votes taken on the machines.

"It's akin to whispering a vote behind a curtain and hoping somebody else writes it down," said attorney David Cross, who represented three Georgia voters suing for an emergency injunction to abandon the system.

In her 46-page opinion, issued late Monday, Totenberg said that while she was denying the injunction as it relates to this year's election, she was advising the Defendants and state officials to revisit the issue as quickly as possible. She said that if the case comes back before the court, they would insist on moving forward on an expedited schedule.

"The parties have strongly intimated that this case is headed for immediate appeal. But if the case stays with or comes back to this Court, the Court will insist on further proceedings moving on an expedited schedule."

State officials, including current Secretary of State Brian Kemp, who is also the current Republican nominee for governor, say that the elimination of paper ballots this close to the election would create chaos.

Early voting for the November election begins on October 15. The general election is November 6.

During last week's hearing, Totenberg repeatedly expressed concern about the voting technology, saying "It's not just a theoretical, paranoid notion" that the machines are vulnerable as federal officials repeatedly warn against nation-states directing their energies against American democratic institutions. She acknowledged the challenges sudden challenges would force upon state and county officials this fall if a sudden change were to take place ahead of this year's election."