It was one of the biggest races in metro Atlanta Tuesday night. 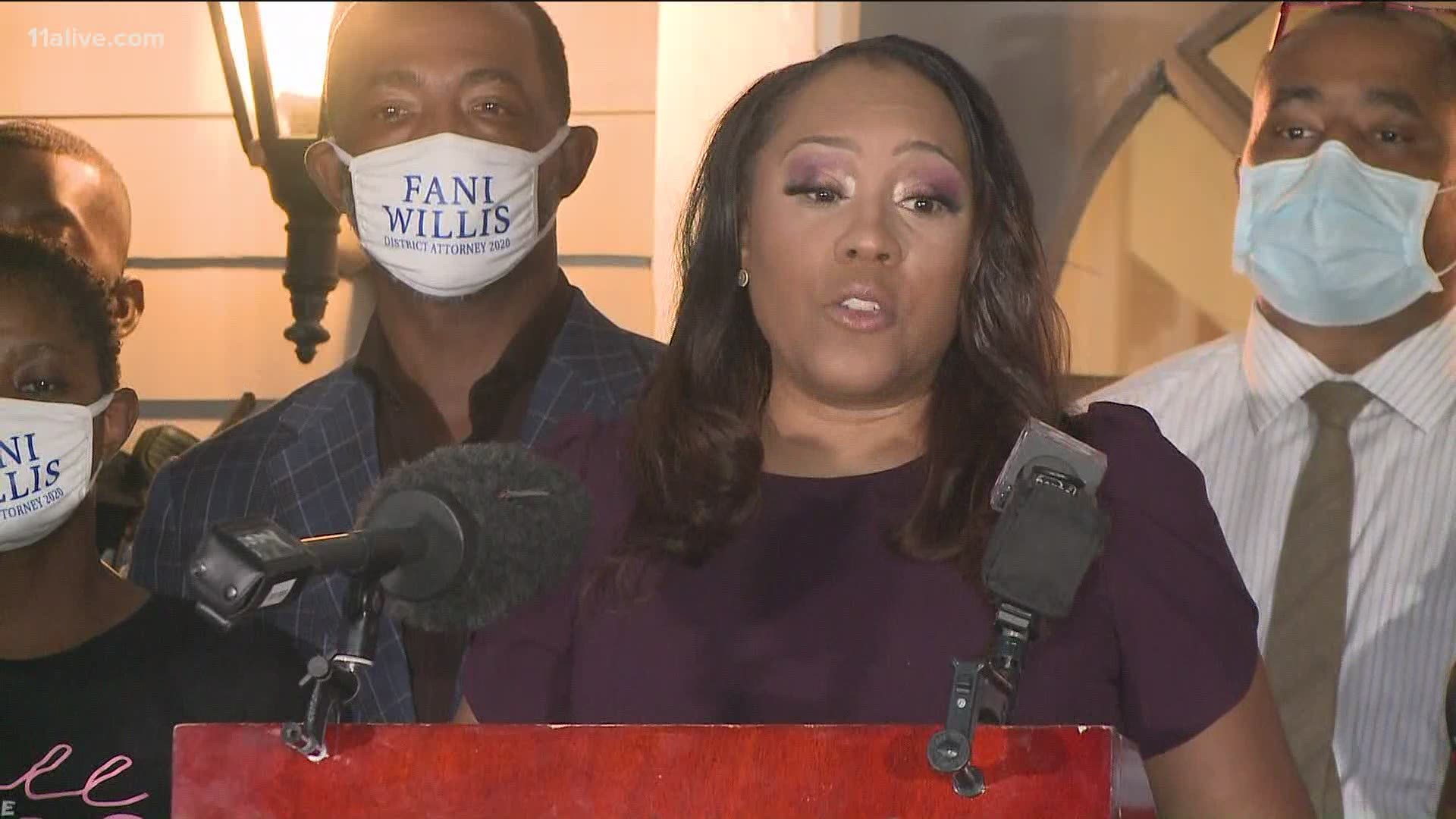 Willis and Howard worked together previously when she was one of his assistant district attorneys.

Howard has been the Fulton County District Attorney since 1997 and is currently serving his sixth term.

There were no Republicans that qualified for the race so this puts Willis in the driver seat on the November ballot. Tuesday night, she talked about why she believed voters supported her.

"Justice to victims, but who will also bring compassion and common sense to every case, and seek to repair what's broken, not just seek retribution," she said."

Howard said in his speech that he would still do everything in his power to make sure "we continue to have one of the safest places in the country."

"I want Fani to know that I will extend my every effort to make sure that her transition is a smooth one," he said.

Listen to the remarks from Willis and Howard below.

11Alive News is your source for Election Day stories, fact-checking and results. To get an alert when the results begin to populate, download the 11Alive app and sign up for alerts.

Results will populate below as they are confirmed through the Secretary of State’s office. Because of absentee ballot counting, it could take longer than normal to tally all the votes and call some races.

Check back to this page as the results come in.