Pence to Georgia Republican voters: Defend the GOP majority in the Senate 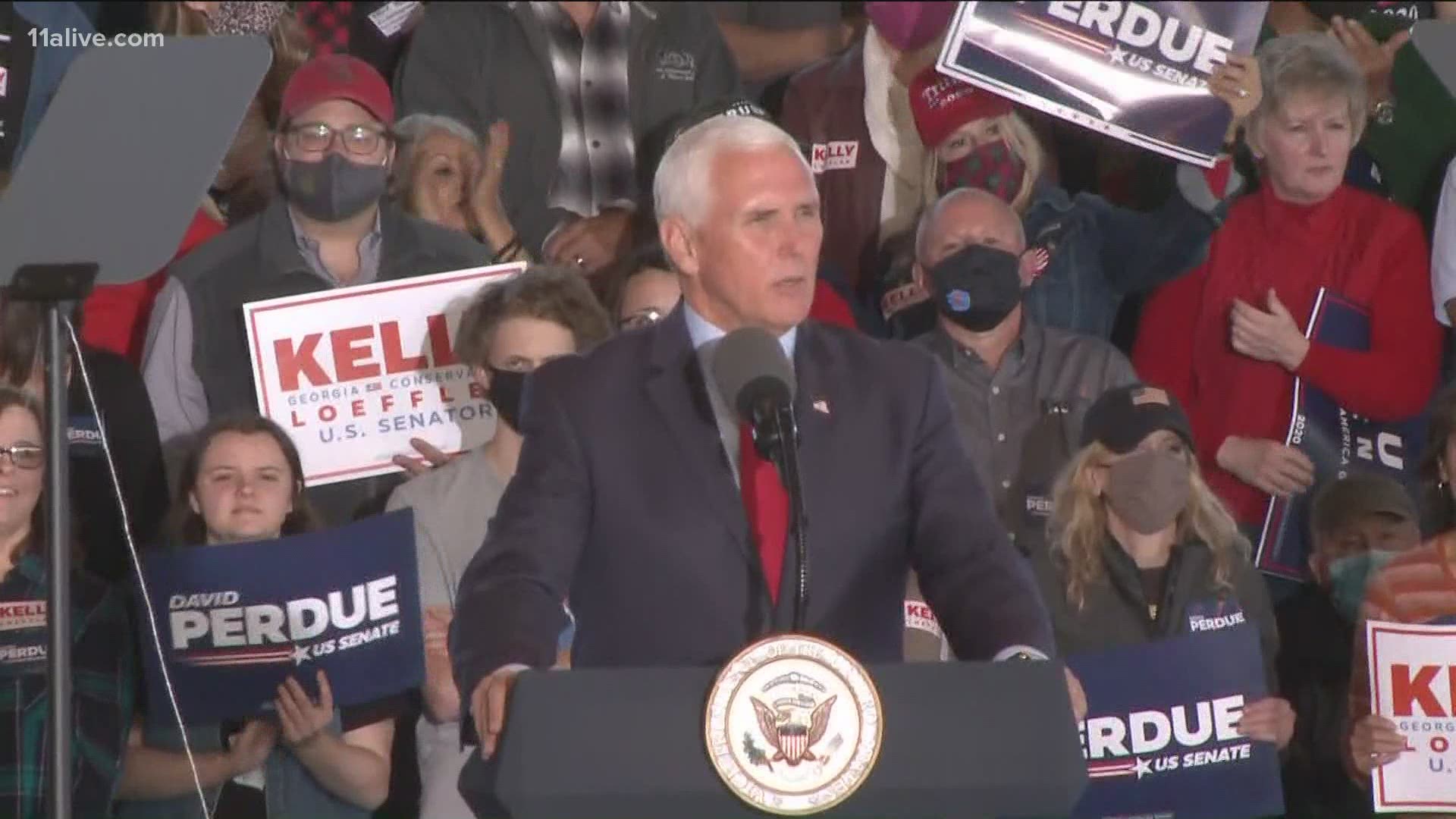 GAINESVILLE, Ga. — The profile of Georgia’s US Senate runoff rose even more on Friday as Vice President Mike Pence visited two north Georgia communities to stump for the two Republican incumbents in the race.

Senators Kelly Loeffler and David Perdue were joined by Pence, imploring voters to help them win the Jan. 5 runoff election.

It was as if the presidential campaign was still underway, judging from all the MAGA attire present, along with the enthusiasm of the crowd.

Pence mostly put the presidential race behind him and remained focused on Georgia’s US Senate runoffs.

The vice president later spoke in Gainesville, adding that he supports President Donald Trump's efforts to count "every legal vote" in the presidential election earlier this month.

But Pence's primary purpose for being in Georgia was to push the candidacies of Loeffler and Perdue. The two are locked in what is likely to be a tight runoff election that will likely determine political control of the United States Senate.

"The road to a Senate Republican majority goes straight through the state of Georgia," Pence shouted to the crowd in Canton. "Are you with me?"

Pence worked the crowds, actively encouraging them to vote early. During his Canton appearance, the vice president actually read the street address of the Cherokee County Board of Elections Office in an effort to get them to begin voting early starting Dec. 14.

The vice president sidestepped conspiracy theories that have energized some Republicans who yearn to contest the outcome of the presidential election along with Trump.

"Trump’s votes were stolen. I truly believe that," said Vicki Patterson of Jasper, without citing evidence for her claim. "The Democrats stole it."

Patterson said the presidential election has damaged her confidence in the upcoming Jan. 5 Senate runoff election.

"I have heard some people say that," said Virginia Galloway, a Republican from Hiram. "I really discourage that line of thought. If you beat yourself, that’s your fault."