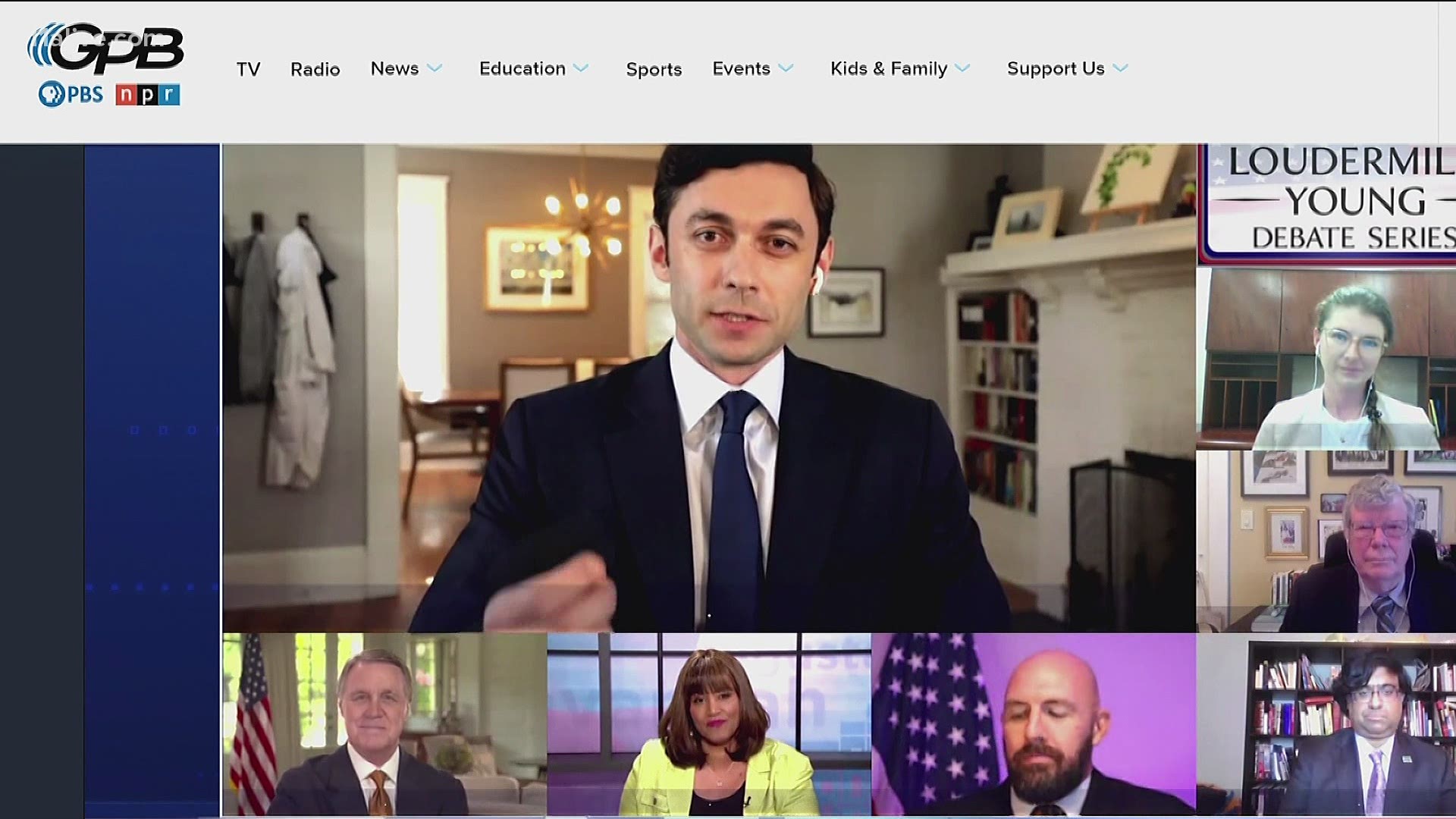 ATLANTA — Two candidates vying for a Georgia seat in the US Senate faced off in a debate this afternoon.

Perdue mentioned President Trump only once in the 60 minute debate – but decried what he called Ossoff's "radical socialist agenda” a half dozen times.

"We can see you reading from the notes your staff has prepared you, and the question was about this COVID-19 pandemic," Ossoff said early in the face-off.

In the virtual debate for Perdue’s US Senate seat, Ossoff reminded viewers that Perdue has backed the president consistently – from the economy to the pandemic.

"You assured us the risk to Americans was low and compared it to the common flu," Ossoff said.

"The quote you're giving there is totally misleading," Perdue responded. "You left off the back part where we said 'you need to take this very seriously' and we did."

Asked for a rebuttal, Ossoff said:  "Look up from your notes and answer the question. Do you believe President Trump has done everything in his power to protect the people of Georgia during this pandemic?"

Perdue: "I absolutely do, Jon, and I’ll tell you this. If the Democrats had been involved we’d have anarchy like we have in Portland and Chicago and California."

Shane Hazel, the Libertarian candidate made a pitch to the undecided.

"Ladies and gents, if you’re sick of this kind of stuff and you want principled consistency... you’re not going to get it with these types of politicians," Hazel, a podcast host and military veteran said.

The Libertarian candidate is unlikely to win – but he could prevent Perdue or Ossoff from exceeding a fifty percent majority in November.  If that happened, there would be a runoff in January.