The president would not say at a Friday press conference that he backed the theory itself despite being pressed on the question a second time. 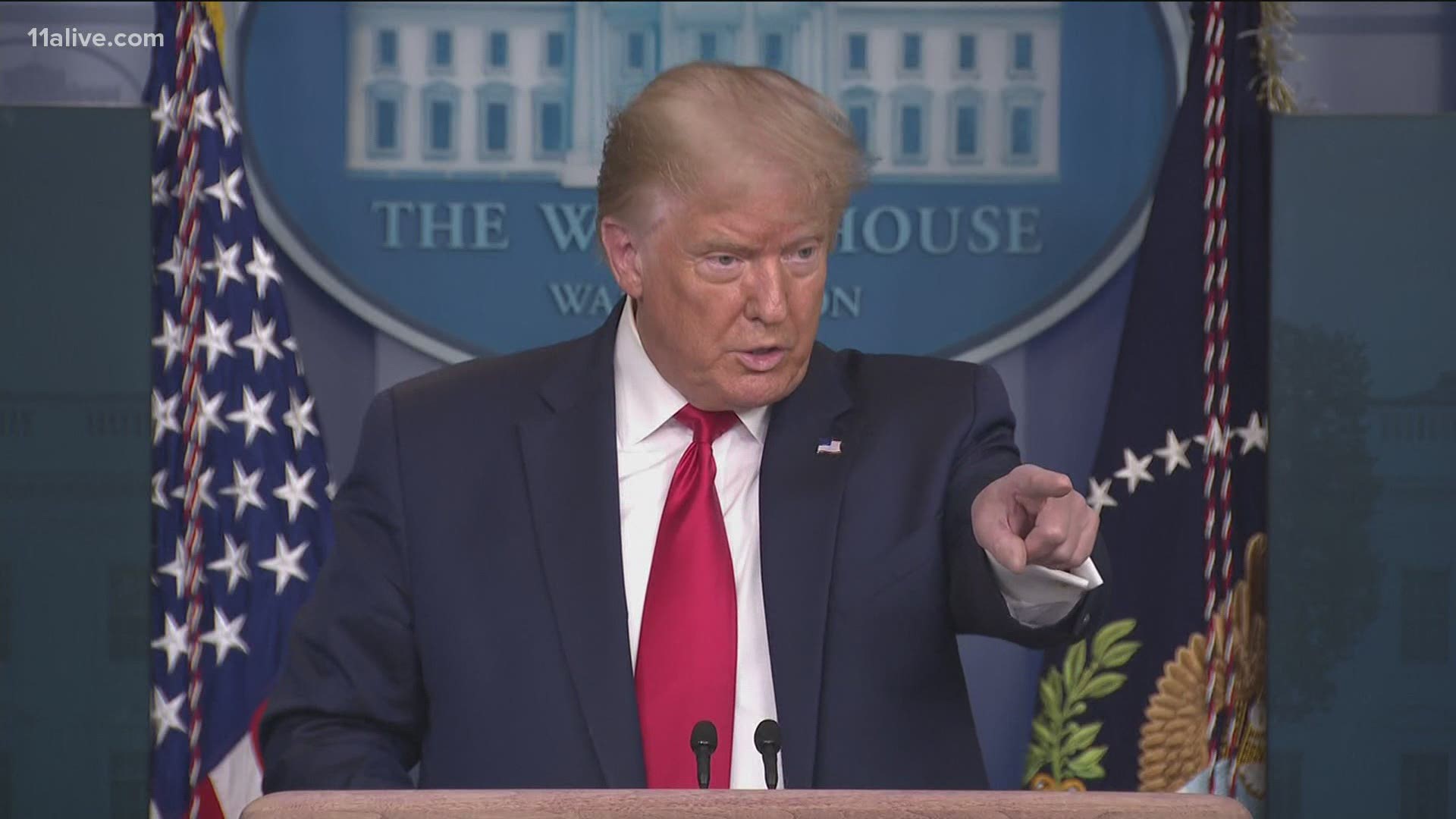 ATLANTA — President Donald Trump, on Friday, refused to answer questions about whether he supports a conspiracy group that one Georgia candidate publicly backed earlier in the week.

The president congratulated Marjorie Taylor-Greene for her runoff victory in Georgia's 14th District. Greene has publicly supported QAnon - a massive deep state conspiracy theory. During Friday's White House press briefing one reporter asked him about his support for Green and her beliefs. Here's that exchange:

Reporter: “[You] congratulated Marjorie Taylor Greene in a tweet. You called her future Republican star and Greene has been a proponent of the QAnon conspiracy theory. She said that is something that should be - would be - worth listening to. Do you agree with her on that?”

Trump: Well, she did very well in the election. She won by a lot. She was very popular. She comes from a great state and she had a tremendous victory. So, absolutely, I did congratulate her.”

The reporter went on to question the president on whether he supported her theories; however, he didn’t answer the follow-up question and went on to the next reporter.

The president would not say whether he supported that conspiracy group but clearly backs Greene. The FBI has already issued a warning about QAnon calling them a potential terror threat.