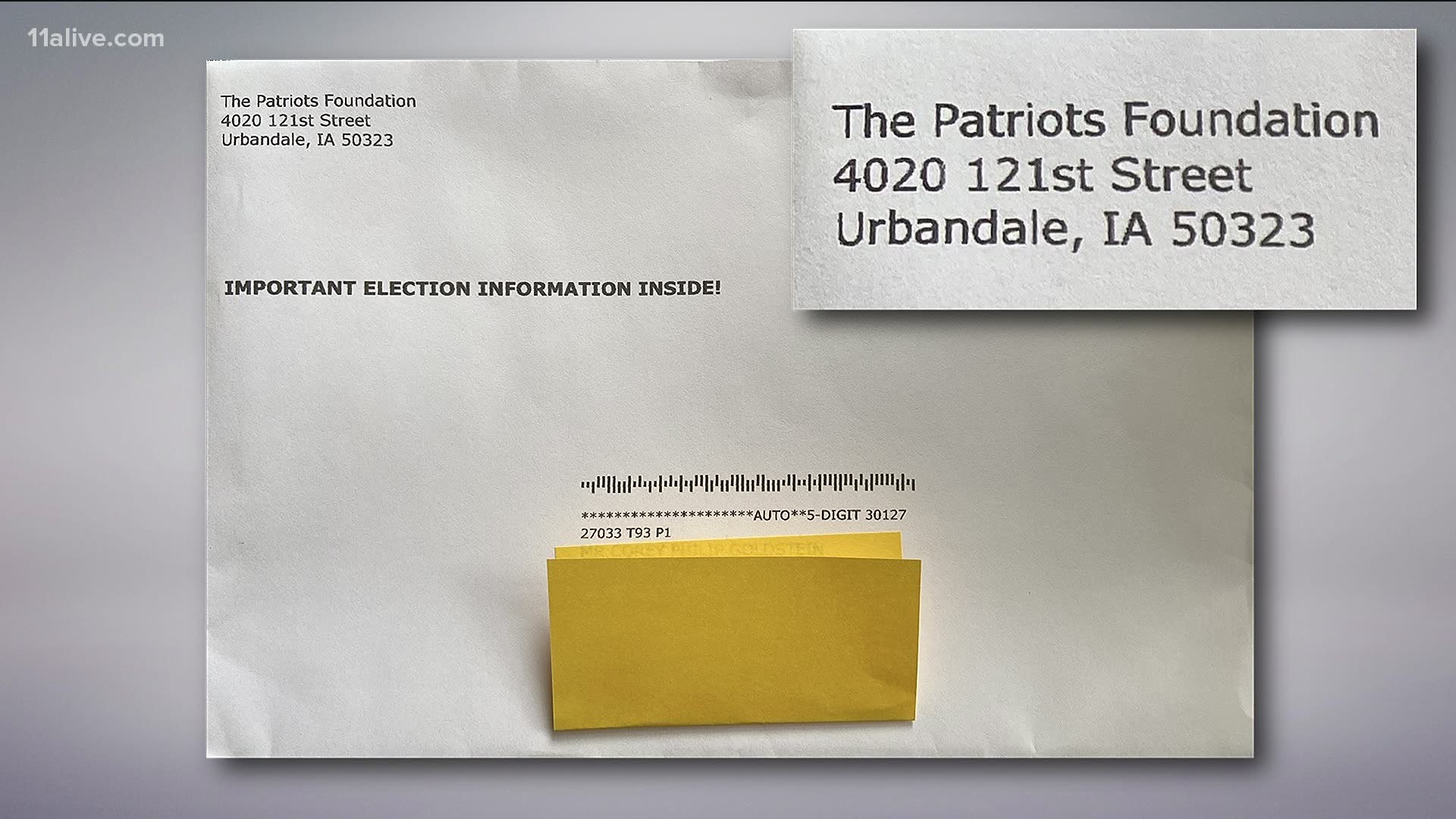 ATLANTA — Although Georgia stopped sending out unsolicited absentee ballot applications, some voters are still getting such applications from outside groups, raising questions about their legitimacy.

State data shows absentee balloting in the August runoff has been twice as popular as early in-person voting – easily explained by the pandemic.

Stacey Goldstein says she had pondered voting absentee, and was surprised by a piece of mail she got that contained an absentee ballot application. The application came out of the blue, with an Iowa return address.

"It just seemed weird. And there was nothing official about it, so I was wondering why I received that, because I didn’t request it," Goldstein said Monday.

Inside the envelope, Goldstein found an absentee ballot application that’s almost identical to the one on the Georgia Secretary of State’s website.  The return address was The Patriots Foundation, described on the internet as a conservative watchdog group.

A spokesman for the Patriots Foundation, Craig Robinson, told us by email: "The Patriots Foundation is conducting a non-partisan voter turnout effort in various states around the country.  We encourage all voters who are eligible to exercise their right to vote, and if they are permitted to vote by mail to consider doing so."

The mailing envelope accompanying the application was the legit Cobb County election office. That makes this mailer credible, says Gabe Sterling of the Secretary of State’s office.

"Make sure the address is going to your county and not to the third party organization," Sterling said. "Because a lot of times they will say, send us the application, and they will take all your information" without necessarily forwarding it.

Because the state isn’t sending out unsolicited absentee ballot applications this summer, it’s leaving a void for groups like the Patriots Foundation, and others.

Although her ballot looked legit enough, Goldstein says her five by eight inch application was almost too small to fill out.  "I think now I’m going to request an official ballot," she said.

This will be a much bigger issue this fall, when turnout for the presidential election is expected to be way higher than in next week’s primary runoff.

Voters who get unofficial applications might want to click the link to the Secretary of State's website, where they’ll find links to the official absentee ballot application, to make a comparison.

Or they could just use the official application.