A press conference is scheduled for 10 a.m. 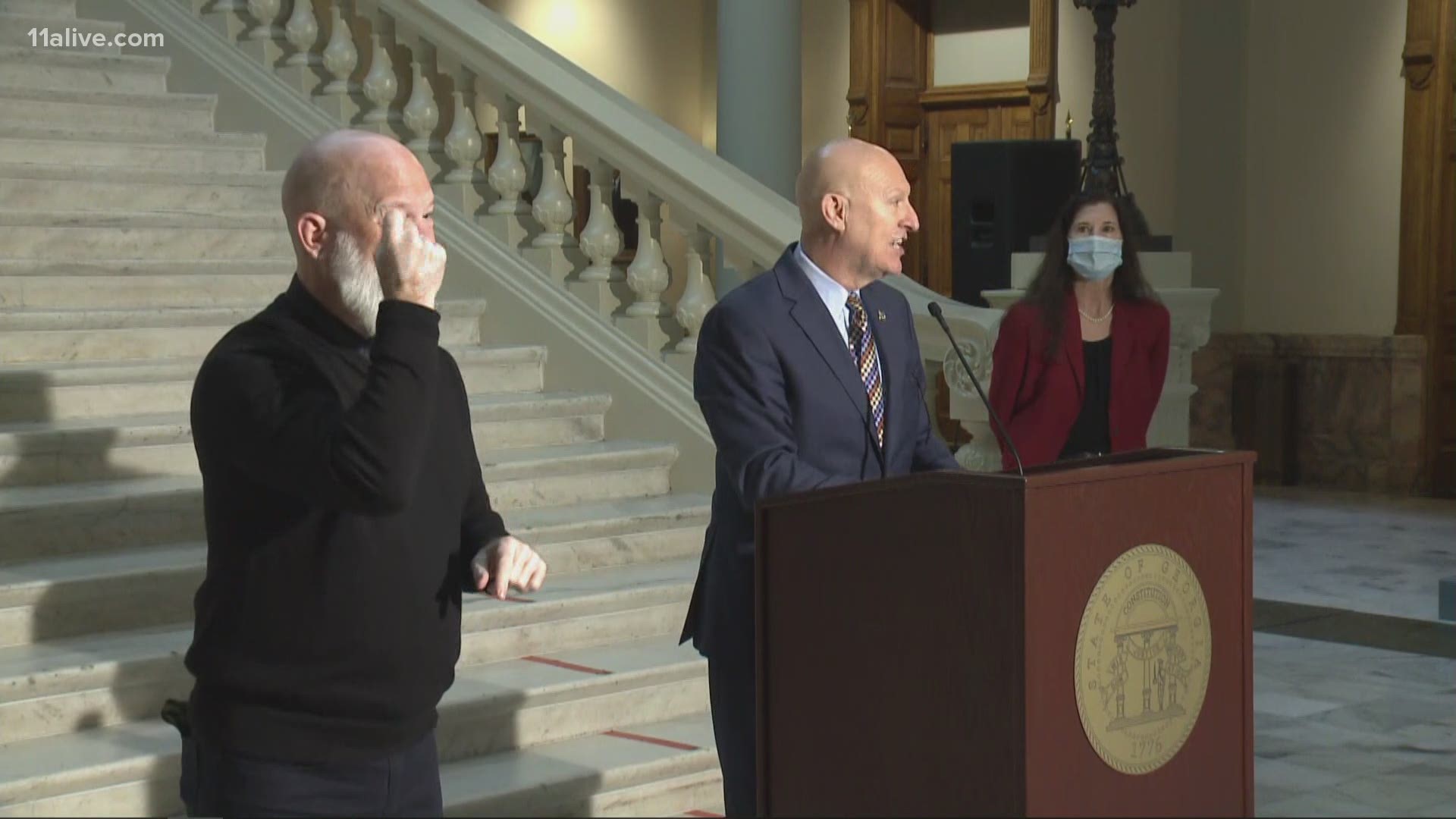 ATLANTA — UPDATE: The press conference has concluded. You will be able view it in the video player above or on our YouTube channel shortly.

The Georgia Secretary of State's Office will provide an update this morning, as early voting winds down ahead of the Jan. 5 Senate runoffs.

Election Day itself is next Tuesday, Jan. 5.

More than two million people have voted so far in Georgia's runoffs, which will determine the balance of the U.S. Senate.

The Secretary of State's Office will be conducting a news conference at 10 a.m. Wednesday morning at the State Capitol.

A release noted that "Georgia continues to set records for voter turnout and election participation."

The press conference comes the morning after the Secretary of State's Office released the results of a signature match audit conducted in Cobb County.

That audit was ordered by Sec. of State Brad Raffensperger and done in conjunction with the Georgia Bureau of Investigation following repeated pressure by President Donald Trump and his allies for a look at the envelope signatures, which they have contended would reveal widespread fraud in the Nov. 3 general election.

According to the audit, the GBI found nothing to suggest significant fraud. Just two mistakes.

"What they determined was a couple of irregularities that would not have changed the outcome of the elections," said 11Alive political analyst Andra Gillespie.

The GBI and Secretary of State's Office investigators "reviewed 15,118 ABM ballot oath envelopes from randomly selected boxes that stored the 150,431 ABM ballots received in Cobb County for the November 3, 2020 General Election," according to the audit report.