The Republican incumbent is accused of soliciting campaign contributions on U.S. Capitol grounds, which is strictly against the law. 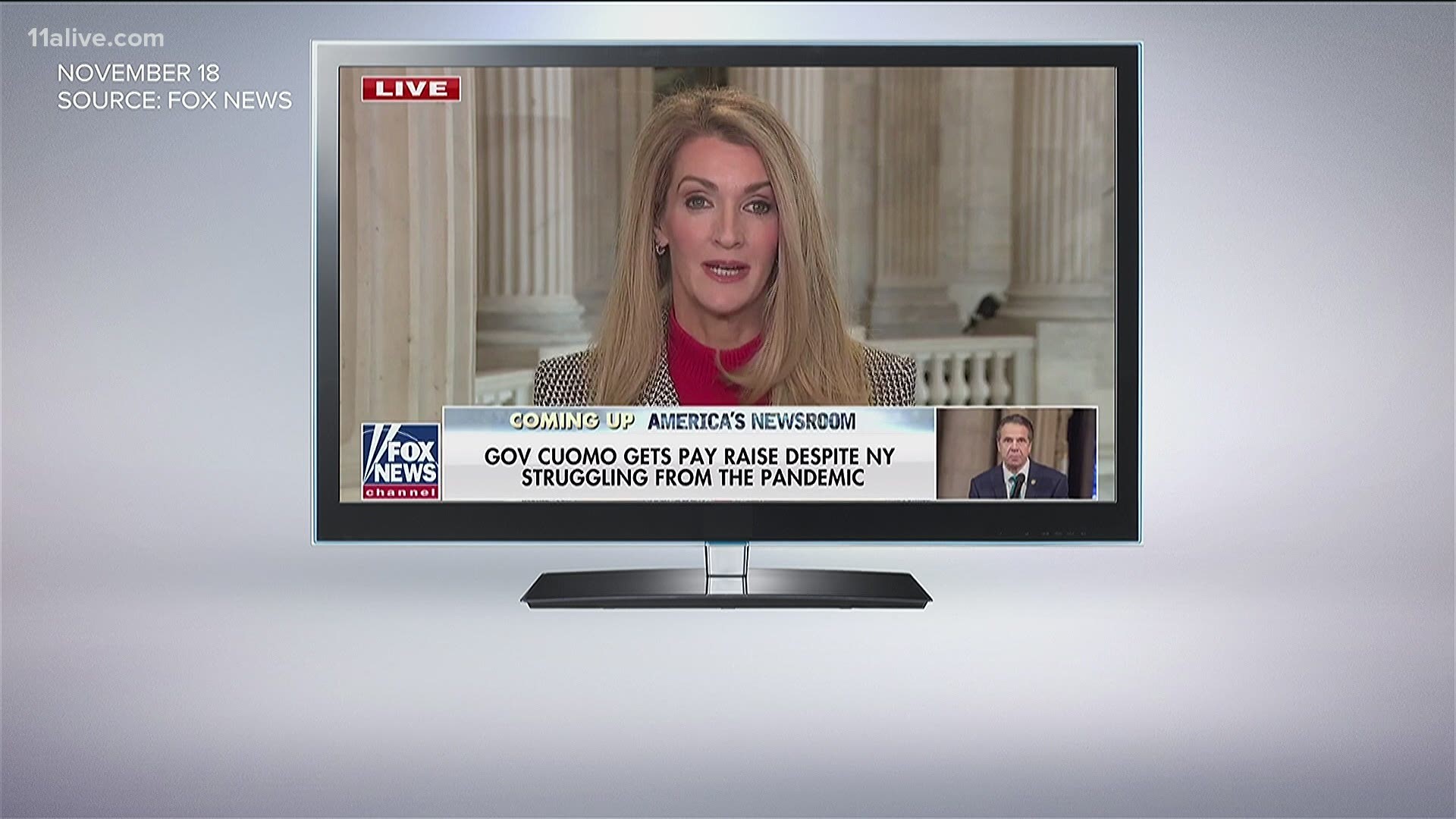 WASHINGTON — Standing in front of the pillars inside the Russell Senate Office Building, in Washington, on Wednesday, U.S. Sen. Kelly Loeffler (R - Ga.) was being interviewed on Fox News Channel.

When asked about campaign contribution totals in her U.S. Senate race against Democratic challenger, Rev. Raphael Warnock, the incumbent Republican said, "We know that hundreds of millions of dark, liberal money is pouring into our state. That's why it's so important that everyone across the country get involved. They can visit KellyforSenate.com to chip in 5 or 10 bucks to get involved, or volunteer. But what we have to do is make sure Georgians vote at the polls."

The Democratic Party of Georgia took issue with the Loeffler directing viewers to contribute to her campaign as she stood inside a federal building.

The party has now filed a complaint with the U.S. Senate Select Committee on Ethics and a request for an investigation with the Department of Justice.

In the complaint and request for an investigation, a law on elections and political activities is referenced. Senate ethics rules paraphrase the law as "Senate Members and staff may not receive or solicit campaign contributions in any federal building."

When asked for comment on the complaint, Stephen Lawson, communications director for Loeffler's campaign, questioned past comments Rev. Warnock has made about police, military, Israel, and called the issue involving Loeffler, a "frivolous ethics complaint filed by Democrats."

Meanwhile, in a statement sent to 11Alive, Scott Hogan, executive director of the Democratic Party of Georgia wrote, "Senator Kelly Loeffler has once again chosen to use her position of power for personal and political advantage by illegally asking for donations on national television while on federal property."

"This is par for the course in the final days of an election. You see partisans throwing ethical charges and filing these sort of cases with ethics bodies," said Brian Robinson, a Republican consultant and president of Robinson Republic.

Robinson previously worked for seven-plus years at the U.S. Capitol and as an aide in the office of former Republican Congressman Lynn Westmoreland.

He called the filing of the complaints against Loeffler a political tactic.

"What I saw during my time there, members were very conscientious about separating the official from the political," Robinson said. "I'm sure that is very true for Sen. Loeffler as well. What this is really about is sitting in your official office in the House or Senate and dialing for dollars from donors. Asking for money for your campaign or even worse if someone comes into your office for a meeting and while there soliciting them for a campaign contribution. That is frowned upon and frankly something that I didn't see."

Robinson said Loeffler wasn't in her office, but standing in a portion of the capitol where senators often head for live television interviews with news stations.

He added that Loeffler has only been in the Senate for a matter of months after being appointed to fill Sen. Johnny Isakson's seat following his retirement until a special election could be held for the remainder of his term.

"I'm sure that she knows not to raise money in-person or on the phone in her office," Robinson said. "But it may not have occurred to her in that moment, that this was an ethics breach. I obviously don't think there was any ill intent, there was no wilfulness in breaking a rule and it isn't a major violation, regardless. I don't think anybody thinks she was selling the office by making an appeal on television for people to support her campaign."

While answering questions from reporters he was asked about how the televised hearing may impact campaign fundraising in his reelection bid against Democratic challenger Jaime Harrison. Graham responded “I don’t know how much it affected fundraising today, but if you want to help me close the gap, LindseyGraham.com. a little bit goes a long way,” Graham said.

NBC station WMBF reported during a campaign appearance days later in South Carolina, "Graham called the situation a “non-story” and said he did not believe he violated any rules."

The Senate Ethics Committee hasn't released information on how the complaint against Graham was handled or resolved.