Sen. Loeffler and Rev. Warnock will be on the ballot again in January. 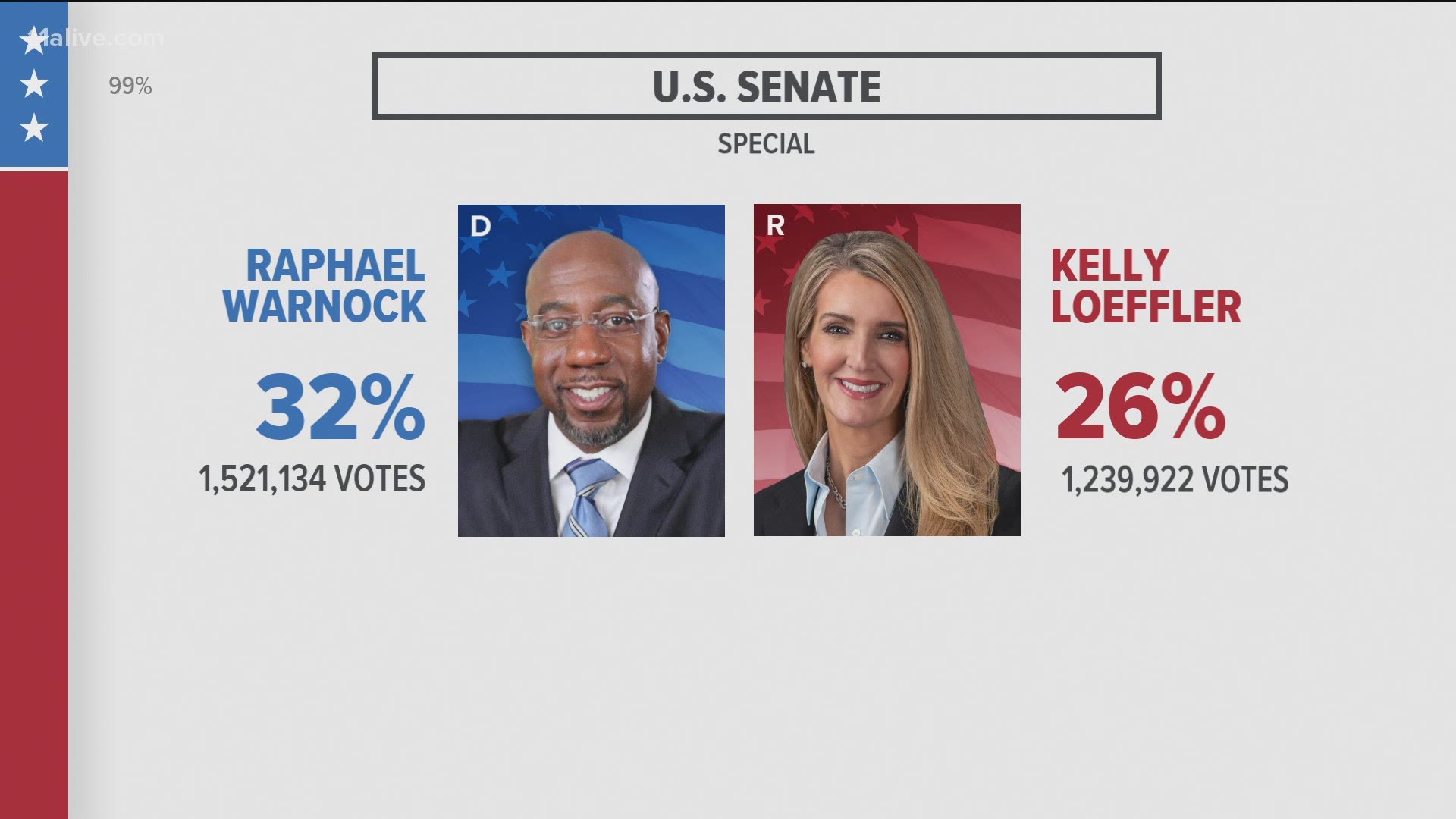 ATLANTA — Following Tuesday’s election the special election to finish the rest of the retired Senator Isakson is going to a runoff. Races go to a runoff when neither of the candidates gets a margin of 50% plus one vote. The two candidates with the most votes qualify for the runoff.

Democrat Rev. Raphael Warnock and Republican Sen. Kelly Loeffler have both qualified for the runoff. The Associated Press called the runoff Tuesday night. As votes continue to be counted in some counties, Warnock had 32% of the vote to Loeffler's 26%.

Georgia's other Senate race for Sen. David Perdue's seat remains uncalled as of Wednesday evening. Perdue, a Republican, is leading Democratic challenger Jon Ossoff. Either candidate will need to get 50% of the vote plus 1 vote to claim victory and escape a runoff.

Candidates in the runoff will face another election on January 5, 2021.

The deadline to register to vote for the runoff is December 7.

Early voting for the runoff will begin on December 14, 2020.