Service member says he was suddenly dropped from voter registry

A soldier who protects our right to vote says he and his father were mysteriously taken off the Georgia voter rolls. 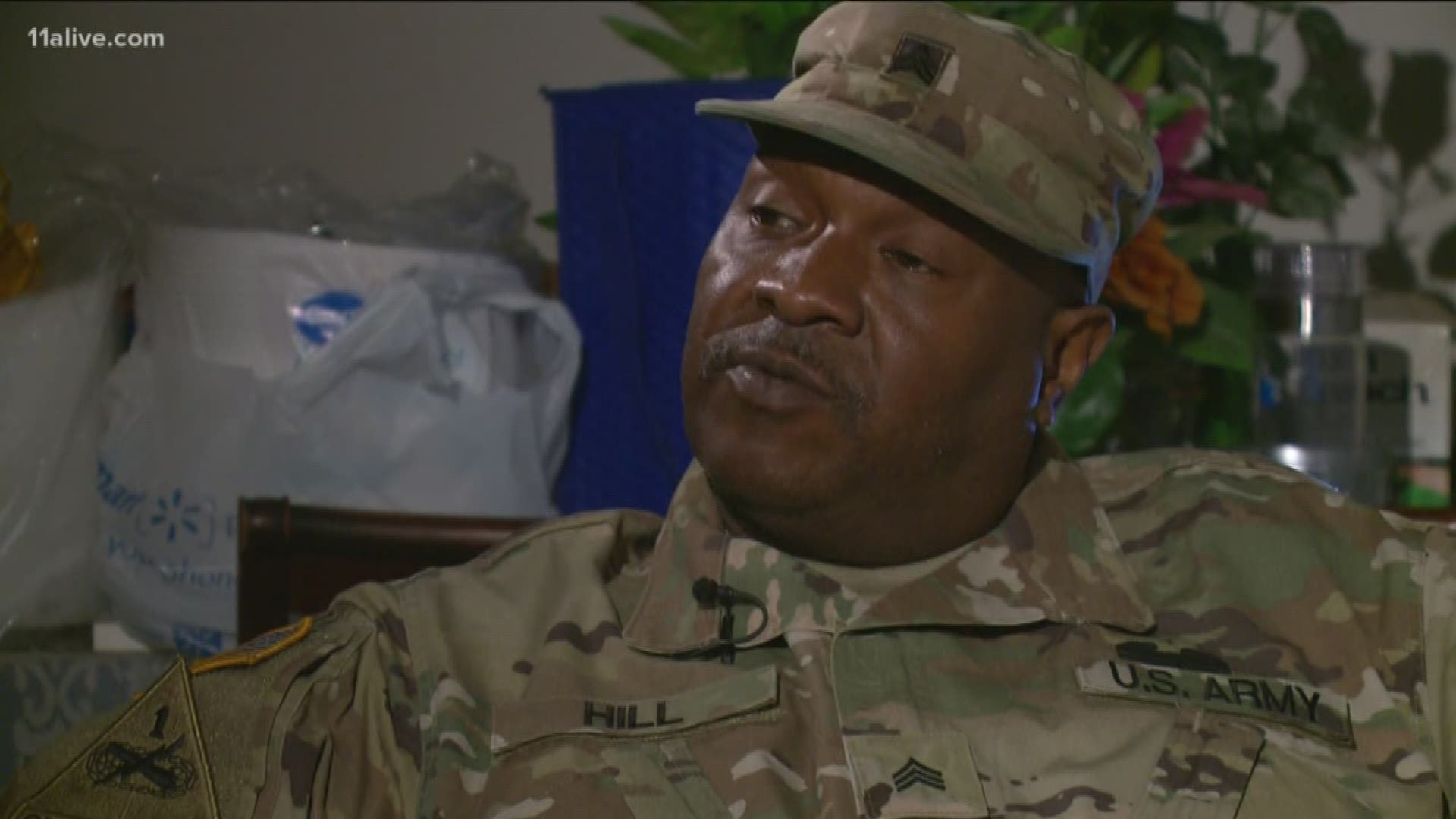 They volunteer helping others register to vote. There's even a half-dozen poll workers in the family.

So, when Hill - who's served 31 years in the Navy and Army - found out he was no longer on the list of registered voters, he contacted 11Alive to help him find out why.

But no matter what part of the world he was serving in Hill said he made sure to vote in all major elections - and some special elections, too.

“I felt that was my patriotic duty to vote and that way my voice would be heard,” Hill explained.

But to his surprise, during a voter registration event - he realized neither he nor his father showed up on the state of Georgia’s official list of registered voters.

“I even send absentee ballots when I was overseas, and it's never been a problem, and now I'm off the list?" he questioned.

He told 11Alive's La’Tasha Givens he had a moment of panic.

"The first thought that went through my mind was, 'what if I couldn't vote?' So many people before me have fought for this right, and now all of a sudden you tell me I can't vote," he said.

Hill's niece Shermela Williams said this is an all-too-common story she hears while volunteering at voter events.

“I think it truly is an issue that there are people who have been purged from the list for whatever reason, and don't even know it, and had no notification,” Williams said.

11Alive News reached out to the Secretary of State’s Office. This is what we found out:

1. Hill and his father were not included in the recent voter purge. That’s when the state removed thousands of voters because they hadn’t voted in recent elections and hadn’t been in contact with election officials for several years before then.

A spokesperson believes the discrepancy happened on the county level.

Despite what happened, Hill thinks he is one of the lucky ones.

“There are people out here who don't even know they have been taken off the list," he said.

“They would have shown up at the polls and had no clue that they were purged and tragically not been able to vote in this election,” Williams added.

11Alive reached out to the Fulton County Registrar's Office to find out if their records would show when changes were made. We also wanted to know if there was an administrative error on their end or on the voter's end. At the time of publishing, we have not received a response.

The Secretary of State's Office said Sgt. Hill and his father should simply re-register. Officials added that this is a reminder for all voters to check their own status, because out of their entire family, they were the only two who were no longer registered.

To check your voter registration status, go to the Secretary of State's My Voter Page.

Instead of jailing an accused shoplifter, they went above and beyond to help homeless mom, 4 kids