The suit was originally dismissed by a federal judge last month. 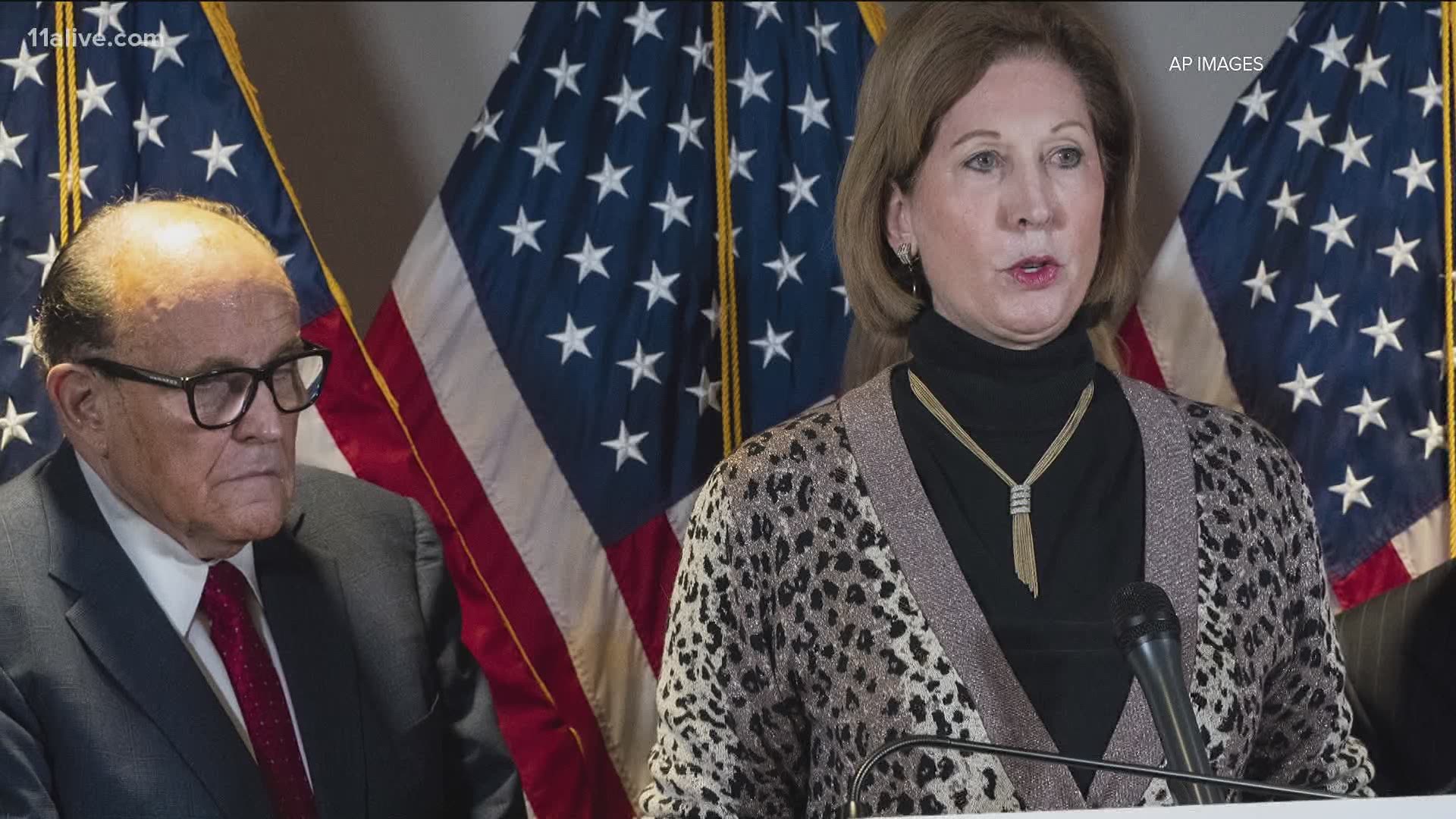 ATLANTA — The expansive lawsuit that alleged a sprawling conspiracy to rig Georgia's election in favor of President-elect Joe Biden has come to a quiet end.

The so-called "Kraken," which perhaps did more to whip into a frenzy those who believed the 2020 election was fraudulently stolen from President Donald Trump than any other legal effort mounted in the weeks following Nov. 3, was voluntarily withdrawn on Tuesday by attorney Sidney Powell.

In a motion filed at the 11th Circuit Court of Appeals, Powell and the other attorneys on the suit agreed with the defendants, included among them Gov. Brian Kemp and Sec. of State Brad Raffensperger, to have the case dismissed.

It had been among a number of election-related lawsuits that were denied expedited hearings by the Supreme Court earlier this month, and with Biden set to be inaugurated tomorrow it was bound to be deemed moot going forward.

The suit was swiftly dismissed by a federal judge in the Northern Georgia district court in early December. It never was heard at the 11th Circuit, which Powell had tried to bypass directly to the Supreme Court with a failed legal maneuver to consolidate her nearly identical "Kraken" cases in other states.

The lawsuit was founded on a conspiracy theory that Dominion Voting Systems, the company that supplies voting machines for Georgia and other states, was founded for the deceased Venezuelan president Hugo Chavez so he could rig elections in that country and ultimately, in Georgia, was put to use by the state's Republican officials to hand the election to Biden.

Despite Georgia's hand audit confirming the original election results, the lawsuit insisted the counting in that process was also corrupted.

The suit relied almost wholly on conjecture and supposition to craft the outlines of its argument, but ultimately its evidentiary shortcomings did not matter - both in Georgia and with its iterations in other states, the suit was routinely tossed for failing to clear basic legal procedural hurdles, such as suing the right people, suing in the right court and asking for relief a court could grant.

On that latter matter, Powell's requests - that millions of absentee ballots be invalidated and that a judge unilaterally declare President Trump the winner in Georgia among them - were described as "the most extraordinary relief ever sought in a court in an election" by Judge Timothy Batten, the Northern Georgia district judge who dismissed the suit in December.

When the case was dismissed last month, Sec. Raffensperger put out a statement that said the "claims in the Kraken lawsuit prove to be as mythological as the creature for which they're named."

"Georgians can now move forward knowing that their votes, and only their legal votes, were counted accurately, fairly, and reliably," the secretary said.

The agreement filed Tuesday, signaling the end of the lawsuit, said only: "Appellants submit this Joint Motion to Dismiss, showing the agreement of all parties hereto that this case be dismissed, each party to bear their own costs. Wherefore, the parties respectfully request that this appeal be dismissed."

You can see the filing below: