The case was dismissed by a U.S. District Court in Atlanta on Monday. 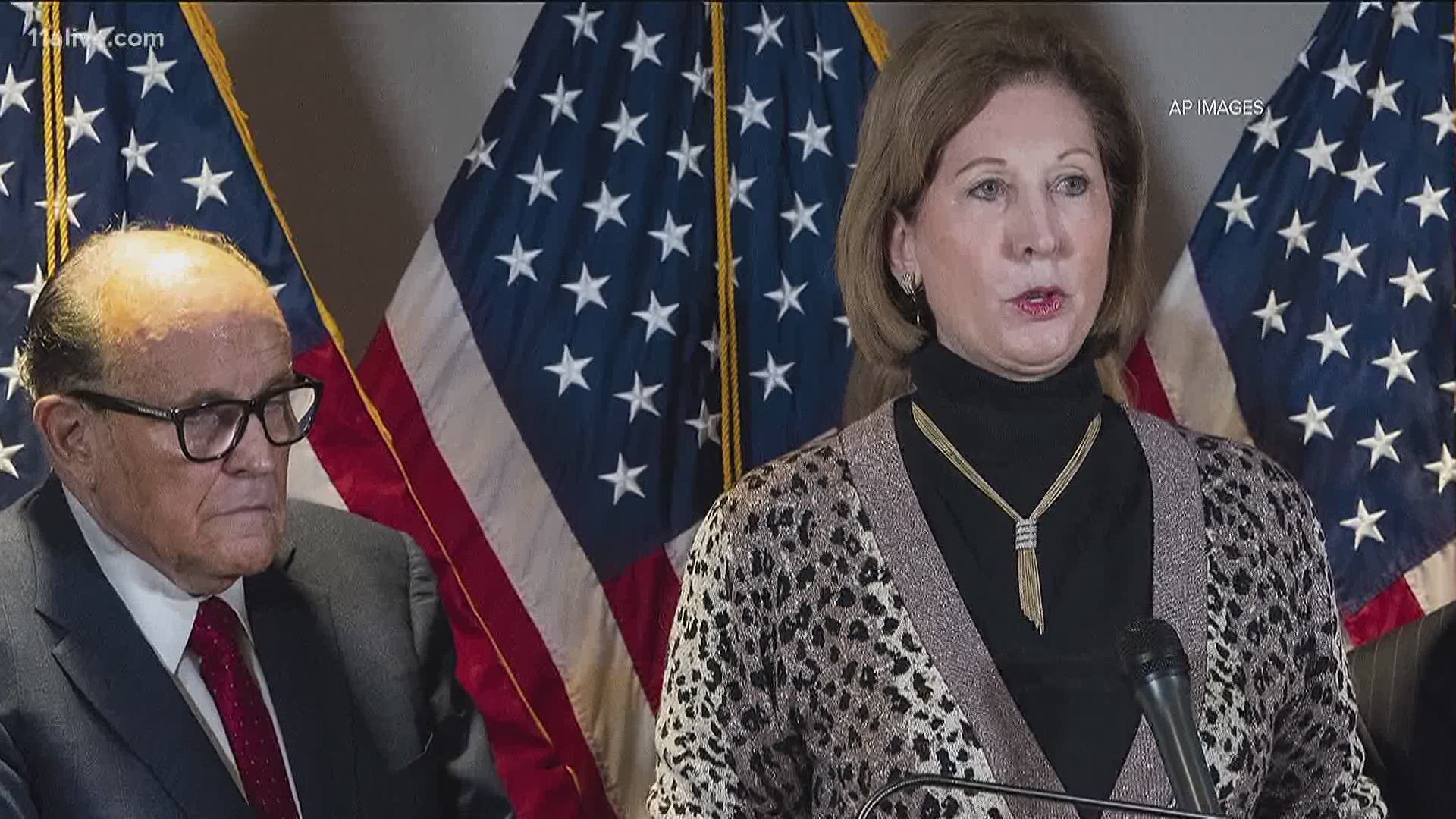 ATLANTA — Attorney Sidney Powell on Tuesday filed an appeal for her so-called "Kraken" lawsuit alleging a wide-ranging conspiracy to rig the election for Joe Biden in Georgia.

The suit was swiftly dismissed after a hearing the day before by Judge Timothy Batten in the U.S. District Court for the Northern District of Georgia.

It's unclear if the 11th Circuit Court of Appeals in Atlanta will hear the case. The 11th Circuit affirmed the District Court's dismissal of another election challenge, brought by attorney Lin Wood, last weekend.

Judge Batten expressed strong skepticism to Powell's arguments throughout the hearing, and one thing he returned to multiple times was the jurisdictional issue of whether the suit should have been brought in state court.

He also said that the relief Powell seeks with her suit - among other things, invalidating Georgia's 1 million absentee ballots and declaring President Trump the winner in the sate - is something "this court cannot grant."

He characterized it as "the most extraordinary relief every sought in a court in an election."

It does not appear Powell will file a state court suit, with another suit filed in state court on behalf of the president - the first to bear his name as a plaintiff in Georgia - in Fulton County this week.

The sprawling "Kraken" suit at its core alleges a wide-ranging conspiracy perpetrated by international and domestic actors to use Dominion Voting Systems, the company that makes the voting machines for Georgia and a number of other states, to rig the election for Joe Biden, in large part by switching votes from President Trump to Biden.

Powell and those who have given testimony for her have instead argued that in Georgia, fraudulent ballots were inserted into the system and the hand-count was conducted in a manner to deliberately overlook them. They have not offered direct material evidence of this, instead at a Georgia Senate hearing last week presenting data analysis and accounts of various individuals who served as poll workers or observers during the election and audit.

In a filing over the weekend, the state's lawyers motioned to bar the admission of testimony from nearly all of the lawsuit's expert witnesses who would present the analyses that are core to the suit's contention that Biden's vote total in Georgia is not legitimate. The state argued these witnesses are both not qualified to present themselves as experts and have not sufficiently disclosed the methodologies by which they present their analyses.

After the suit was dismissed, Georgia Sec. of State Brad Raffensperger issued a statement saying: "The claims in the Kraken lawsuit prove to be as mythological as the creature for which they’re named. Georgians can now move forward knowing that their votes, and only their legal votes, were counted accurately, fairly, and reliably.”