Signature matching can't be done during Georgia's audit | Here's why

Some have called for the statewide audit to include signature matching, but by the regular state processes it's already been done twice. 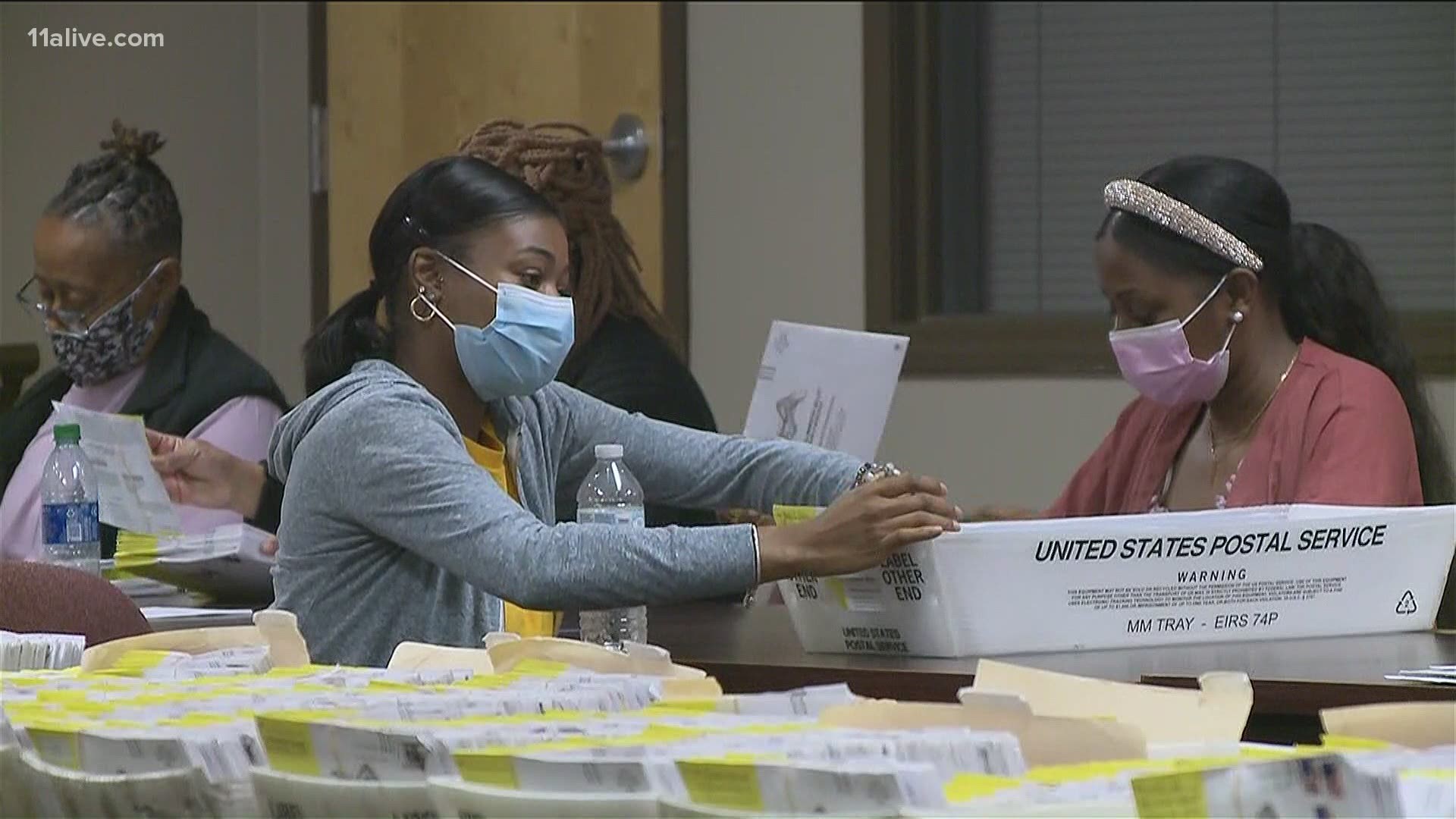 ATLANTA — UPDATE: On Thursday night, Dec. 3, Gov. Brian Kemp called for an audit of the envelopes absentee ballots were mailed in, on which there are signatures. This process would not be able to identify individual votes that should not have been cast, as this article outlines, but it would potentially identify an undetermined number that were not properly handled. It's not yet clear if the state will conduct such an audit.

It's something President Trump has raised as a sticking point while Georgia has conducted its audit, and something his supporters have frequently asked for from the state: Signature matching.

The thing with the signature matching process, though, is it's already been done - and it can't be done again.

Here's the deal: Georgia's laws require county election workers to check the signature when they first get an absentee ballot in the mail or from a drop box.

Basically, you request an absentee ballot, and you sign an oath affirming you are who you say you are on the envelope you put that ballot in, and then you send it to the county election office. The worker there takes it, checks your signature to verify you are who you say you are, and then sends it along to be counted. That's how signature matching happens in Georgia in its most basic form.

Now, the Georgia Secretary of State's Office actually added a signature matching step this year: When you requested an absentee ballot, they required a signature on your absentee ballot request form (or, if you requested it online, made you submit your driver's license number when you made the request through the Secretary of State's online portal).

So they checked your signature before even sending you a ballot, and then checked it again when they received your ballot.

Here's why they can't do that again, during the current hand-count audit

When President Trump says something like "Georgia won’t let us look at the all important signature match," what he is asking for - to look at the signatures again - is literally impossible.

The reason for that lies inside the Georgia state constitution itself: It clearly stipulates that, "Elections by the people shall be by secret ballot and shall be conducted in accordance with procedures provided by law." (emphasis added)

To comply with that, the only place your signature appears is on the envelope you sent it in. Once an election worker counting votes opens your envelope and takes out your ballot, there is no way to re-connect them.

Counties do keep the envelopes for records purposes, according to Gabriel Sterling in the Secretary of State's Office, but, again - there's no way to connect an envelope with your signature back to your ballot. It simply can't be done.

So when the president says the audit is "meaningless" without going back and looking at signature matching, please understand: It's already been done twice, and there is just no humanly possible way to do it again.