Polls closed at 7 p.m. and results are in. 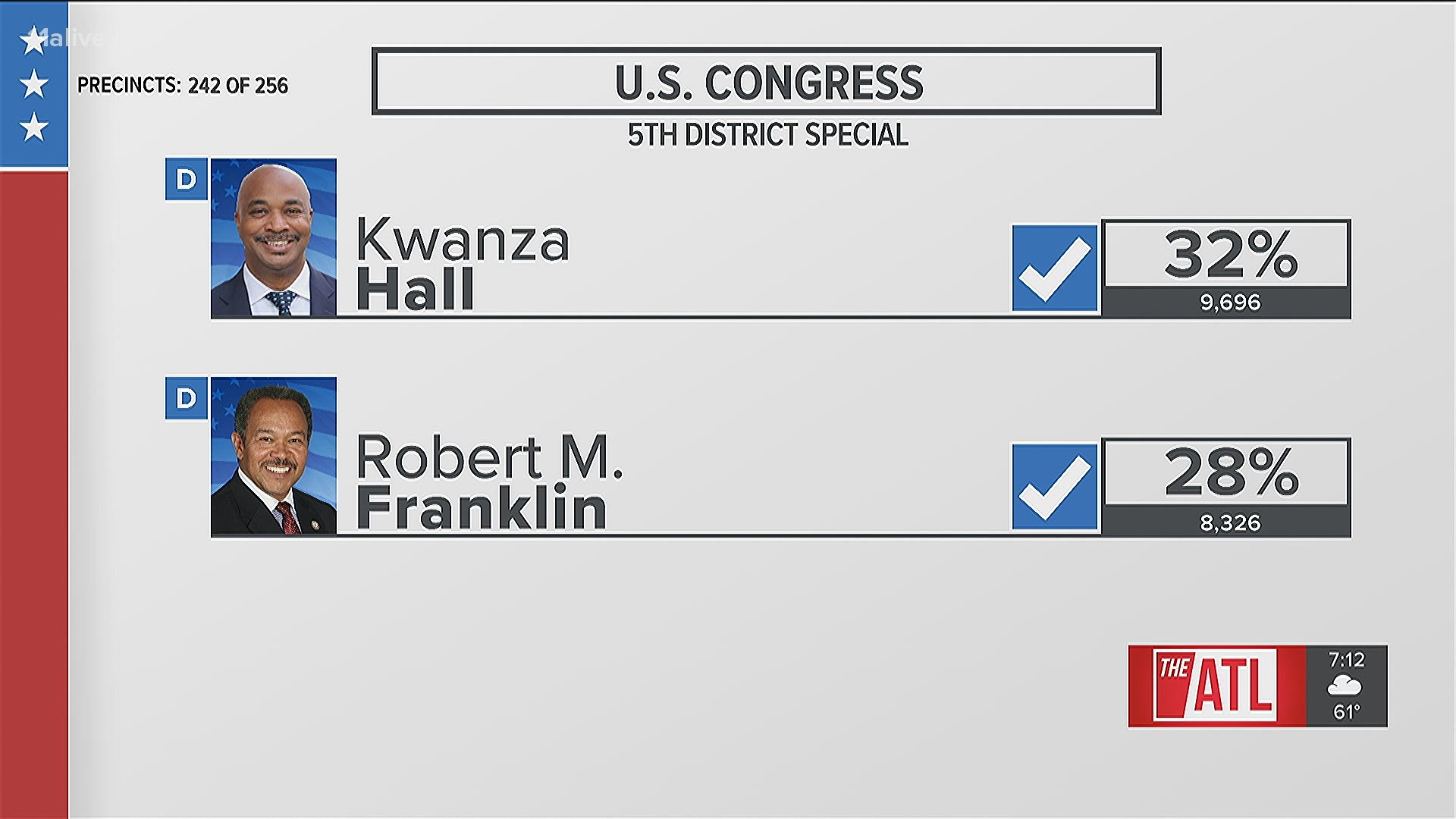 Former Atlanta City Councilman Kwanza Hall and former Morehouse College President Robert Franklin are advancing to a Dec. 1 runoff in the special election to fill the remainder of the term of the late John Lewis.

Hall and Franklin led five other candidates Tuesday in Georgia’s 5th Congressional District. The winner will serve about a month in Congress. The November election between Republican Angela Stanton King and Democrat Nikema Williams will decide who serves the full two-year term beginning in January.

Neither was on Tuesday’s ballot. Lewis died in July from pancreatic cancer after 17 terms in Congress. The campaign in the Atlanta-centered district focused on continuing the civil rights icon’s legacy.

The candidates who ran in Tuesday's special election included: