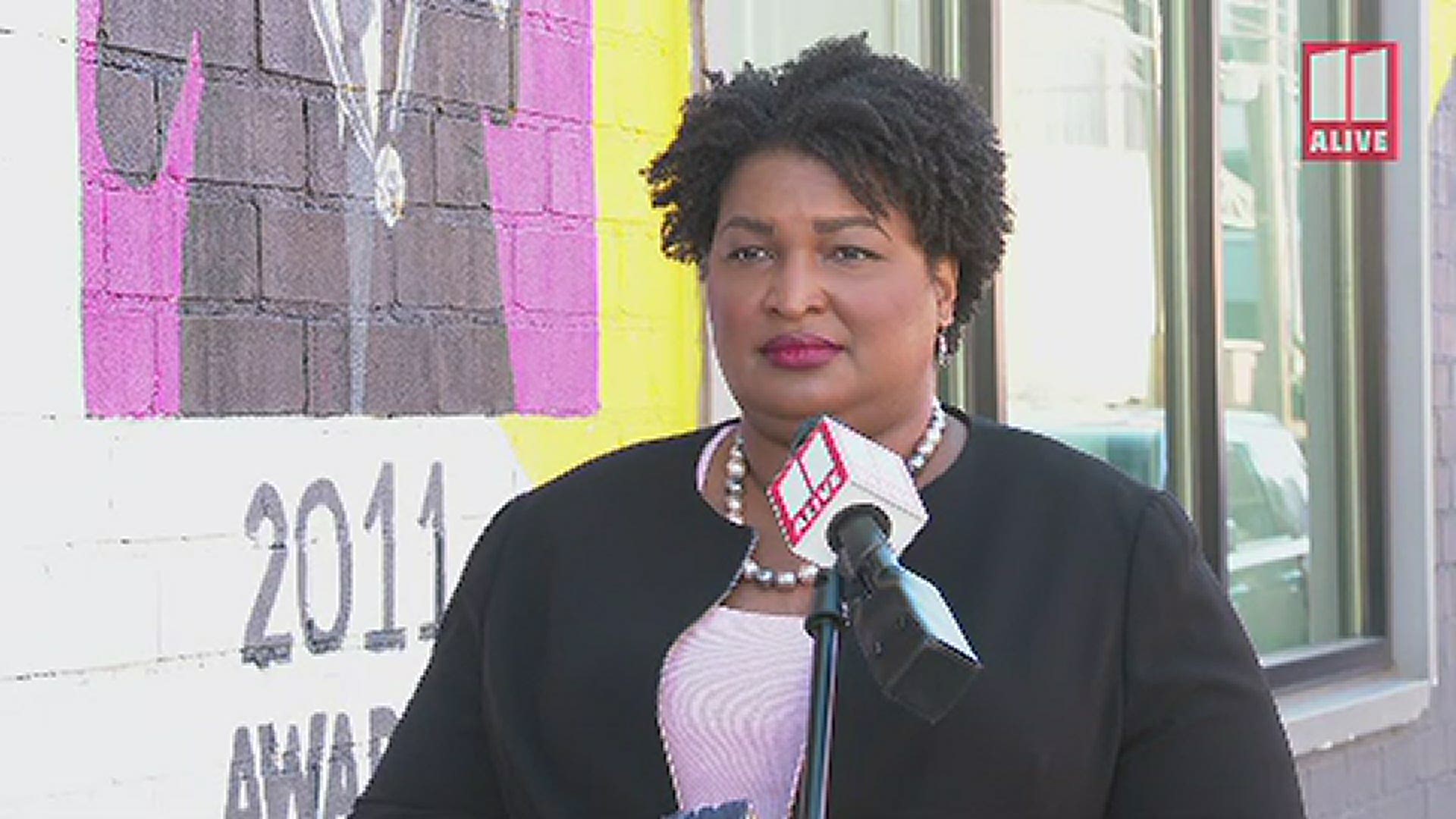 ATLANTA — President Donald Trump remains in the hot seat, after a phone call was released of him pressuring Georgia's top election official to overturn the election results. In the audio first released by The Washington Post, then obtained by 11Alive, the president chastises Georgia Secretary of State Brad Raffensperger, while declaring he won the presidential election in Georgia.

"Stacey Abrams is laughing and she’s going around saying these guys are dumber than rocks," Trump said. "What she’s done to this party is unbelievable, I tell you. I only ran against her once and that was with a guy named Brian Kemp, and I beat her. If I didn't run, Brian wouldn't have had a shot either in the general or the primary. He was dead, dead as a doornail."

Abrams described the call as a distraction, saying she was solely focused on electing John Ossoff and Reverend Raphael Warnock, both Democrats, in the runoffs Tuesday.

"It's always a difficult and terrible thing when elected officials will lie in order to win," Abrams said. "The average person understands this is a last ditch attempt to stay in power. But the real issue is who's going to look out for Georgia families, ensure we have COVID relief, that we have jobs, that we have a real recovery. That's why the senate race is much more important than anything else."

In the phone call, the president takes credit for Gov. Brian Kemp's victory over Abrams in 2018. Trump called Kemp a disaster, while calling himself a "schmuck" for endorsing the Georgia Republican governor.

Trump detailed since debunked conspiracies in the phone call with Raffensperger and other officials with the Secretary of State's office. The president claims he won Georgia despite an initial count, hand audit and machine recount confirming President-Elect Joe Biden's victory in the Peach State.

Abrams said she did not expect the phone call to factor into voter turnout. Instead, she predicted people's conditions and struggle through a heightening pandemic would draw people to the polls.

"It's tempting to try and use moments in our history to learn to predict the future," Abrams said. "What we've learned in the last four years is that there's almost no correlation, but what we can do is control our own behavior. Anyone who would spread misinformation to benefit themselves versus doing the hard work to benefit Georgia voters does not deserve the respect of Georgia voters."

The Secretary of State's Office said more than 3 million Georgians had voted early in-person or voted absentee by mail before Election Day January 5.