Stacey Abrams says she had problem with her absentee ballot: It had an unusable return envelope

She said she decided to vote in person and it took her about 45 minutes. 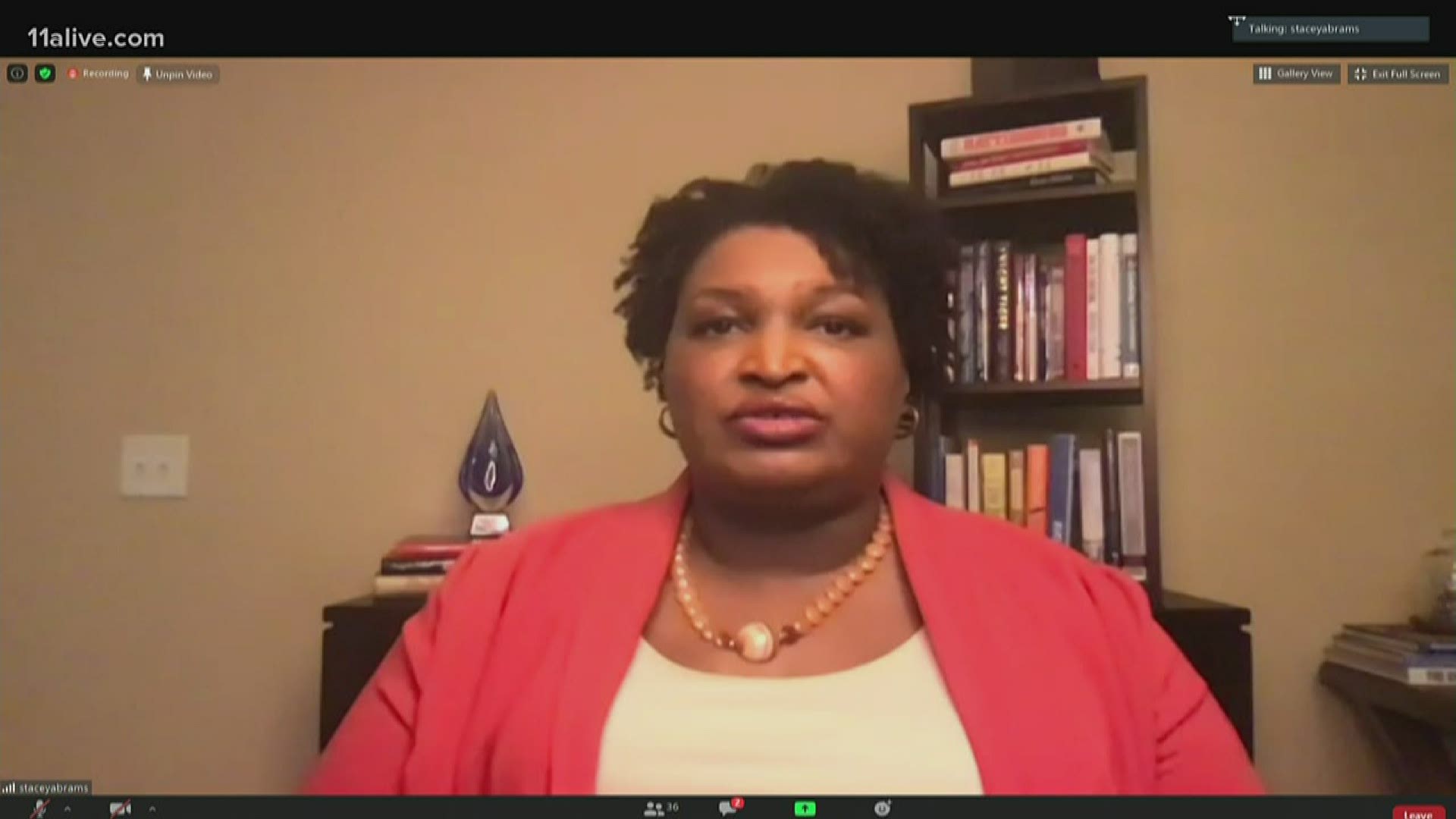 ATLANTA — Georgia's Primary Election was plagued with problems on Tuesday and former gubernatorial Democratic nominee Stacey Abrams voiced her concerns about the issues.

She even said she had a problem with the absentee ballot she requested in May and ended up voting in person on June 9. She talked about what she experienced during a digital news conference Tuesday evening.

"My absentee ballot when it finally arrived had an unusable return envelope," she said.

She said she filled out the ballot and when she got ready to put it in the return envelope, that's when she noticed a problem. The envelope was sealed shut.

"I attempted to steam it open because I've watched lots of mystery shows," she said. "It didn't work and I unable to open the envelope which meant that I was unable to return my ballot."

She said she voted in person and it took her about 45 minutes.

"But all I can think about are the people who did not receive their ballots who were forced instead into hours-long lines," she said. "And not because they failed to do their part but because the Secretary of State's office failed to properly manage this election."

Secretary of State Brad Raffensperger said his office has opened an investigation to determine what went wrong in Fulton and DeKalb counties - two areas that experienced many problems.

RELATED: NAACP, state leaders and LeBron James weigh in on claim of voter suppression in Georgia

After the 2018 election, Abrams launched Fair Fight, a group with a mission to ensure that all Americans have a voice in the election system.