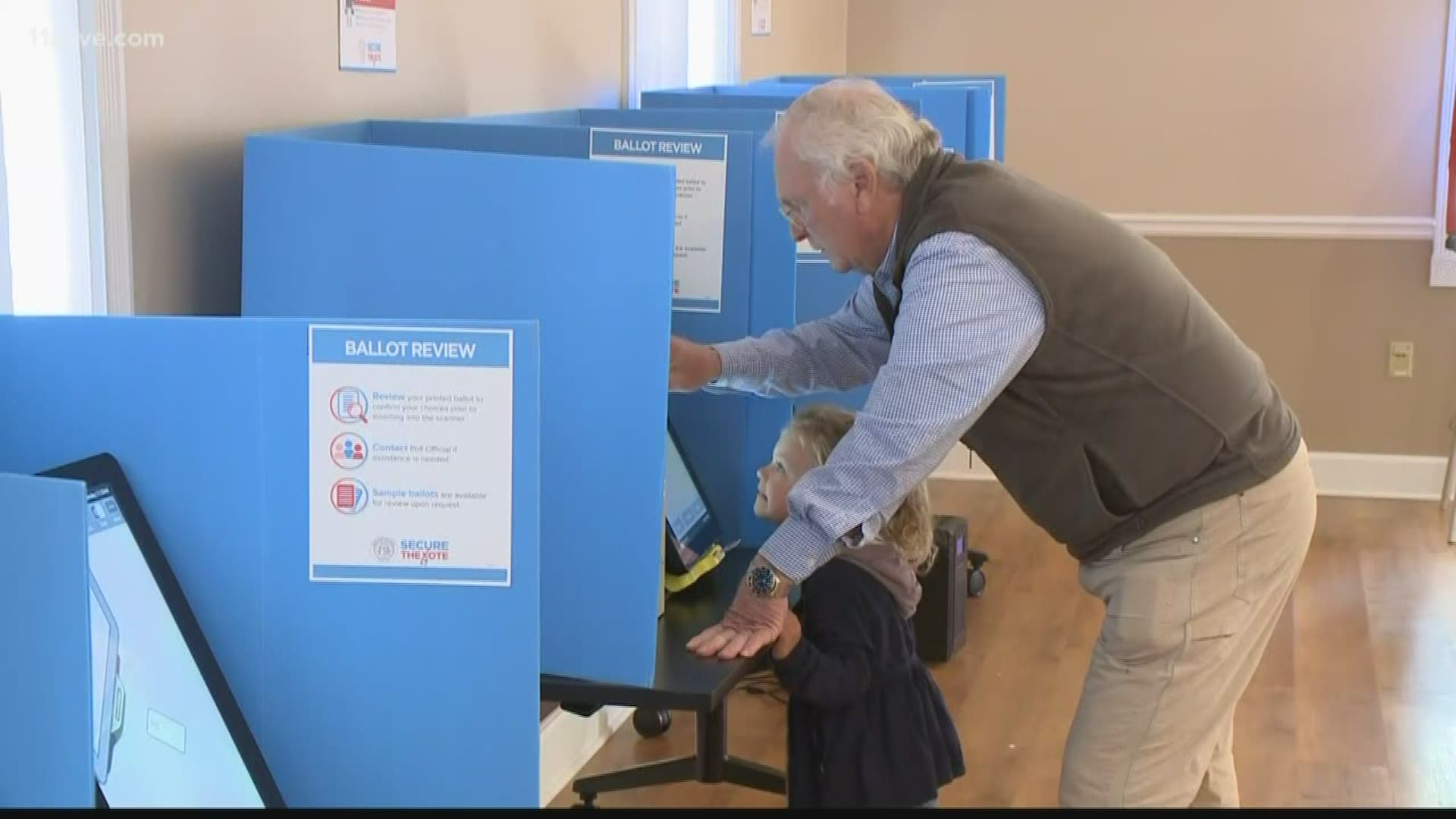 ATLANTA — If Tuesday's voting presented a test run for the highly contentious new voting system Georgia intends to roll out next year, the early returns were a bit of a mixed bag.

Seven Georgia counties - Catoosa, Paulding, Bartow, Carroll, Decatur and Lowndes, plus Cobb in a limited form - used the new electronic system that prints out a paper ballot for voters to review and submit into a scanner.

There were various hiccups reported throughout those counties.

Carroll County elections officials confirmed to 11Alive that at one point, their Poll Pads, tablets which produce the voting cards people need to use to start the voting process, were not programmed correctly and would not produce the cards. Carroll County Elections Office spokesman Greg Rigby said the company that makes the tablets, KnowInk, fixed the issue. Some voters at five of the nine precincts were delayed about 15 to 20 minutes, as a result.

A similar issue was reported at the White Oak location out of Paulding County. The Associated Press reported glitches in the Poll Pads delayed the start of voting by about 45 minutes.

RELATED: Voting Day 2019: What's on the ballot around Atlanta

In Bartow County, the AP reported that workers had trouble finding the power button on the new machines, and that at least one ballot scanner failed. The county's elections supervisor, Joseph Kirk, said however that some bumps were to be expected.

"We expect to see some problems in a pilot," Kirk told the AP. "But nothing has been insurmountable, nothing has delayed anyone's voting experience."

Officials in Lowndes and Decatur Counties told the AP that a few voters took advantage of the new system's ability to let you vote, print it out, check it, and then toss it out if something isn't right.

"We had two spoiled ballots, which shows me at least two voters paid attention to their ballots after they printed them out," Carol Heard, Decatur County's election supervisor, said. "So, that's a good sign."

But some hiccups in Decatur County caused ta 45 minute delay, and a judge there ruled polls had to stay open an extra hour to make up for it.

Cobb County was the only area in the state to test a hand-marked paper ballot system, which Georgia was ordered to run a trial on as a possible backup in case officials are unable to implement the new voting system next year.

Four cities - Smyrna, Kennesaw, Powder Springs and Austell - tried the pen-and-paper ballots, which are then submitted and counted into the same vote scanner as the machine-printed paper ballots.

Leigh Anne Rehkopf voted in Smyrna, and told 11Alive it was an unnerving experience because there was no mechanism for confirming how you actually voted.

"You stick it in this giant trash can scanner thing and you wait for it to go through, and then the guy's there, he's like, 'OK well you voted.' And it's like, 'Are you sure?' I don't know, it was just it was kind of off-putting," she said.

"There was no real way to know if the person you voted for was captured," she added.

Rehkopf said the system other counties used Tuesday, and which is supposed to be used statewide next year, sounded a lot better.

"If I had a piece of paper that said this is who you just voted for, that would be lovely," she said.

While Secretary of State Brad Raffensperger said most of the day went smoothly, they will be looking into areas where there is room for improvement.

"We are still getting all the information and we will get that out to everyone, because we are just finding out about that, and we want to see why some places had an issue and some didn’t. Was it training or something else?" he asked.

Regardless, voters said they hope the issued are corrected. This month's elections were in an off year with low voter turnout. The next test will be for the presidential primary on March 24, and that is a state wide roll out these machines with a huge expected voter turnout.