The issue was resolved after 9 a.m. Voters cast provisional ballots during the outage. 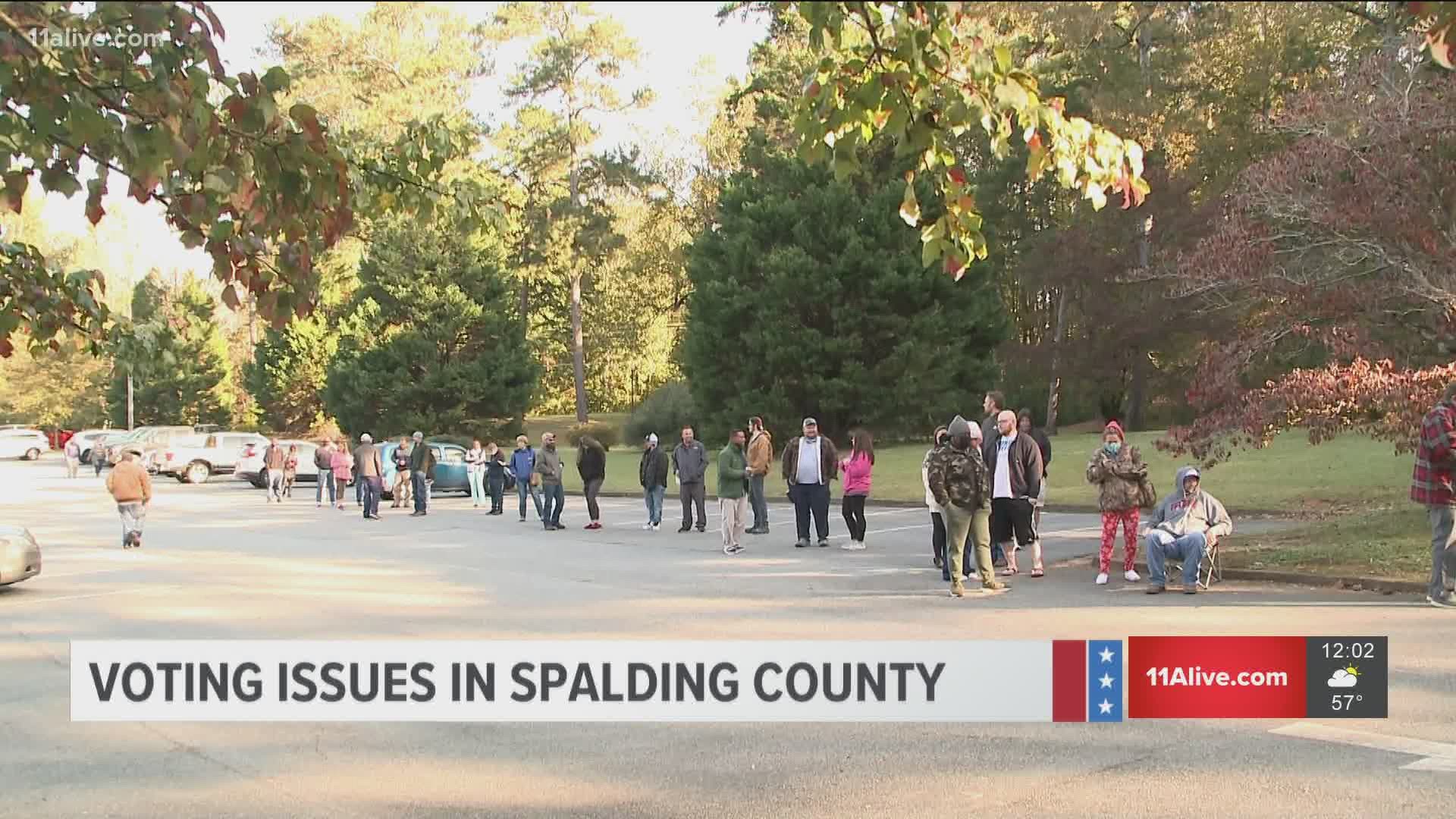 SPALDING COUNTY, Ga. — All eyes are on Georgia after a rough primary that garnered national attention for long lines and issues at polling locations.

Despite a fairly smooth start across the Peach State on Tuesday, Spalding County officials said all voting machines were down and provisional ballots were being used -- causing long lines.

Just after 9 a.m., nearly two hours after the polls were set to open, election officials told 11Alive's Rebecca Lindstrom that they were up and running.

A solidly red county about 45 minutes south of Atlanta, all 18 of its precincts had the issue, later identified with the poll pads that are used to check voters in.

Spalding County Elections Director Marcia Ridley said the people who make the voting machines caught the issue at 7:05 a.m. and said a technician had to go to each precinct to reset the poll pads.

One voter told 11Alive that she saw a lot of people leaving once they said the machines were down.

Stay with 11Alive.com for the latest Election Day coverage throughout the day, after the polls close and in the coming days.