Three other states - Michigan, Wisconsin and Pennsylvania - were named in the lawsuit. 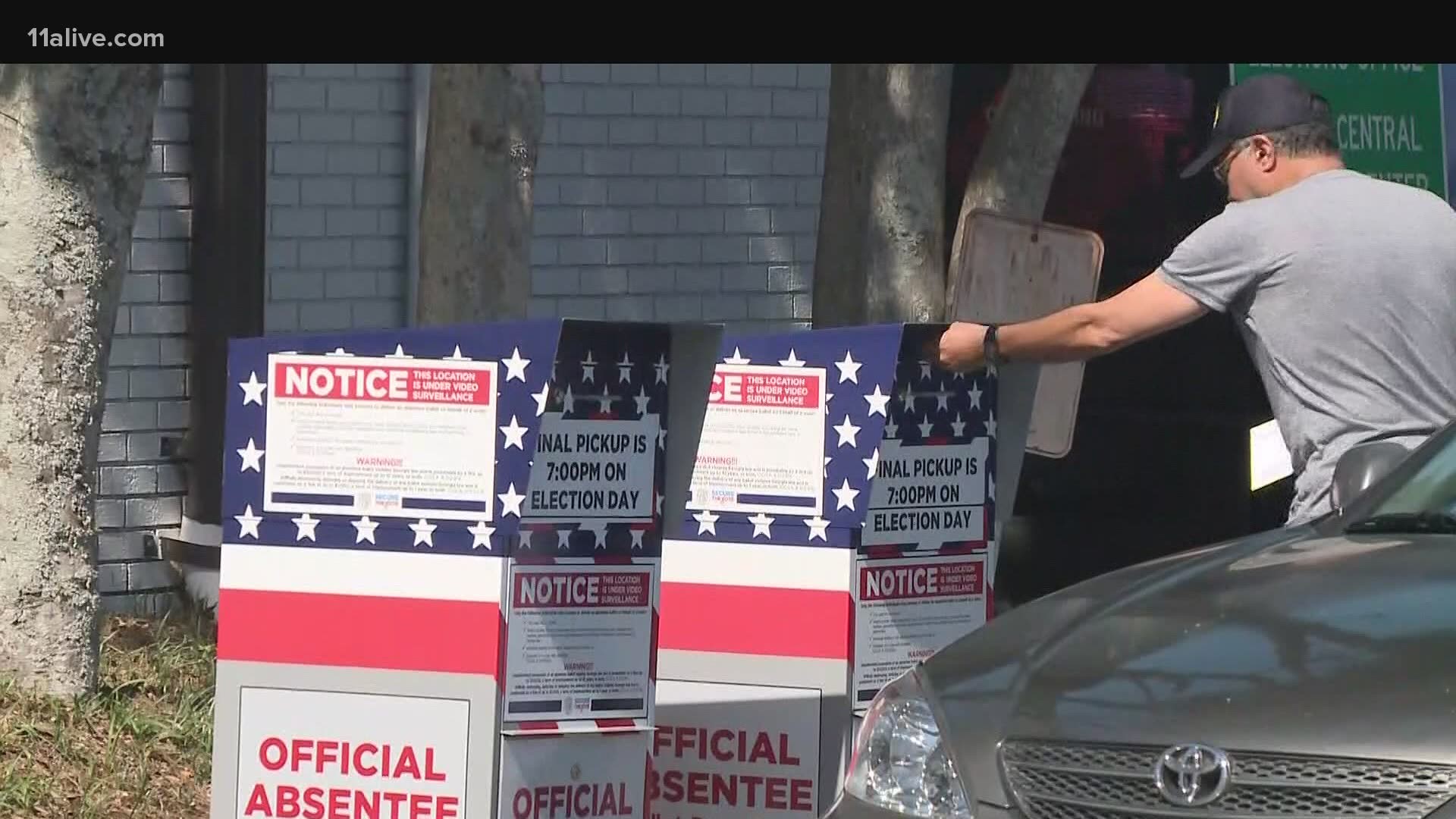 ATLANTA — The attorney general of Texas said Tuesday that the state has filed a motion to have the U.S. Supreme Court hear a lawsuit against Georgia and three other states to effectively block them from casting their Electoral College votes in accordance with current results.

It's the latest longshot legal challenge taken against Georgia, which was sued along with Michigan, Pennsylvania, and Wisconsin.

Texas argues it has standing, effectively, because "votes in Defendant States affect the votes in Plaintiff State."

Legal analyst Page Pate told 11Alive there was no precedent for the Supreme Court accepting that argument. He said he did not expect the High Court would grant Texas a hearing.

"There's almost zero chance of it succeeding. It's probably the weakest of all the different legal challenges filed in relation to this election, and that’s saying a lot," Pate said. "Let's put aside the factual allegations about the suggestions of fraud ... the biggest obstacle that Texas is going to have is convincing the Supreme Court that this is the right place to file a lawsuit like that, and (that) they have the right to bring it."

Pate explained that the Supreme Court more commonly hears cases between states where there exists a clear controversy - border disputes, for example, or how Georgia and Florida squabble over water rights.

"That’s not what's happening here. What's happening here, is we have a Republican attorney general in Texas trying to make a political statement by filing this lawsuit," Pate said. "There is nothing - no controversy between Texas and Georgia and these other states. It’s a made-up claim and the Supreme Court is very unlikely to accept it."

Beyond the procedural matters, Georgia officials have repeatedly rejected the notion that any kind of irregularities or fraud would be near significant enough to flip the state's result. Texas Attorney General Ken Paxton, in a release, claims Georgia and the other three states "exploited the COVID-19 pandemic to justify ignoring federal and state election laws and unlawfully enacting last-minute changes, thus skewing the results of the 2020 General Election."

A federal judge in the U.S. District Court for the Northern District of Georgia last week rejected a form of this argument, which had framed a consent decree between Sec. of State Brad Raffensperger and Democratic organizations back in March, over how to apply signature matching rules, as an unconstitutional altering of Georgia election law.

"Recognizing that Secretary Raffensperger is “the state’s chief election official,” the General Assembly enacted legislation permitting him (in his official capacity) to “formulate, adopt, and promulgate such rules and regulations, consistent with law, as will be conducive to the fair, legal, and orderly conduct of primaries and elections.” The Settlement Agreement is a manifestation of Secretary Raffensperger’s statutorily granted authority," Judge Steven Grimberg wrote.

Texas is seeking to have the Supreme Court "remand to the defendant states’ respective legislatures to appoint Presidential Electors in a manner consistent with the Electors Clause.”

In other words, they want to have the state legislatures in Georgia, Michigan, Wisconsin and Pennsylvania pick their own electors for the Electoral College vote.

President Trump has also pushed for Gov. Brian Kemp to call a special session of the Georgia legislature to do that. The governor has said he cannot, that doing so would be "unlawful and unconstitutional."

At least one state attorney general, Michigan's, has called the suit a "publicity stunt" and "not a serious legal pleading."

"It's such a clear political stunt that it's hard to even take the lawsuit seriously," he said.