Former Pres. Donald Trump was acquitted by the U.S. Senate in his second impeachment trial, but he could still face potential criminal cases for actions in Georgia. 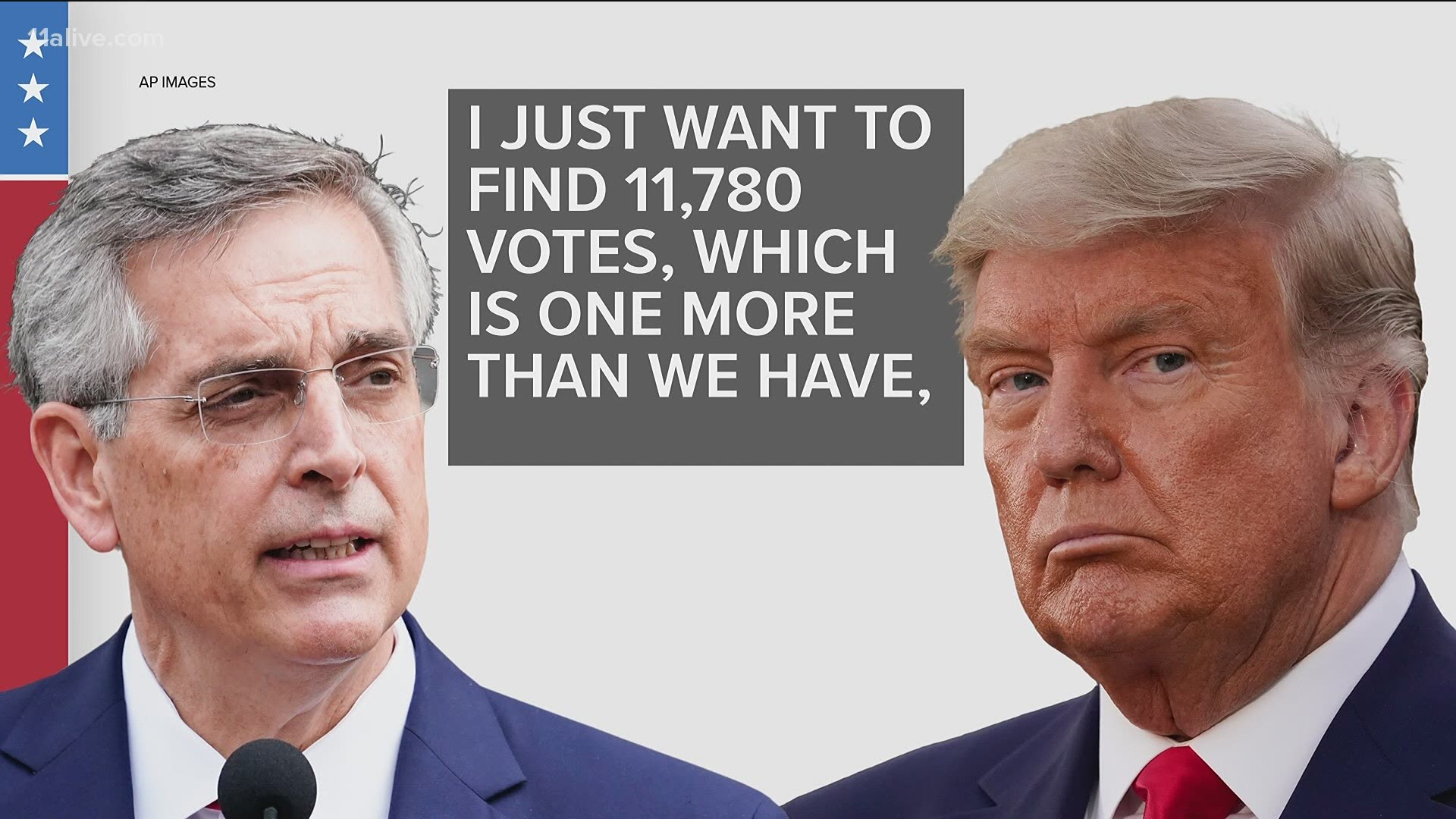 "All I want to do is this. I just want to find 11,780 votes, which is one more than we have," Trump can be heard asking Georgia's top elections official.

"So on my first day in office, this is the breaking news story. After the first day, we didn't move at that time," Fulton D.A. Fani Willis said during an interview with 11Alive News Thursday.

Raffensperger took the call with Trump from within Fulton County, where the state capitol building stands.

Willis tells 11Alive with time she determined only her office, with jurisdiction over Fulton County, is suited to investigate the call.

When asked about the investigation though and its scope, Willis isn't naming names.

Fulton's top prosecutor said she can't specifically say whether Trump or any of his supporters are under investigation, but she is simply looking into events and will go where the investigation leads her office. She will act accordingly if she feels evidence shows a crime was committed.

"We are investigating issues of anyone that, anyone or any actions that were attempting to influence that November election," Willis stated. "So, obviously, it has been reported around the world that phone call. So we have said, 'yes that is part of the investigation.' But we aren't narrowing it to that."

The letters informed Georgia's top elected officials of the investigation her office was conducting into the 2020 election and read, "At this stage, we have no reason to believe that any Georgia official is a target of this investigation..."

The letter also instructed the recipients to preserve any potential evidence or materials related to the election, that otherwise in normal business might not be saved.

"Knowing that we are formally going to come and ask for them, so no negative inference should be drawn on any suspected actions of those persons," Willis said.

Currently, the investigation is on-going and Willis said she has no timeline for when it could be completed or expectations of charges that could be filed - if any are filed.

Fulton County's next grand jury though does meet in March and the letter Willis sent mentioned she could begin requesting grand jury subpoenas as part of her investigation at that time.