Status of the Trump election lawsuits in Georgia

A number of contests have been lodged against the state's election results. 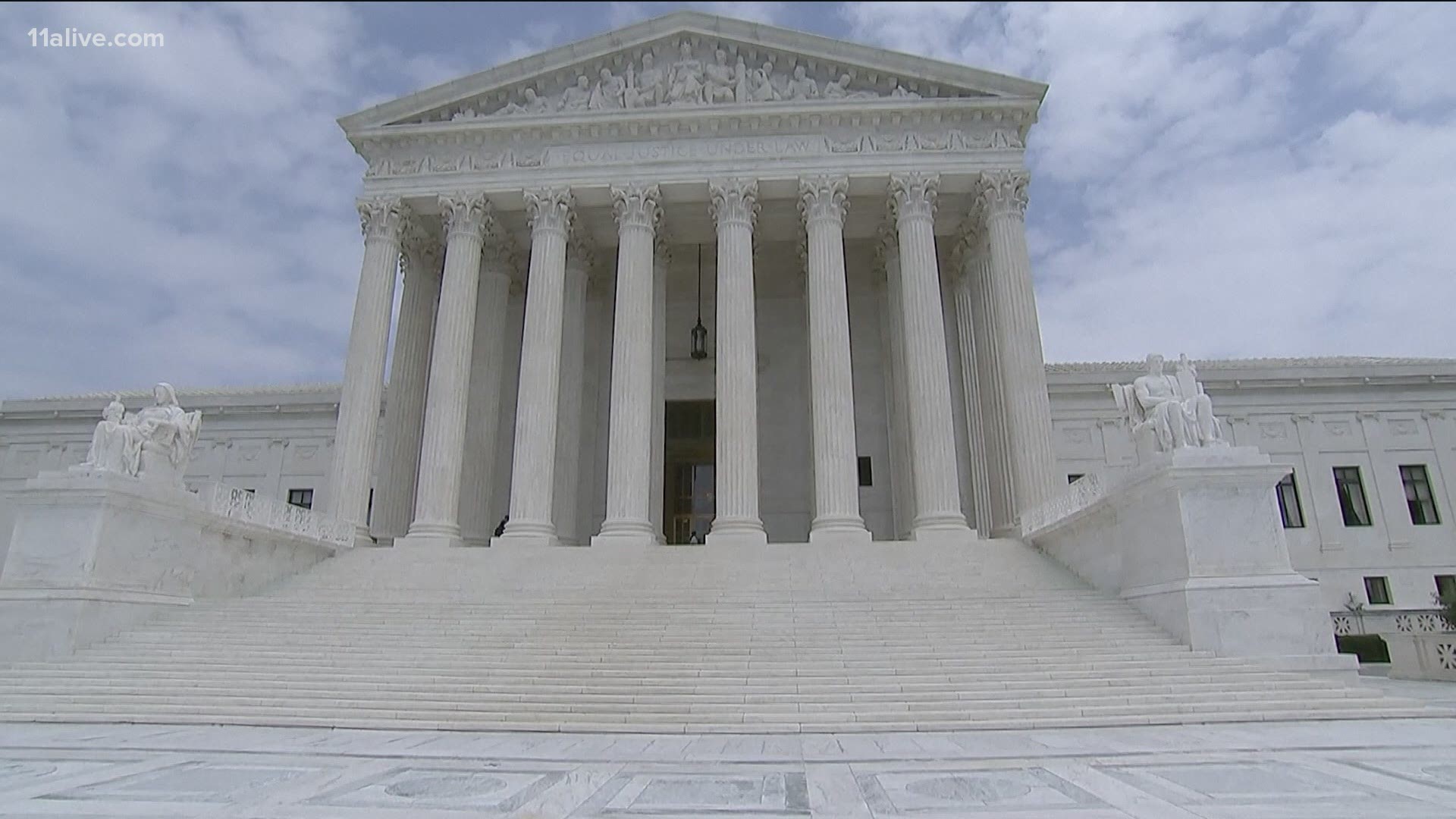 ATLANTA — (Editor's note: An original version of this story was published on Dec. 5. We are publishing an updated version below.)

There are at least four major lawsuits right now against Georgia on behalf of President Donald Trump trying to achieve what the state's election and recount processes did not: Give him victory.

His advocates allege widespread fraud that fundamentally changed the outcome of the election in the Peach State. State officials have adamantly rejected that, and Georgia has re-certified its election results, after a hand-count audit and official recount, confirming Joe Biden's win.

The Democrats' slate of Electoral College voters are now set to cast Georgia's electoral votes for Biden on Dec. 14.

That is, if the courts don't intervene. So far, these challenges have not succeeded in the courts at any level.

Here's a look at the legal actions that have been mounted against Georgia's election results and where they currently stand, as of Thursday Dec. 10:

What it is: It's important to note this is technically not a lawsuit yet, in the legal sense. Texas has petitioned the Supreme Court to be allowed to file the suit, in a process referred to legally as a motion for leave to file a bill of complaint.

What it says: The brunt of Texas' argument is that the presidential elections in the four states "suffered from significant and unconstitutional irregularities," and that, "these flaws cumulatively preclude knowing who legitimately won the 2020 election and threaten to cloud all future elections."

Texas argues it has standing, effectively, because "votes in Defendant States affect the votes in Plaintiff State."

Legal experts have said there is no precedent for the Supreme Court to grant standing over such an issue.

Additionally, Texas Attorney General Ken Paxton, in a release, claims Georgia and the other three states effectively did not follow their own laws, and "exploited the COVID-19 pandemic to justify ignoring federal and state election laws and unlawfully enacting last-minute changes, thus skewing the results of the 2020 General Election."

A federal judge in the U.S. District Court for the Northern District of Georgia last week rejected a form of this argument, which had framed a consent decree between Sec. of State Brad Raffensperger and Democratic organizations back in March, over how to apply signature matching rules, as an unconstitutional altering of Georgia election law.

Where it stands: The Supreme Court has not yet said whether it will grant a hearing or not.

What it is: This was the first big lawsuit filed in Georgia, filed by the attorney Lin Wood, who made his fame representing Richard Jewell and earned the reputation as the "attorney for the damned."

What it says: Its central argument was that an agreement between Sec. of State Brad Raffensperger and Democratic organizations in March, to settle lawsuits by the Democrats over how to apply signature matching rules, had unilaterally and unconstitutionally altered Georgia election law, which should be the sole purview of the state legislature, the Georgia General Assembly. If you've seen President Trump tweet about the "consent decree," this is what he was referring to.

Where it stands: A judge on the U.S. District Court for the Northern District of Georgia, Judge Steven Grimberg, found that Wood lacked standing to bring the suit and should have brought it sooner - given that the agreement was eight months old by the time of the November general election. He also rejected the more fundamental constitutional argument, writing:

The 11th Circuit, in a unanimous 3-0 vote, then dismissed Wood's suit. They both ruled that the court lacked jurisdiction and that the request for relief was now moot.

Wood has since said he is preparing to petition to have the Supreme Court review his case.

What it is: This is the much-hyped Sidney Powell lawsuit (with Lin Wood joining in on it). It was filed last week.

What it says: It alleges a great deal of things, but its basic premise is that a wide-ranging conspiracy was perpetrated by international and domestic actors to use Dominion Voting Systems, the company that makes the voting machines for Georgia and a number of other states, to rig the election for Joe Biden, in large part by switching votes from President Trump to Biden.

Powell and those who have given testimony for her have argued that fraudulent ballots were inserted into the system and the hand-count was conducted in a manner to deliberately overlook them. They have not offered direct material evidence of this, instead at a Georgia Senate hearing this week presenting data analysis and accounts of various individuals who served as poll workers or observers during the election and audit.

The Powell suit seeks, among a number of extraordinary forms of relief, the dismissal of all mail-in ballots used in Georgia in this election and an order that Gov. Kemp "transmit certified election results that state that President Donald Trump is the winner of the election."

Where it stands: Judge Batten dismissed the lawsuit Monday morning, Dec. 7. On Tuesday afternoon, Dec. 8, Powell filed her appeal with the 11th Circuit.

What it is: This was filed yesterday (Friday, Dec. 4). It represents President Trump as a direct named plaintiff for the first time, as well as Georgia Republican Party Chairman David Shafer.

What it says: This suit differs markedly from the "Kraken" suit in that it alleges significant voter fraud, enough to change the election outcome, but not a conspiracy. Its central claim is that there were thousands of votes counted - many more than the 12,000 margin by which Joe Biden has won Georgia - that were simply illegal; votes cast by people under 18, for example, or by people who were not listed in the state's records as actually registered to vote.

On Twitter, Shafer characterized it as "thousands of examples of 'low tech' voting irregularities and fraud sufficient in scale to place the election result in doubt."

They have not to this point presented public evidence of any of these allegations. In a CNN interview on Saturday, Shafer indicated that evidence would not be made public until the case is heard in court, saying, "We submitted hundreds of pages of evidence in the lawsuit and it'll be litigated in the courts."

Unlike the other two suits, this was filed in a state court, Fulton County Superior Court, rather than federal court. It seeks to nullify the 2020 election in Georgia, and order a new presidential election.

Where it stands: Records indicate the suit was successfully filed earlier this week, though there does not yet appear to be a hearing scheduled.