His visit to Georgia comes as polls tighten between him and former Vice President Biden in the state of Georgia. 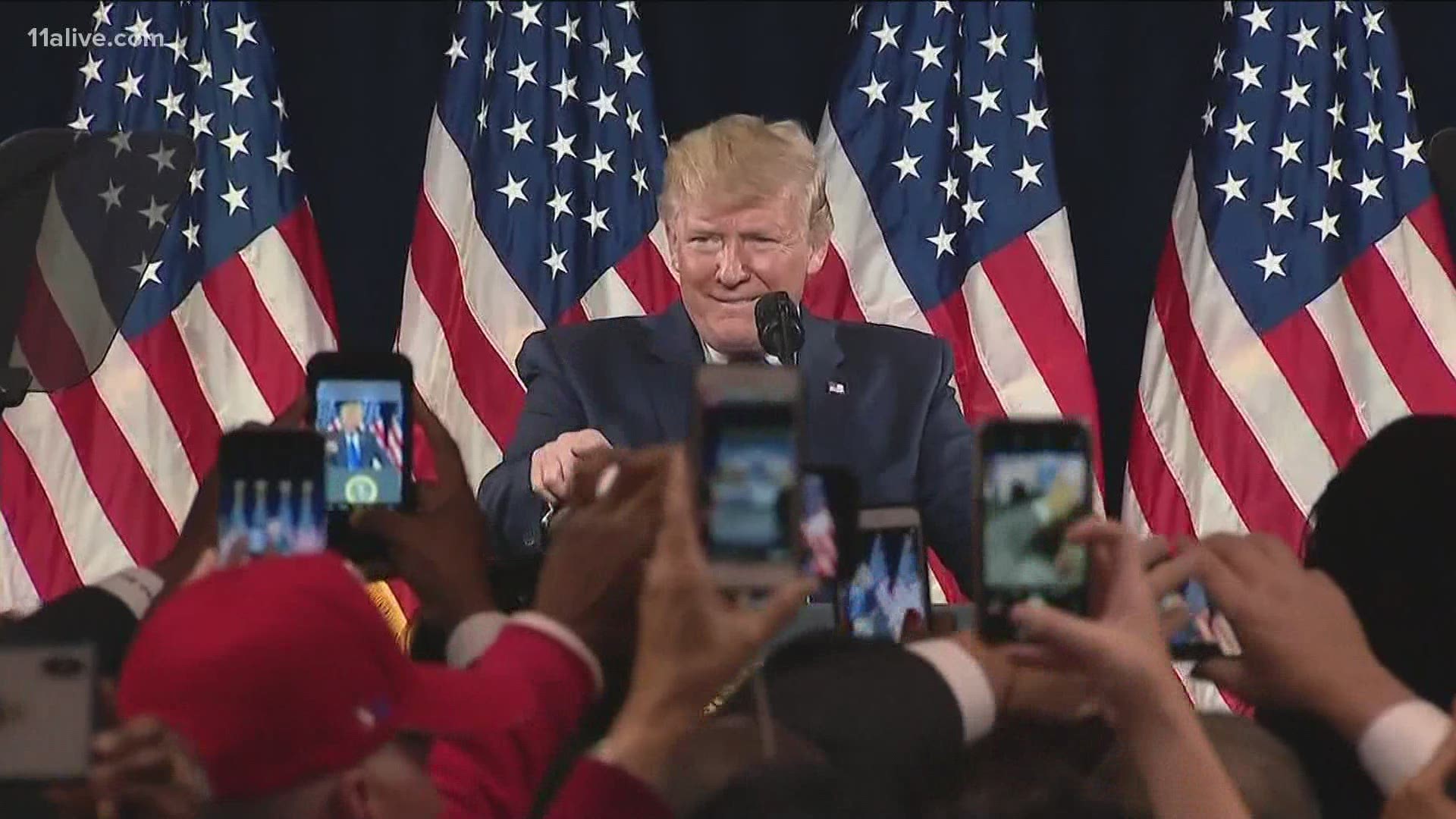 ATLANTA — Officials with the Trump campaign in Georgia tell 11Alive that President Donald Trump is working out details for a stop in the Peach State on Friday.

A spokeswoman told us the timing and location are among details still being finalized, however, the White House tells us he will be arriving at Dobbins Air Force Reserve Base at 1 p.m.

His visit to Georgia comes as polls tighten between him and former Vice President Biden.

The stop is likely to be in conjunction with the Black Voices for Trump initiative, something the President first launched in November last year at the Georgia World Congress Center.

The campaign previously told 11Alive that the Black Voices for Trump coalition is a national effort to mobilize and empower Black Americans who support President Trump to help get his message of "Promises Made, Promises Kept" into communities across America.