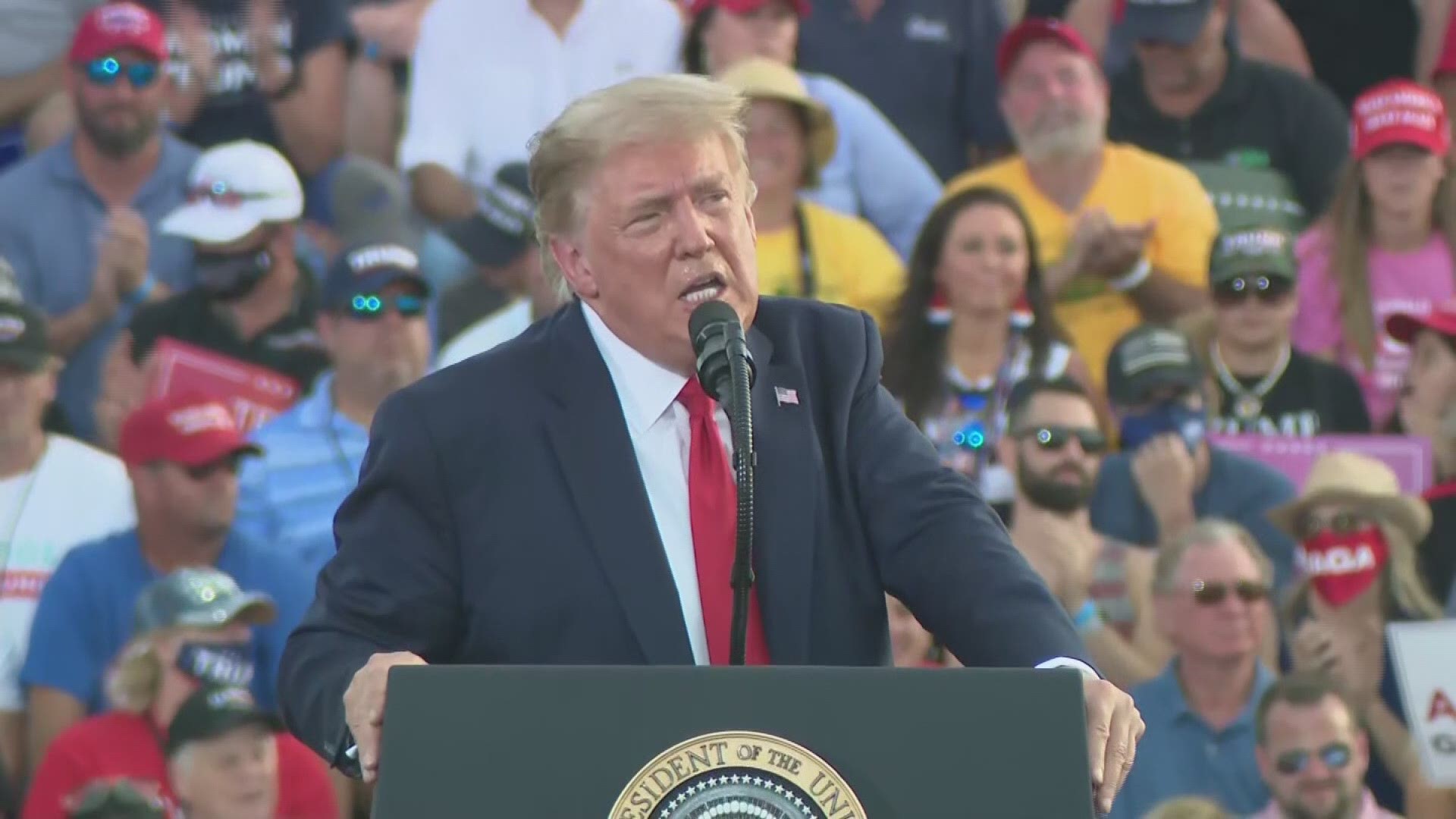 OCALA, Fla. — With polls showing a neck and neck race in Florida between President Donald Trump and Democratic nominee Joe Biden, the president made sure someone's job is on the line if he were to lose.

"Hey, Ron, are we going to win the state, please? You know if we don’t win it, I’m blaming the governor," Trump said. "I'll fire him somehow.

Because of the separation of powers, a president cannot actually recall a state official. If Florida citizens wanted to, they couldn't either, as its recall law does not apply to state officials.

DeSantis has been a fixture this week at Trump's campaign events across the state, first Monday in the Orlando area and twice Friday during events in Ft. Meyers and Ocala.

The two have relied on each other in their political careers, even when DeSantis was a sitting U.S. representative in Congress. Trump endorsed his bid for governor and DeSantis would go on to capture more than 50 percent of the vote during the 2018 Republican primary.

"I said all right, Ron, I'm going to endorse you," Trump recalled at his Ocala event. "Who the hell knows what's going to happen. Boom -- I pressed it, he went from 3 to 71 in one day."