The President lashed out at Kemp and Secretary of State Brad Raffensperger during an interview on Fox News. 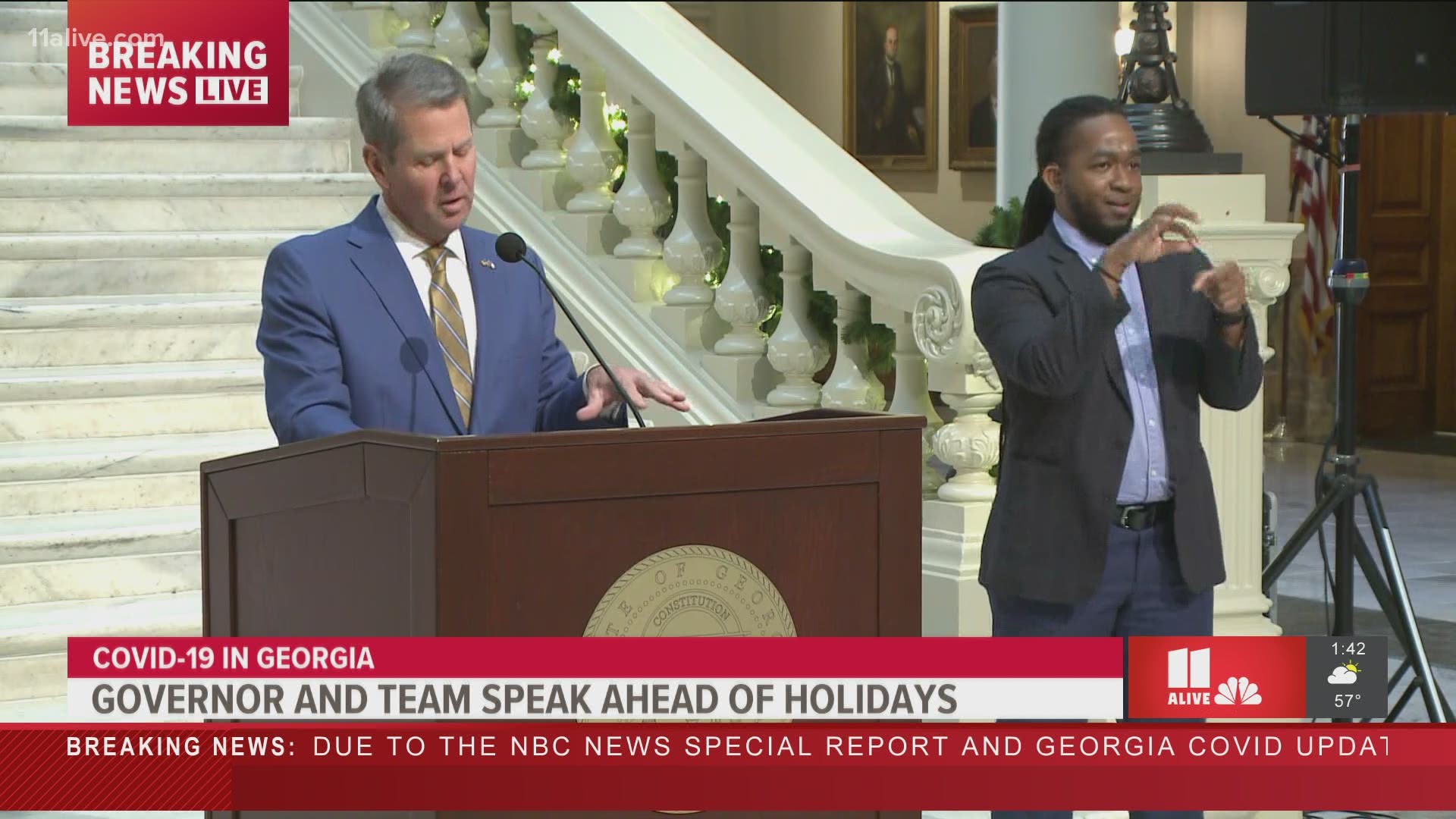 ATLANTA — President Donald Trump, once again, lashed out at Georgia Gov. Brian Kemp and Secretary of State Brad Raffensperger for not intervening in the election on his behalf.

"They had electoral officials making deals like this character in Georgia who is a disaster. And the Governor's done nothing. He's done absolutely nothing. I'm ashamed that I endorsed him," President Trump said of his fellow Republicans on Maria Bartiromo's Sunday morning show on Fox News.

This comes as the state continues to count ballots for a third time - this time at the Trump campaign's request.

President Trump lashed out at Georgia @GovKemp and @GaSecofState for not intervening. "They had electoral officials making deals like this character in Georgia who is a disaster. And the Governor's done nothing. He's done absolutely nothing. I'm ashamed that I endorsed him." pic.twitter.com/zKjjP4duLx

Meanwhile, on Monday morning, the president took to Twitter to continue to question the state's results, calling Kemp "hapless."

"Why won’t Governor @BrianKempGA, the hapless Governor of Georgia, use his emergency powers, which can be easily done, to overrule his obstinate Secretary of State, and do a match of signatures on envelopes. It will be a “goldmine” of fraud, and we will easily WIN the state.... ....Also, quickly check the number of envelopes versus the number of ballots. You may just find that there are many more ballots than there are envelopes. So simple, and so easy to do. Georgia Republicans are angry, all Republicans are angry. Get it done!"

11Alive asked the governor's office for a statement and this is what they said:

“Georgia law prohibits the Governor from interfering in elections. The Secretary of State, who is an elected constitutional officer, has oversight over elections that cannot be overridden by executive order. As the Governor has said repeatedly, he will continue to follow the law and encourage the Secretary of State to take reasonable steps - including a sample audit of signatures - to restore trust and address serious issues that have been raised.”

Raffensperger, wrote in an editorial published Wednesday by USA Today that he voted for President  Trump - and now he feels he's being thrown under the bus by him.

"By all accounts, Georgia had a wildly successful and smooth election. We finally defeated voting lines and put behind us Fulton County’s now notorious reputation for disastrous elections. This should be something for Georgians to celebrate, whether their favored presidential candidate won or lost," Raffensperger writes. "For those wondering, mine lost — my family voted for him, donated to him, and are now being thrown under the bus by him."

Following Election Day, a hand-tally audit of the presidential race in Georgia was conducted, and the results affirmed Democrat Joe Biden’s lead over Republican President Donald Trump. The final vote margin between the two was 12,284 votes.

The hand recount of nearly 5 million votes stemmed from an audit required by a new state law and wasn’t in response to any suspected problems with the state’s results or an official recount request.

Shortly following the conclusion of the audit, a federal judge, appointed just last year by President Trump, rejected the president's campaign efforts to block the certification of Georgia's election.

Judge Steven Grimberg said he was unwilling to block the certification of millions of votes, finding that it “would breed confusion and potential disenfranchisement.”

Days later, the Trump campaign requested the recount - something candidates are allowed to do in Georgia when they are within a .5% margin.

When Kemp announced his certification of the 16 Democrats who’ll cast Georgia’s electoral votes for Biden, the governor took pains to make clear it was a purely ministerial act required by law.

He spoke again last week prior to a press conference on the coronavirus in the state ahead of Thanksgiving.

President Trump also raised concerns that the outcome of the Senate runoffs in Georgia could even be trusted.

The President continues to discuss baseless claims of voting fraud in Georgia and around the country. Some Republicans feel that this could hurt the runoffs in January.

He is expected to be in the Peach State this coming week to support Sens. David Purdue and Kelly Loeffler.