There were similar scenes in Arizona and Michigan 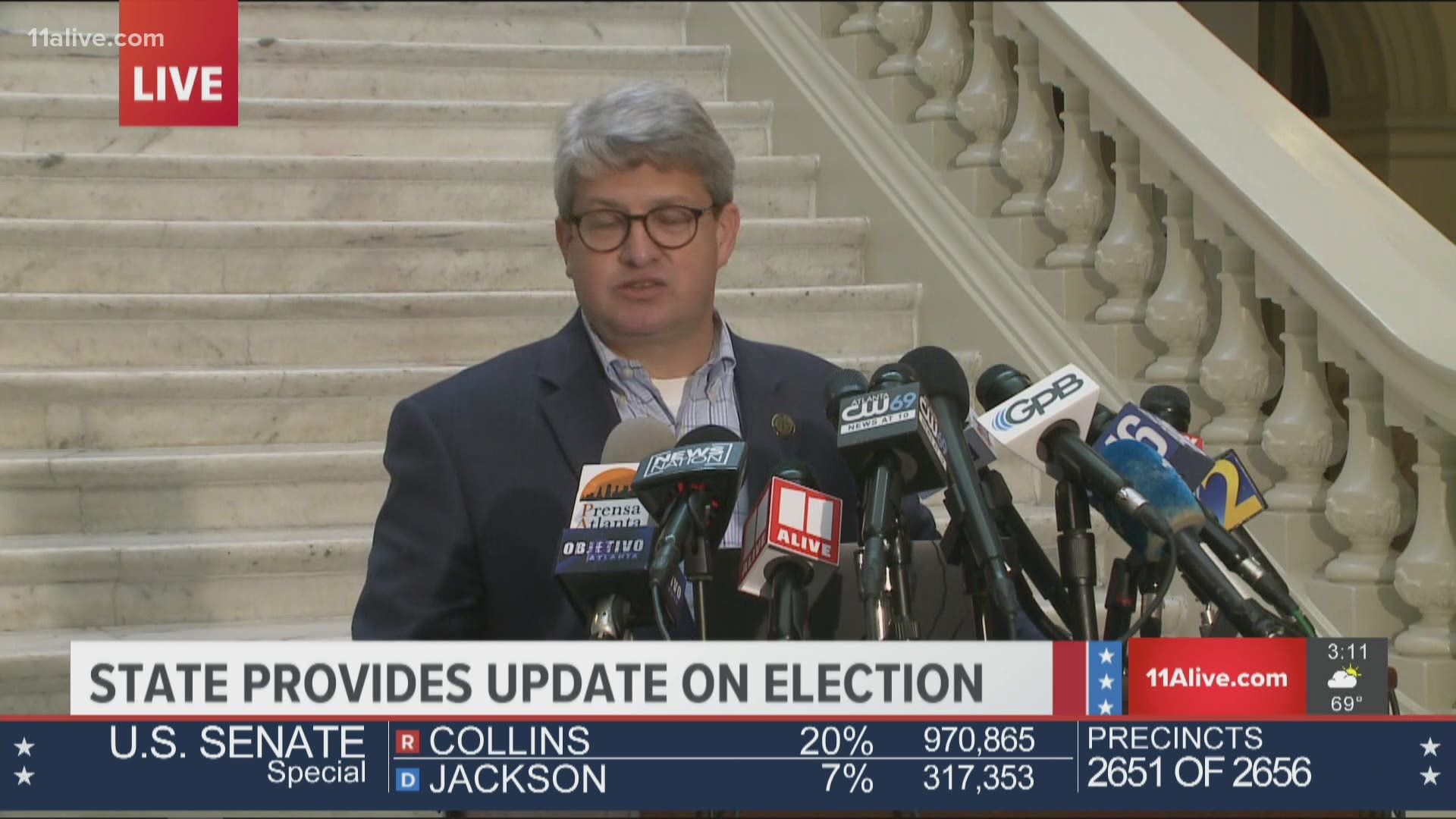 ATLANTA — A small protest formed outside of State Farm Arena, Thursday, as the process of tabulating every vote cast in the cliff-hanger Nov. 3 election continues.

11Alive News was there as a group of people carrying Trump-Pence signs and flags gathered outside of the arena in Atlanta, where Fulton County election officials are methodically counting ballots - including mail-in, drop-off, adjudicated and military ballots.

"This is a about the process of our election, both sides. We’ve got to be able to trust our election process and there’s so many irregularities," one protester told 11Alive's La'Tasha Givens.

1 / 5
La'Tasha Givens / WXIA
A small protest formed outside of State Farm Arena in Atlanta, Georgia, Thursday, as the process of tabulating every vote cast in the cliff-hanger Nov. 3 election continues.

There were similar scenes in Arizona and Michigan, also outside of boards of elections where vote-tallying is still underway.

RELATED: Scattered protests in US cities, but no wide unrest seen

Arizona, like Georgia, is still counting all ballots in the days after election day - a regular part of the election process. Biden has already been projected to win Michigan, another key battleground state. But the razor-thin margins in many of those key states has led the President to falsely claim fraud and file lawsuits, though some of those were later thrown out.

The vote counting in Georgia has suddenly thrust the state into national focus, as the fate of the presidency possibly hinges on who gets the newly-minted swing state's 16 electoral votes.

A victory in Georgia for Democratic candidate Joe Biden would tip him past the necessary 270 electoral votes needed to win the White House, according to the Associated Press' tally. It would also be a meaningful win for Biden's party, as no Democrat has won the state since Bill Clinton in 1992.

Meanwhile, a win for President Trump would likely drag the conclusion of the presidential race out even further - with the path to 270 electors winding through the remaining battleground states.