Around 100 people gathered outside elections headquarters as votes were being counted on Wednesday night. 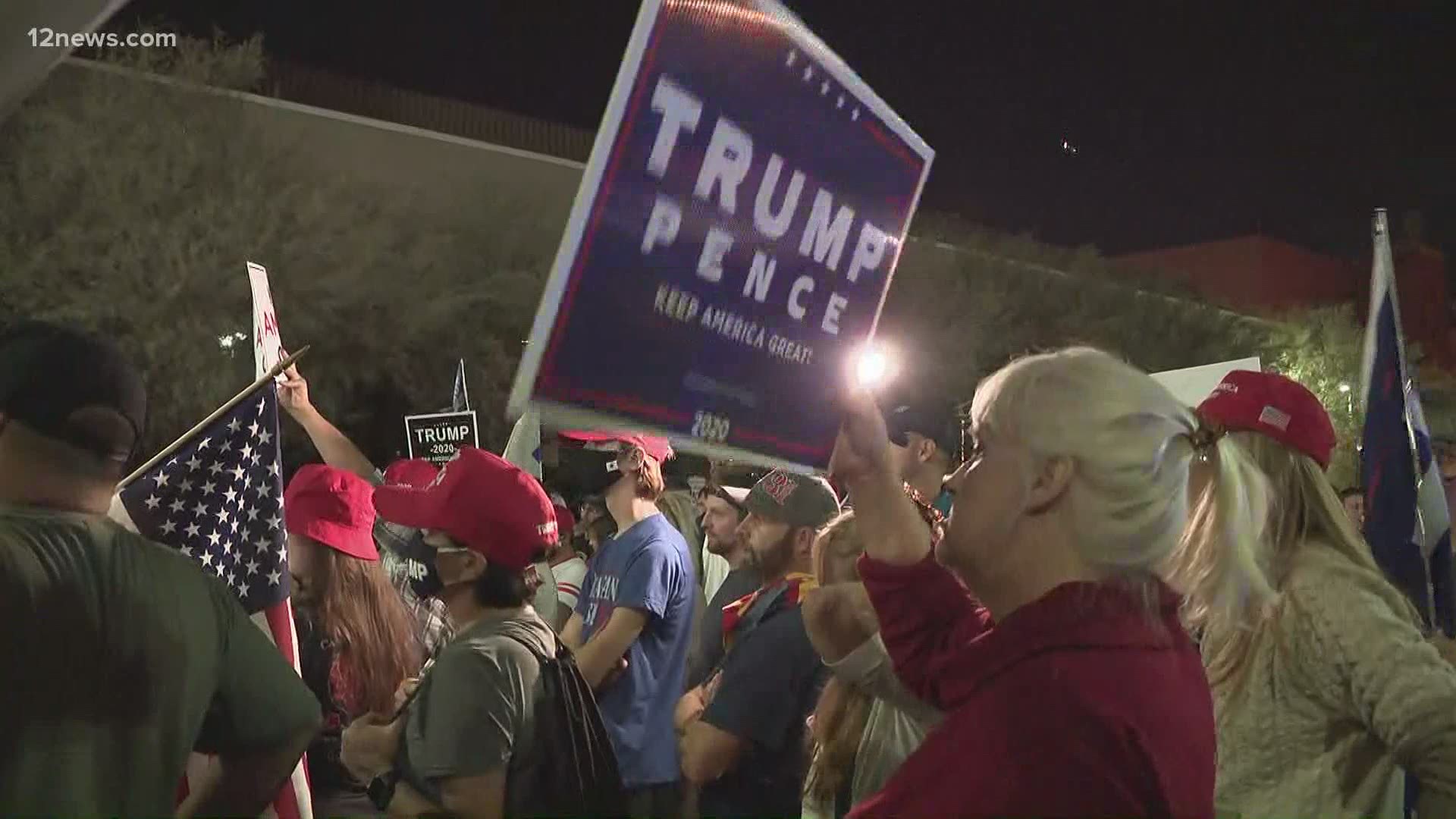 About 100 President Donald Trump supporters met on Wednesday to call for a complete count of votes as the nation has its eyes on Arizona.

Protestors chanted "Count the votes" and "USA"  between speeches made by members of the crowd.

12 News' Joe Dana tweeted a video from the protests.

Congressman Paul Gosar in the middle of this protest outside the county recorder’s office. Protestors, many armed, talking about debunked Sharpie conspiracy. Some chanting “count the vote.” County deputies now clearing reporters from the lobby out of caution. #12News pic.twitter.com/3yyMBiF3dU

At one point, some protestors tried to get into the building, but Maricopa County Sheriff's Deputies defused the situation.

In a statement on Thursday, Maricopa County Sheriff Paul Penzone said the office was present at the protest to "ensure the safety of the staff and security of the facility.

"We are committed to the safety of our community and the protected process of democracy. Our efforts will continue and expand to appropriately meet the capacity and dynamics of these potential engagements," Penzone continued.

"Peaceful activities will be respected and protected. Acts of violence, threatening behaviors or criminal damage of property will not be tolerated. We are unwavering in our efforts to promote public safety.”