He will attend a briefing on the COVID-19 vaccine progress before heading to Savannah for a rally. 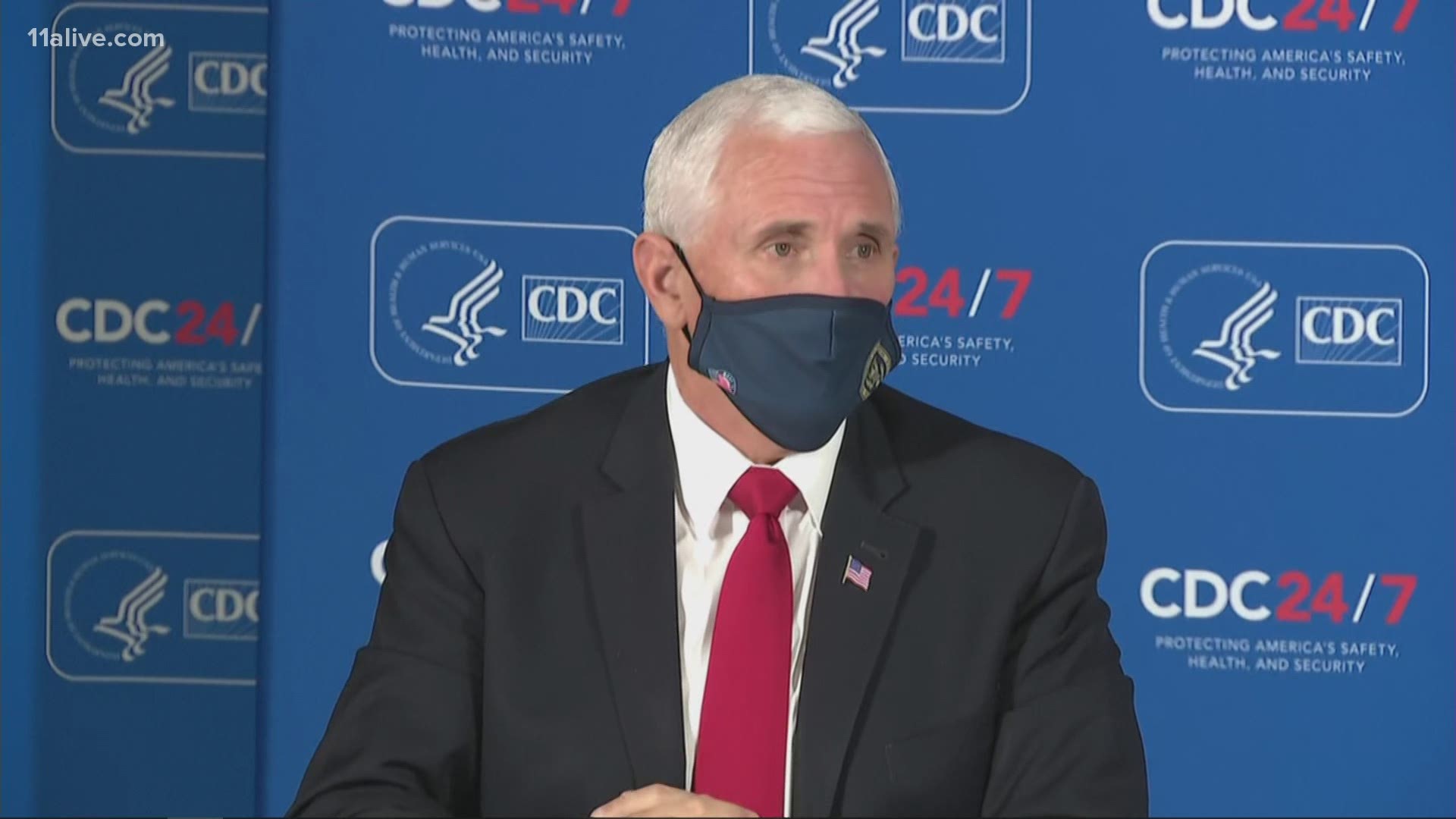 ATLANTA — Vice President Mike Pence will visit Georgia this Friday, with the goal of receiving an update on COVID-19 efforts and rallying supporters for the two Republicans fighting to keep their U.S. Senate seats.

The Office of the Vice President said Wednesday that Pence will travel to the Centers for Disease Control and Prevention in Atlanta Friday.

He will attend a briefing on the COVID-19 vaccine progress and the upcoming distribution stage.

After is visit in the capital city, Pence is expected to head to Savannah for a "Defend the Majority Rally" with Senators David Perdue and Kelly Loeffler. Pence will deliver remarks on the accomplishments of the Trump Administration with the help of the Republican Senate majority

Later that evening, the vice president will return to Washington, D.C.

Pence visit will come just one day before President Donald Trump will visit Georgia for a rally in Valdosta. The president is also expected to campaign on behalf of Loeffler and Perdue as they seek re-election in runoff races on Jan. 5.

11:00 a.m. | The vice president is expected to land at Dobbins Air Reserve Base aboard Air Force Two.

Around noon | Pence will travel to the CDC campus in northeast Atlanta. He is expected to lead a roundtable discussion on vaccine progress and distribution.

Just before 2 p.m. | He will then head back to Dobbins in Marietta to depart for Savannah aboard Air Force Two.

Just before 3 p.m. | He will then arrive in Savannah at Savanah/Hilton Head International Airport.

3 p.m. | Pence is scheduled to deliver remarks at this time at a "Defend the Majority" rally with Sens. Kelly Loeffler and David Perdue.

4:20 p.m. | The vice president will then leave Savannah to head back to Washington, D.C.