Bracing for potential unrest after the election, some area businesses are choosing to board up storefronts beforehand. 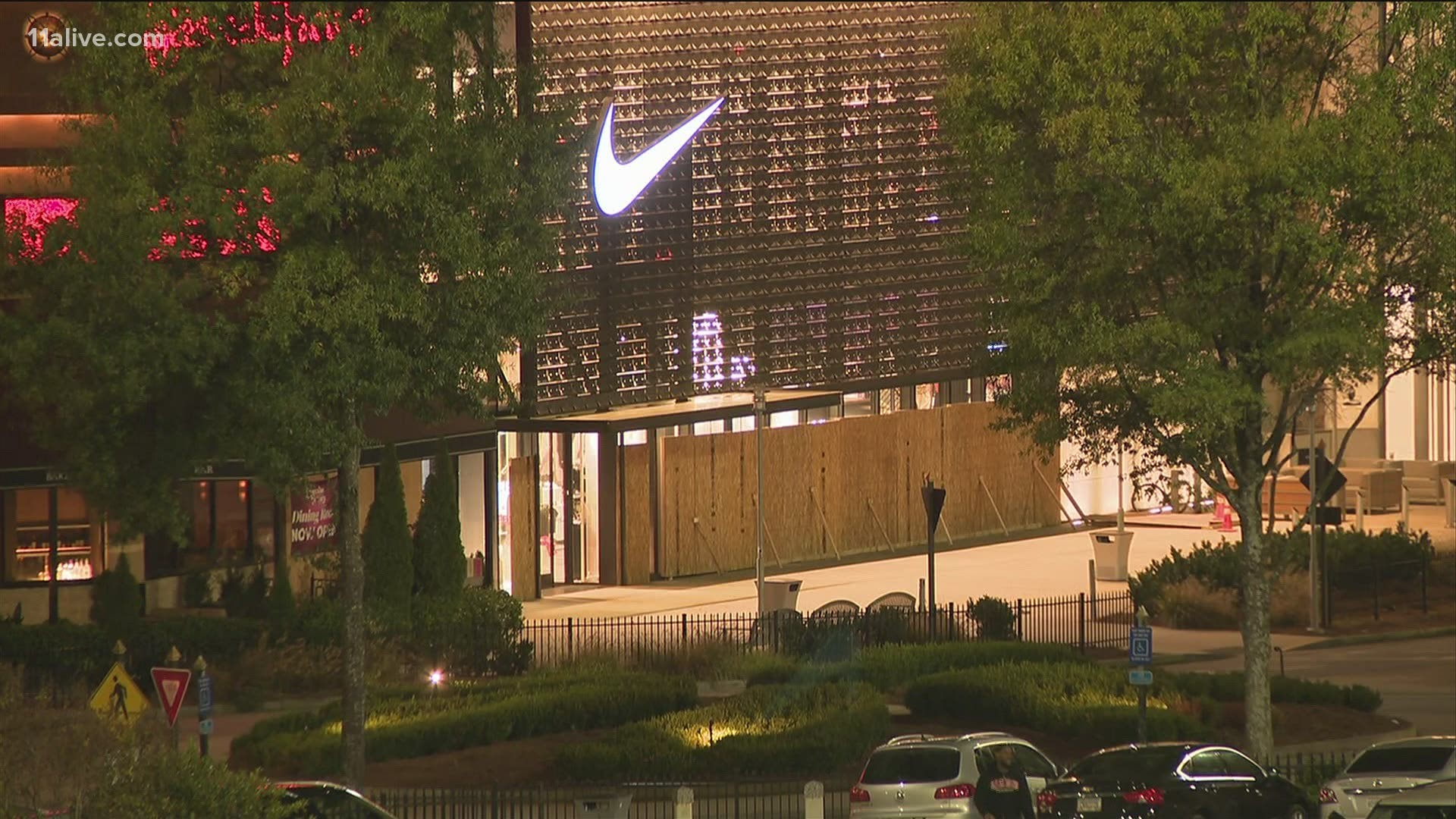 ATLANTA — The Atlanta Police Department issued a statement regarding election security today and in the days following the election.

They said that even though election security is led by state and county officials, the city's police department is coordinating with local, state and federal law enforcement agencies at polling locations and across the city if any "post-election protests or illegal activity occur."

They said they are monitoring real-time Election Day activity through their Joint Operations Center and will continue to do so in the coming days.

"At present, there are no verified threats to indicate that violent activity is being planned," they said in a statement. "If activity begins to occur, APD is prepared to respond quickly to prospective protests or illegal and violent activity, in coordination with partnering local, state and federal law enforcement officials."

Bracing for potential unrest after the election, some area businesses are choosing to board up storefronts beforehand. The Nike store at Lenox Square was seen boarded up, as well as some stores in Buckhead and in Atlantic Station.

When asked why some cities are preparing for civil unrest, Seattle University Political Science Professor Marco Lowe said, "I think we've seen a summer of civil unrest and people very rightly expressing their frustration and anger at the justice system in America. We have momentum for those protests, and on the other side, we have a lot of anger and potential violence from far-right extremist groups in America."

Stay with 11Alive News for all your Election Day coverage, including results, reactions from candidates, and much more in the days ahead. Visit www.11alive.com/vote for complete coverage.