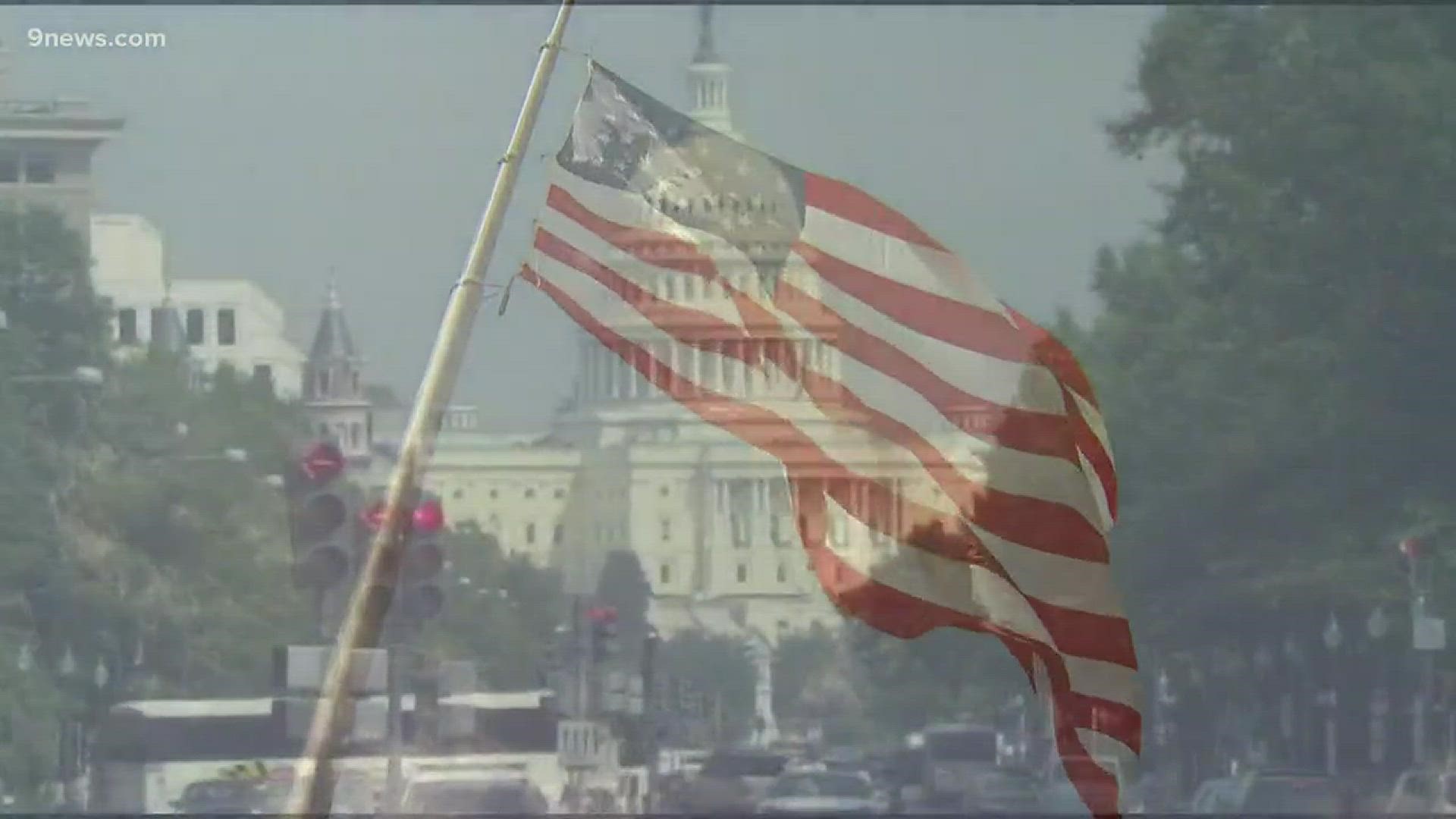 DENVER — The large field of Democrats who wanted to take on Sen. Cory Gardner (R-Colorado) in the November 2020 general election is down to two candidates.

Former Governor John Hickenlooper ran for president, but after his campaign failed to pick up steam nationally, he joined the U.S. Senate race – a job he previously said he didn’t want and wouldn’t be good at.

Former Colorado Speaker of the House Andrew Romanoff has called himself a candidate for progressives, but he’s lost two high-profile races over the years.

The two candidates debated on June 9 on 9NEWS. Anchor Kyle Clark moderated the discussion, which covered topics ranging from recent protests against police brutality to Hickenlooper’s ethics violations -- for which Romanoff asked his opponent to resign. 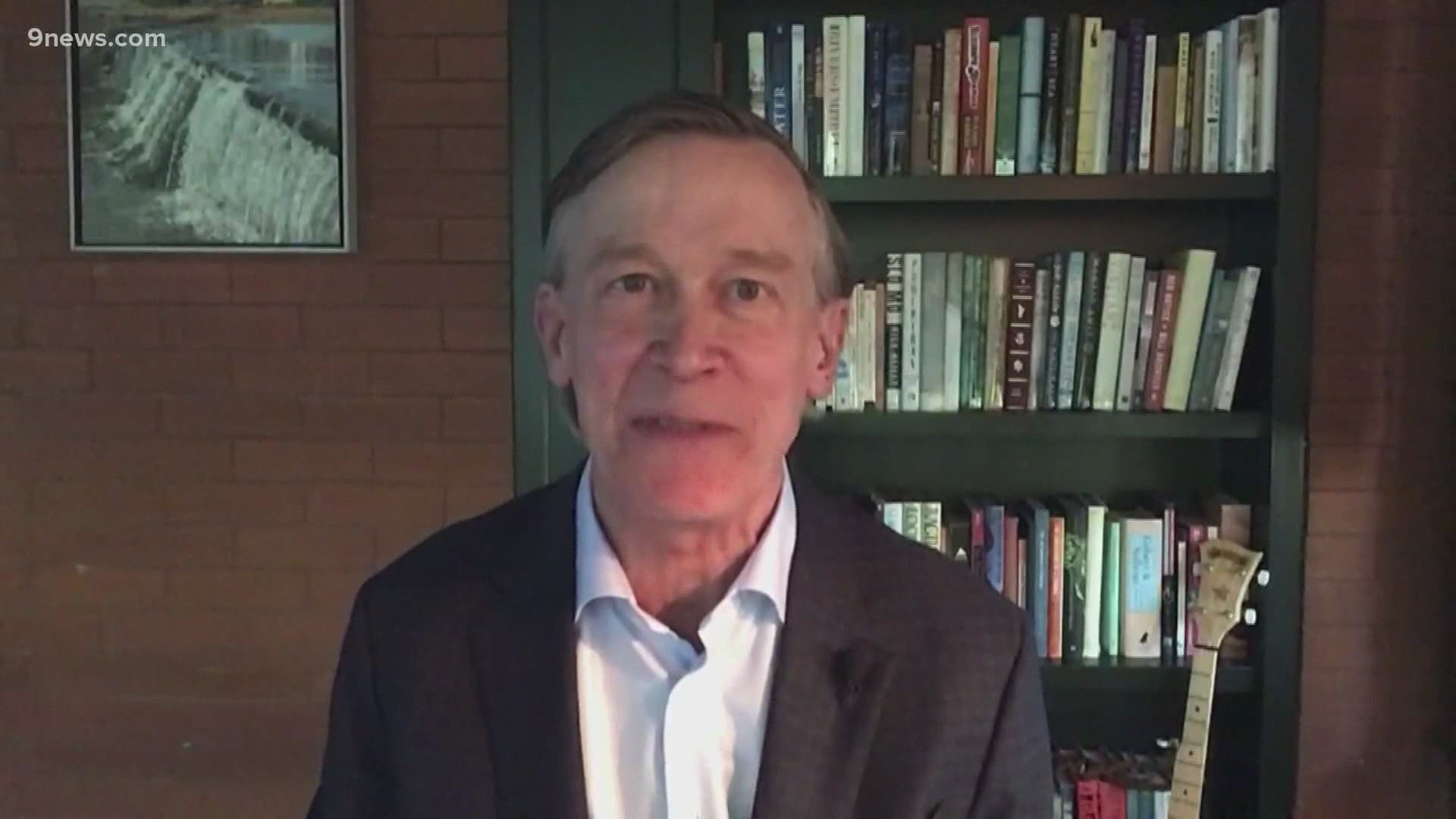 Ballots were mailed out to voters this week, and Colorado's Senate primary is on June 30.

Watch the video above for the full debate, and keep scrolling for a topic-by-topic look at the discussion.

RELATED: 9NEWS has a new app, download it here 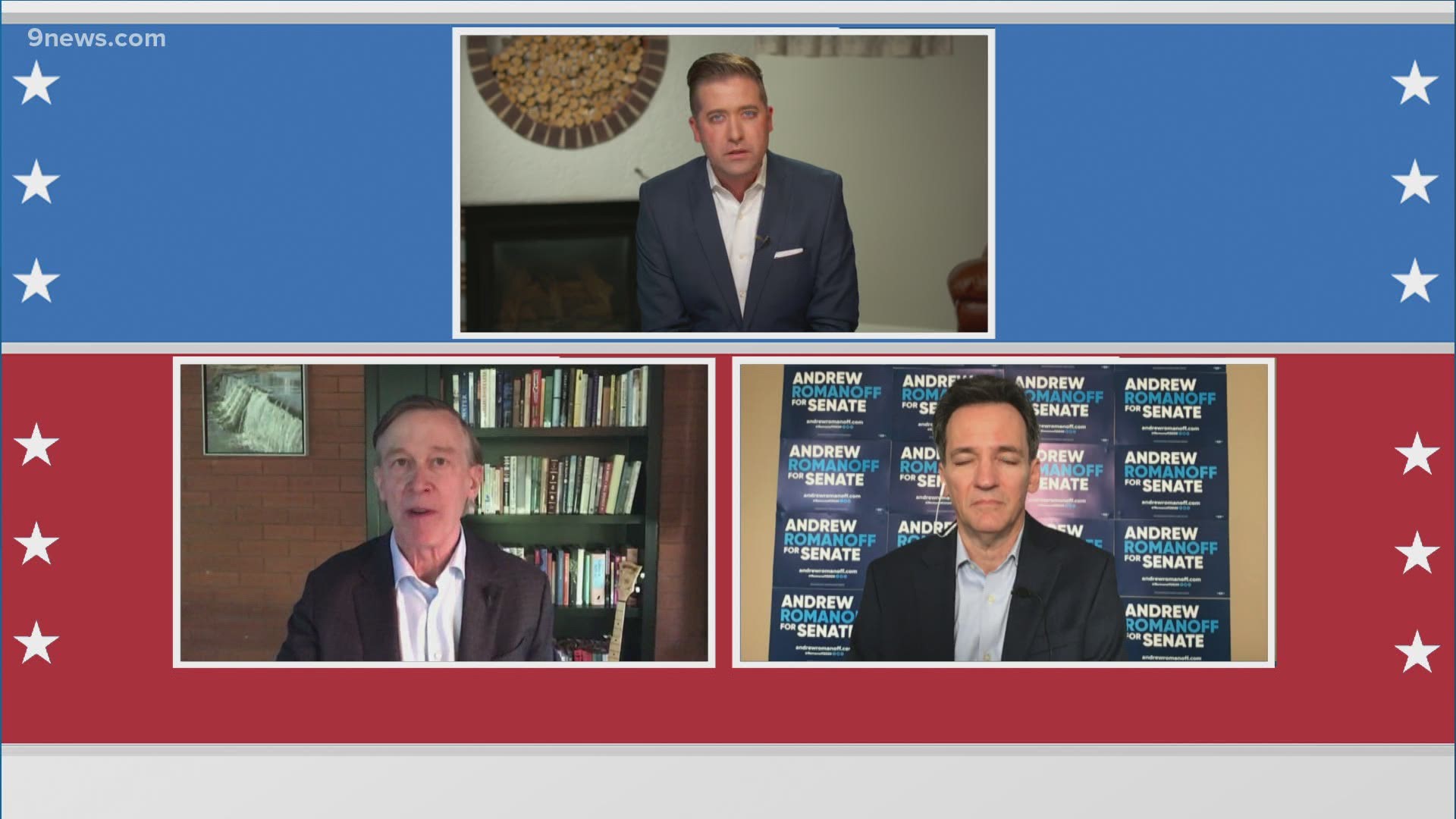 At the very start of the debate, Hickenlooper said police departments should not be defunded, something that protesters are calling for across the country.

"I do believe we need to reform the police," Hickenlooper said. "... now we have to recognize making sure police officers turn on their camera, don't use strangeholds, these are an essential part of any reform effort."

Romanoff fired back, saying that he doesn't believe that Hickenlooper understands the movement.

"Reform is not enough, we do need to shift resources and demilitarize police," Romanoff. "John misunderstands this movement just as he misunderstands what 'black lives matter' means.'"

RELATED: Hickenlooper testifies at ethics hearing after being held in contempt

The video below shows the full discussion about police reform in wake of the death of George Floyd: 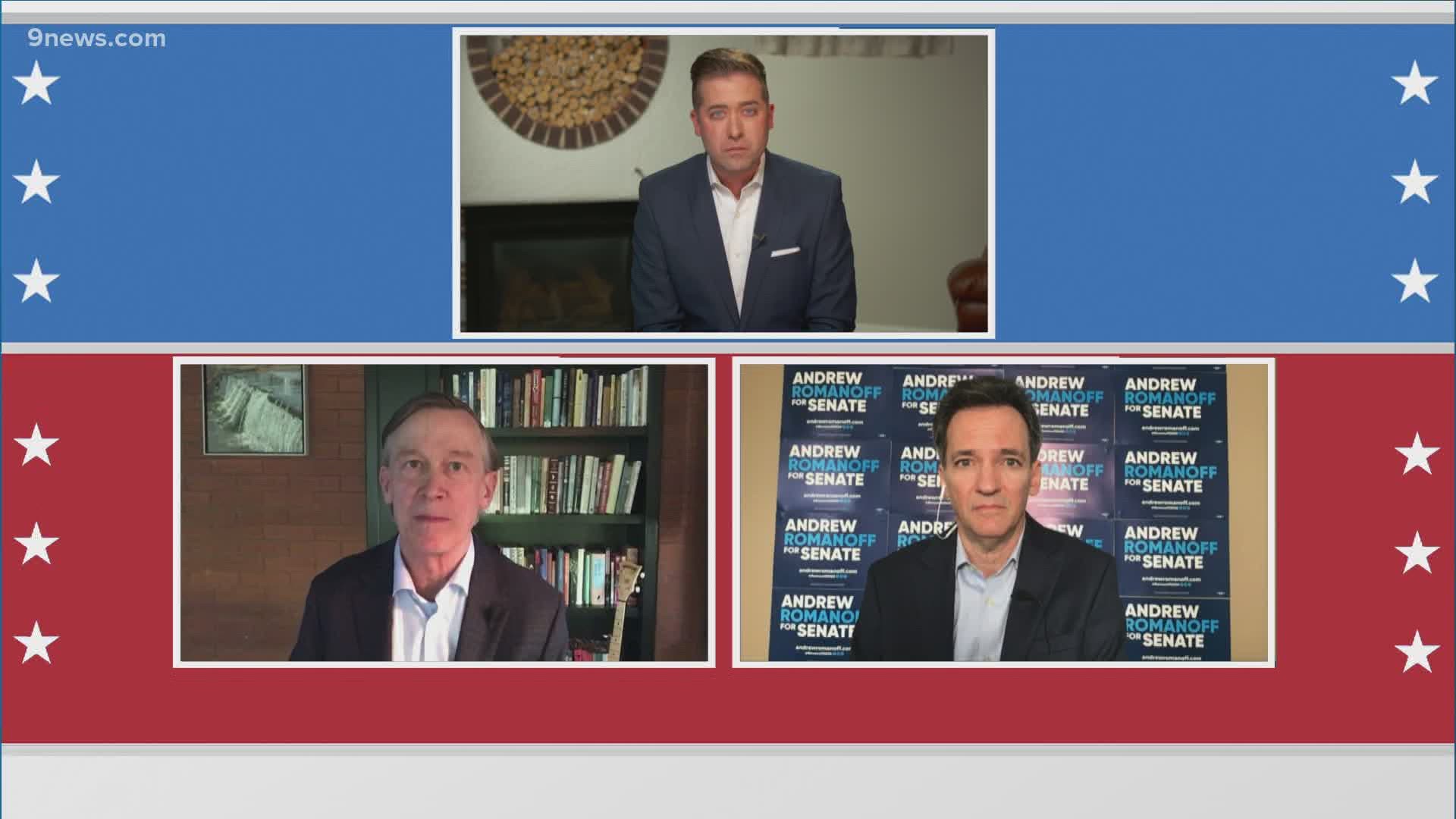 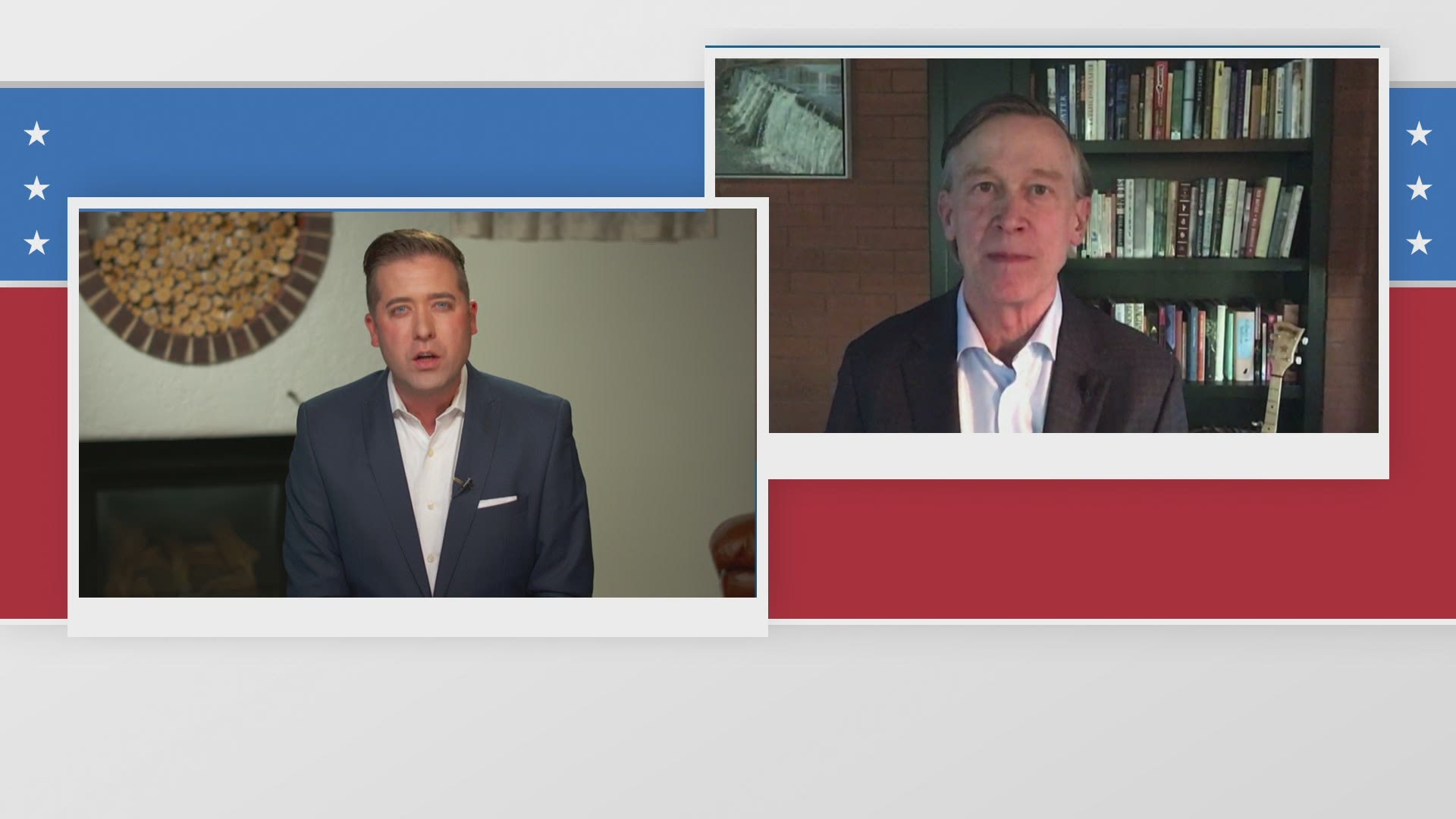 Hickenlooper did not initially appear at his own ethics hearing last week after being subpoenaed to do so, and was found in violation of two ethics codes for trips he took as governor.

"I accept that decision, I accept responsibility," Hickenlooper said, stopping short of apologizing for being the first person held in contempt by the independent ethics commission.

Romanoff said Hickenlooper "wrote the Republicans' ad against him for a second time."

"John Hickenlooper represents a threat we cannot afford, I think he should consider withdrawing from this race."

"The point I was trying to make is these allegations were made by a dark-money Republican group," Hickenlooper responded. 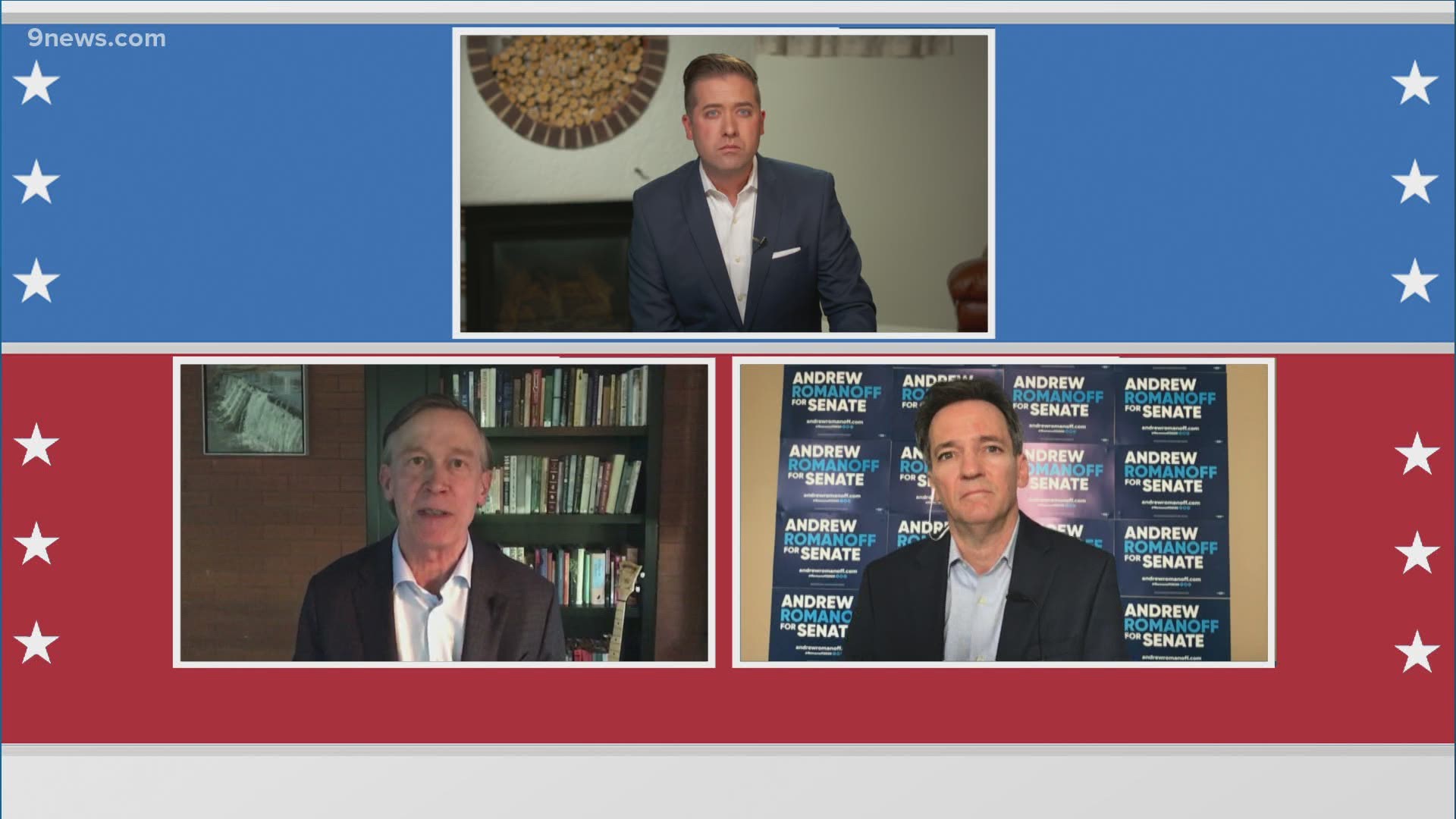 Hickenlooper and his more progressive opponent have different opinions about the 'Green New Deal.' Hickenlooper said he is nevertheless as urgent about climate change as Romanoff.

"We've got to have a concentrated, focused, integrated, comprehensive program to address climate change in the U.S. Senate," Hickenlooper said. "It's got to include getting rid of coal-fired electrical plants, it's got to include incentive to accelerate transition to electric vehicles."

"Voters are living in that kind of hell right now, perhaps not in the circumstances portrayed in that ad," Romanoff said, later asking Hickenlooper why he continues to take money from the fossil fuel industry and support fracking. 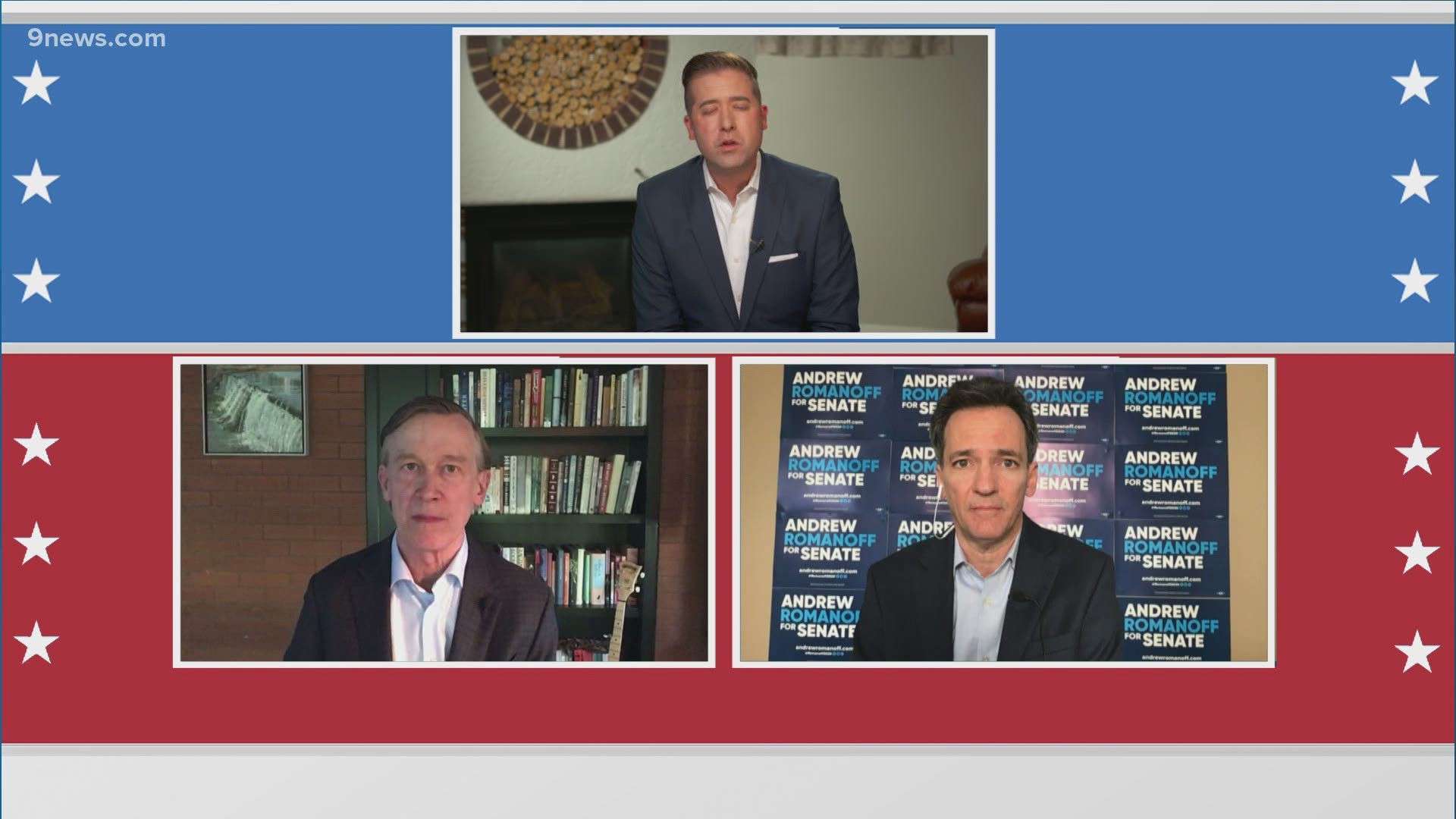 Hickenlooper called preparations "woefully inadequate" in the face of COVID-19.

"We need to build up our public health infrastructure and make sure we have the preparations for any kind of pandemic," Hickenlooper said. "... we also have to make sure that hospitals across the country have adequate supplies and ready supply chains for PPE."

Romanoff said Congress need to adopt Medicare for all to prepare for the next wave of coronavirus.

"This is a place where I not only differ from Cory Gardner ... but also John Hickenlooper, who compares plans like this to the work of Karl Marx or Joseph Stalin," Romanoff said.

You can watch the candidates' closing arguments below. 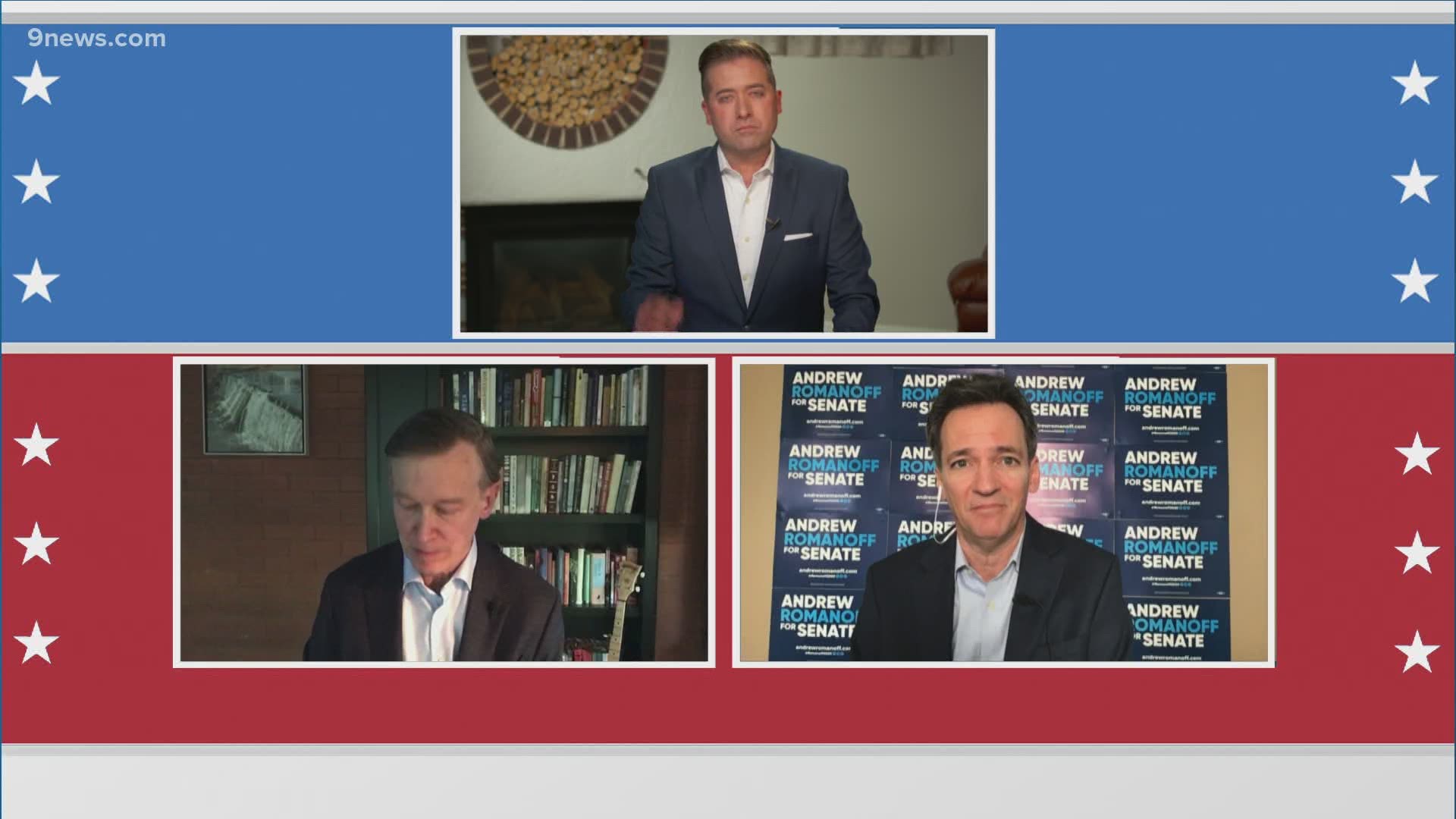