According to data from the Secretary of State’s Office, over 1.6 million voters have been purged since 2010. 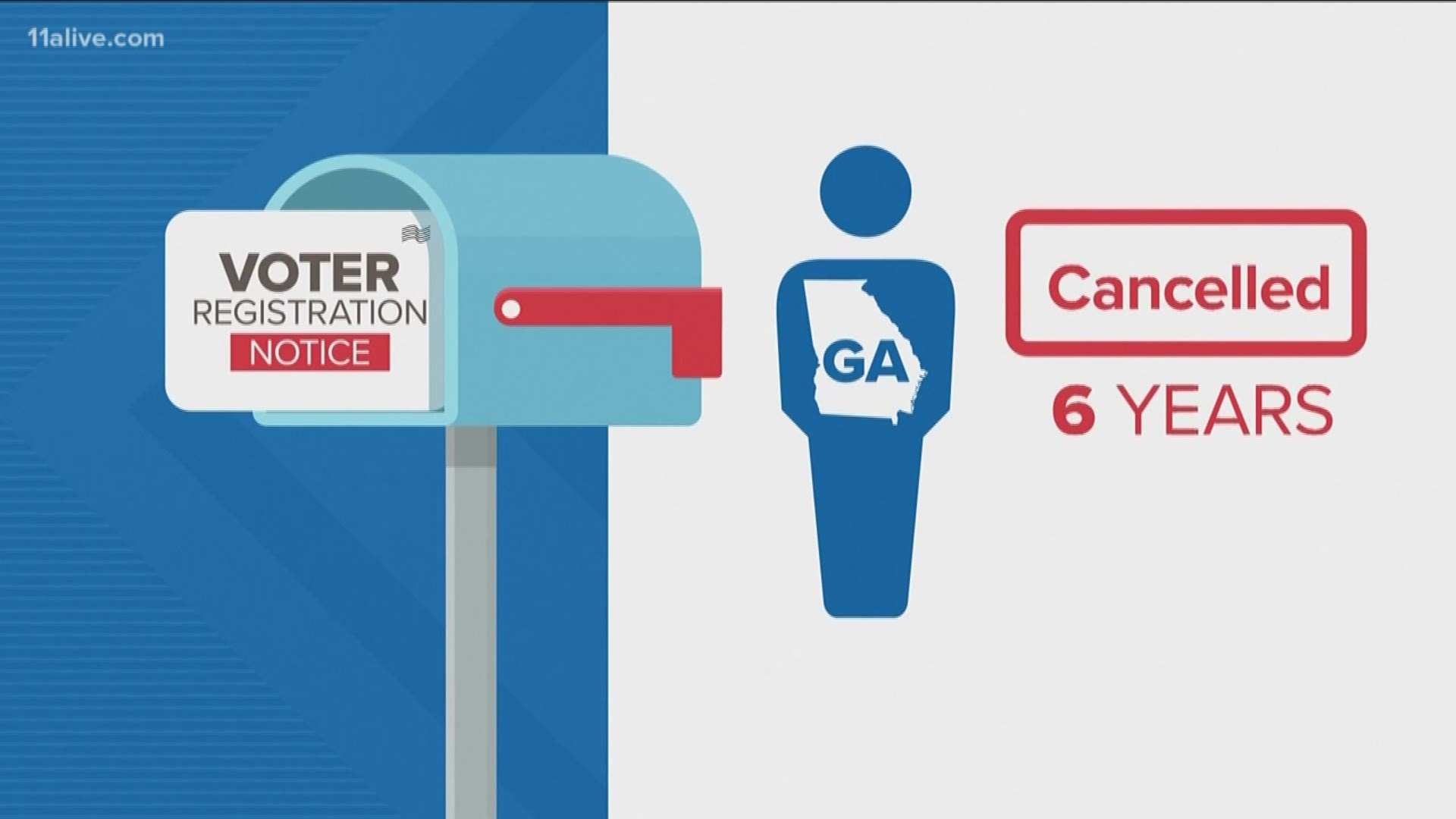 Voter purging in Georgia was one of the biggest debates in this year’s race for governor – it’s become such a contested issue that lawmakers introduced a bill on Friday that would stop it from happening in future elections.

The bill states that 1.4 million voter registrations have been canceled since 2012 – but when 11Alive asked the Secretary of State’s office for hard numbers to verify the data, the office delayed the request.

11Alive first sent a request to the Open Records officer with the Secretary of State’s office on Oct. 22. A few days later, the officer responded, stating that the data would be available on Nov. 16.

On Nov. 16, another email was issued – this time, requesting an extension to make the data available on Wednesday, Nov. 21.

“You will have it today,” the Secretary of State’s office said in an email on Wednesday.

The documents were finally released at 6:28 p.m.

The records were broken down into three spreadsheets by gender (male, female, unknown). It stated that 1.6 million voters had their registration canceled, though data included went as far back as 2010.

Reasons for registration being purged included death, no activity for two years, being a felon, errors and more.

According to the records the following number of people had their voter registration canceled, by race:

Under Georgia state law, if citizens do not vote or respond to mailed notices about voter registration for three years, they can be declared inactive.

If the person doesn’t cast a vote within six years, voter registration can be canceled – aka, “purged.”

Those against the law believe it erodes voter rights, while supporters, like governor-elect Brian Kemp, believe it prevents voter fraud.

Kemp served as Secretary of State while running for governor against Democrat Stacey Abrams.

He remained in that position while out on the campaign trail, despite calls to resign.

“I took an oath to serve the citizens of this state. That is exactly what I’m doing,” Kemp said on Oct. 18. “The counties hold our elections. The county election board certifies the results. That’s done in a public way by a bipartisan board. Then, those results are hand delivered to our office. We just check the numbers and certified the work they have done. So, their claims that I can rig the election are outrageous.”

Sean J. Young, legal director of the ACLU of Georgia, led the battle to fight Georgia’s “signature match” law in Gwinnett County, where up to 10 percent of absentee ballots were rejected due to mismatched ballot information.

“All we are asking is that those same voters get another letter in the mail, from the Secretary of State, explaining they made a mistake and assuring them that their right to vote is not threatened,” Young said.