Here's the story behind that 'Welcome to Joe-gia' doodle

11Alive tracked down the creator of the doodle, Johnny Hart, who spoke about the attention the doodle is getting. 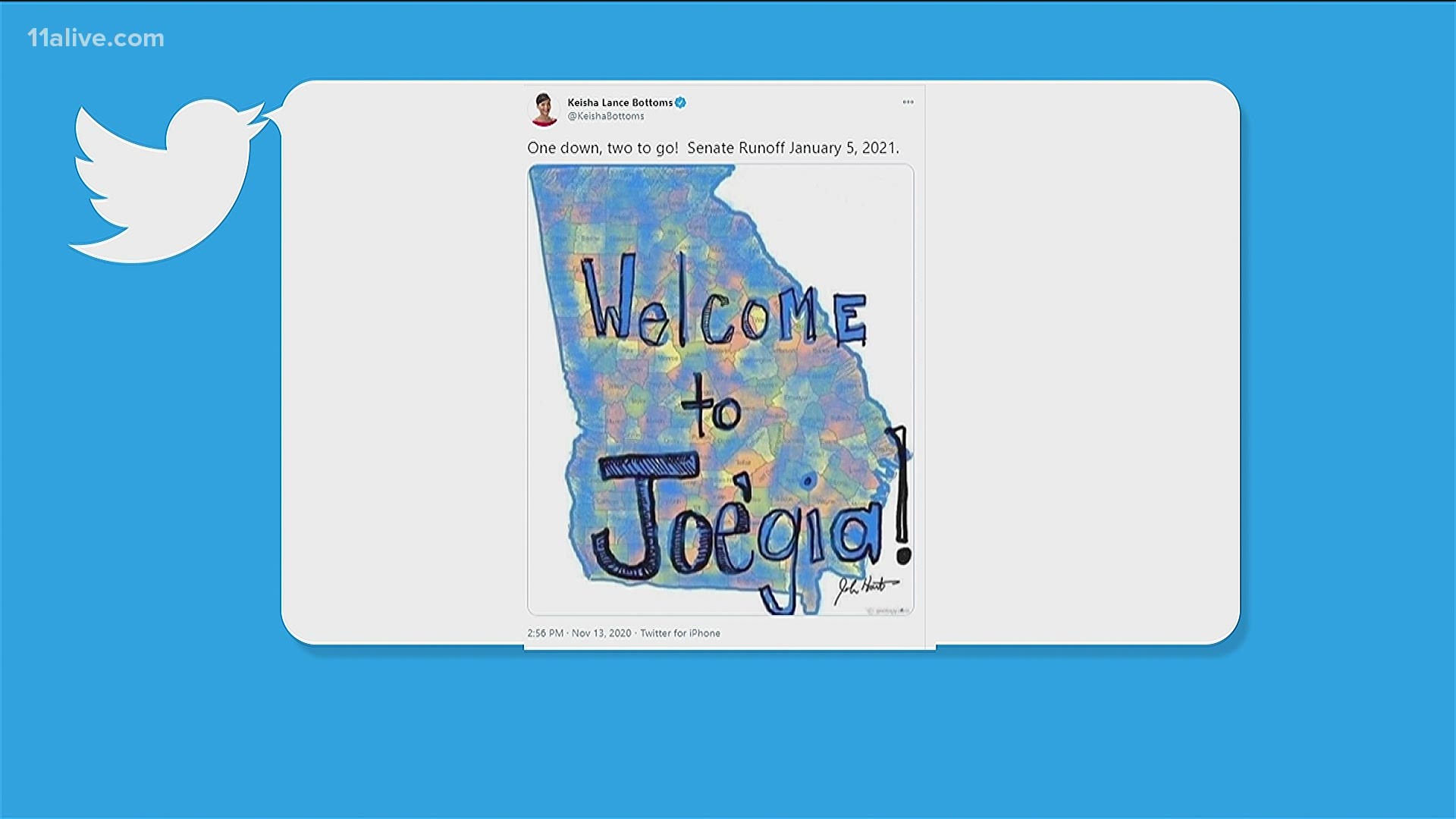 ATLANTA — Welcome to "Joe-gia!" It's a close, yet, distant cousin of Georgia.

Atlanta Mayor Keisha Lance Bottoms tweeted a picture of a doodle featuring the slogan - etched across an image of the state colored blue - Friday, while promoting the January Senate runoff. Democrats hope a "blue wave" will follow Joe Biden ending the state's red streak after nearly 30 years, bringing two of the party's candidates to the Senate, after

11Alive tracked down the creator of the doodle, Johnny Hart, who spoke about the attention the doodle is getting, calling it a fluke.

Hart said he drew it days after the election, as Joe Biden started closing the gap on Donald Trump's lead in Georgia.

"I knew (Biden jumping ahead) was gonna happen, and I just had this huge moment," Hart added. "I got chills all over my body. I was so happy for everyone who had worked so hard, and I sat down and I doodled that image."

Hart has since launched an Etsy store with about 20 items with the "Joe'gia" design for sale. The former school teacher is now a guitar-maker, but has been out of work during the pandemic. He said the success of the doodle will help bring him up to date with mortgage payments.

While Hart is glad Biden won, because he said he believes he represents the values of his heart, he added he hopes people are able to come back to reality in the wake of the election and talk to each other as people again.