What are campaign surrogates?

They're more present now than ever. The question is: Can they really impact an election? 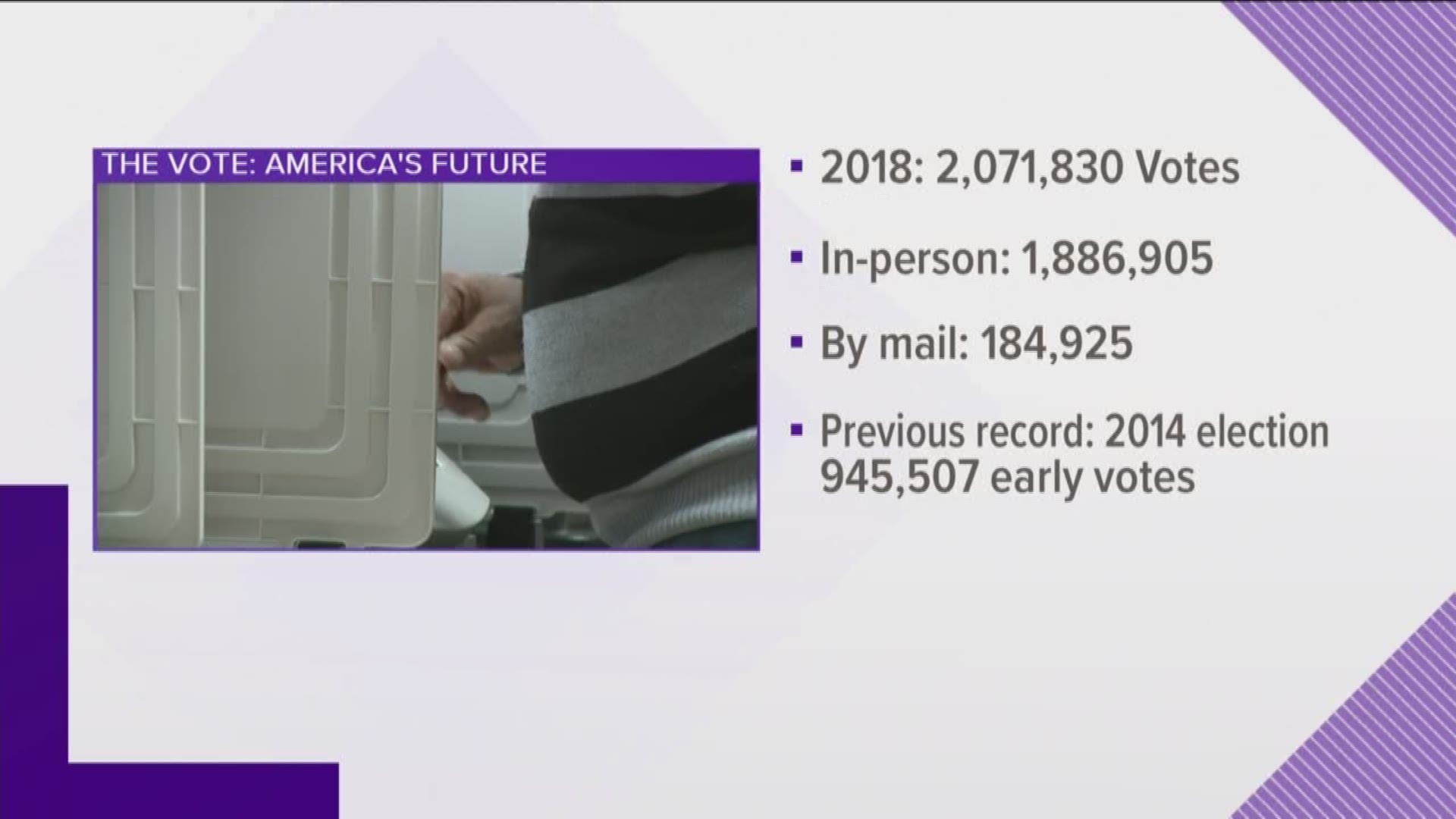 We’ve see them a lot in the last few days - famous people and politicians throwing support behind presidential and even gubernatorial candidates.

Whether it’s Oprah Winfrey stumping for Stacey Abrams, or President Donald Trump campaigning for Brian Kemp, these types of endorsements are called campaign surrogates. They’re more present now than ever. The question is: Can they really impact an election?

A campaign surrogate is another politician, celebrity or person of influence, campaigning on a candidate’s behalf. According to Eric Kasper, a political science professor at the University of Wisconsin Eau Claire, it’s an old practice dating back to the early days of politics.

“Very famously the Hutchinson family, which was a group of singers which toured the country in the 1850s, 1860s," Kasper explained. "They were very vocal supporters of Abraham Lincoln in the 1860 election and they went out and spoke in favor of him at that time.”

In fact, in the old days, it was considered “un-presidential” for a candidate to campaign for himself.

"They would conduct what they would call front porch campaigns, where they would literally just sit at home but the real campaigning would be done by other party members who would stir up crowds and try to get people to vote for their nominee," said Charles Bullock, Richard Russell professor of political science at the University of Georgia.

READ | What are the Georgia amendments on the 2018 ballot?

But then, radio was introduced and things began to change.

“As you move into the 1920s, you have candidates for the presidency wanted to make use of celebrities,” Kasper said.

And so they did. With Babe Ruth endorsing Woodrow Wilson, the Rat Pack throwing support behind JFK, and Richard Nixon asking Jackie Gleason to open for him during a telethon.

But do they work? Kinda.

“Most voters, they’re not going to be swayed one way or another based solely on a celebrity endorsement or lack thereof," Kasper said.

Bullock agreed, saying that most voters have likely already made up their minds.

"Maybe the hope of the campaign is to get some of these voters who have been sitting on the sidelines to go out and vote,” Bullock added.

Surrogates nowadays aren’t aimed at the majority, but the few who maybe haven’t made up their mind on a candidate.

Very rarely do surrogates win a substantial number of voters for their candidate -- except for a very famous endorsement by Oprah.

“The research there suggests she did have a significant impact in bringing in hundreds of thousands, if not, a million, new supporters to Barack Obama when he was first running,” Kasper explained.

But surrogates can have positive impacts on elections even if it means getting more people to the polls. And with social media – it’s becoming more popular for powerful political or celebrity surrogates to come into local elections.

“Today with social media, it’s a lot easier for them to directly communicate with their fans what their political beliefs are and what they’re endorsements are,” Kasper said.

And again, because of social media and a growing consumption of news, obviously candidates can’t be everywhere at once. So, surrogates are used to feed the masses per se.

So, while surrogates might not necessarily win elections for their candidates, they do bring attention to them. And attention is a gold mine in politics, so expect to keep seeing them for the foreseeable future.