There were 1.5 million total requests for absentee ballots. 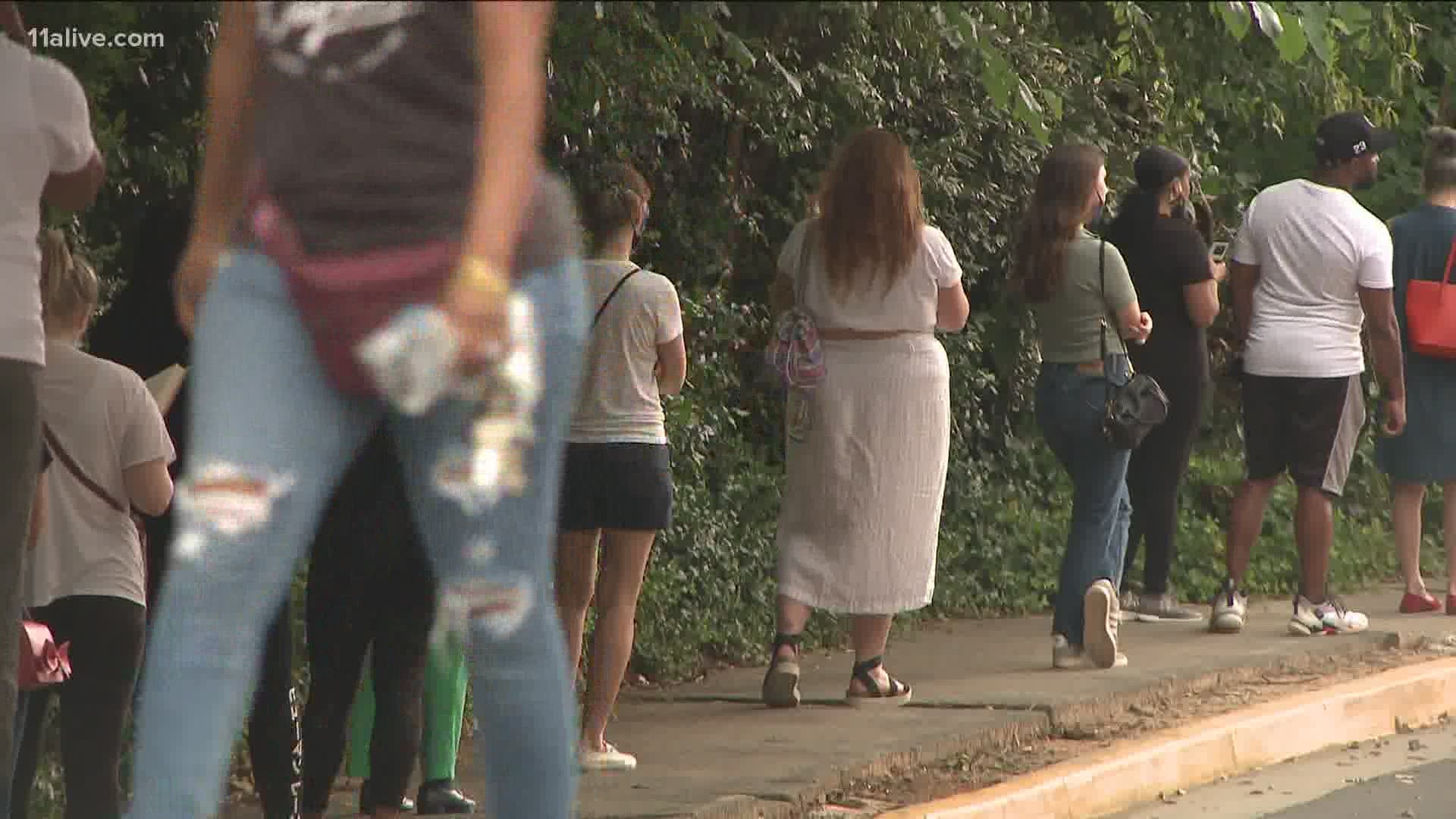 ATLANTA — More than 800,000 people have voted by way of absentee ballot, the Secretary of State's office said last week.

But what if you requested an absentee ballot and never got it?

Due to the coronavirus pandemic, the state went out of its way to encourage voters to request absentee ballots to avoid long lines and crowds on Election Day.

They said there were 1.5 million total requests for absentee ballots for the primary election.

However, many viewers have told 11Alive News that they requested one -- but never received it.

Some, as late as Friday, checked the status on the state's website to learn that it was just issued that day.

If you get the ballot in time, you can still fill it out and avoid long lines by dropping it in one of the many official drop boxes around the state. At this point, do not drop your ballot in the US Mail, because it will likely not be received before the deadline.

But if you don't get it -- and show up to the polls -- you'll need to fill out an affidavit to cancel the absentee ballot -- to vote in person.

RELATED: What to do if you never got an absentee ballot or haven't returned it

Last week, the elections office told us 96 percent of the people who ordered ballots have gotten them. Conversely, there were still more than 700,000 people who had received absentee ballots, but not returned them.

The bottom line is -- if you vote in person, or by absentee ballot, your vote must be cast by 7 p.m. on Tuesday.

On Election Day, get updates from 11Alive here. You can also download the FREE 11Alive app now in the iTunes store or on Google Play to follow any breaking news.

On eve of election, Secretary of State to address citizens