What to know ahead of Georgia's recount

When is the recount set to begin, end and who is in charge of paying for it? 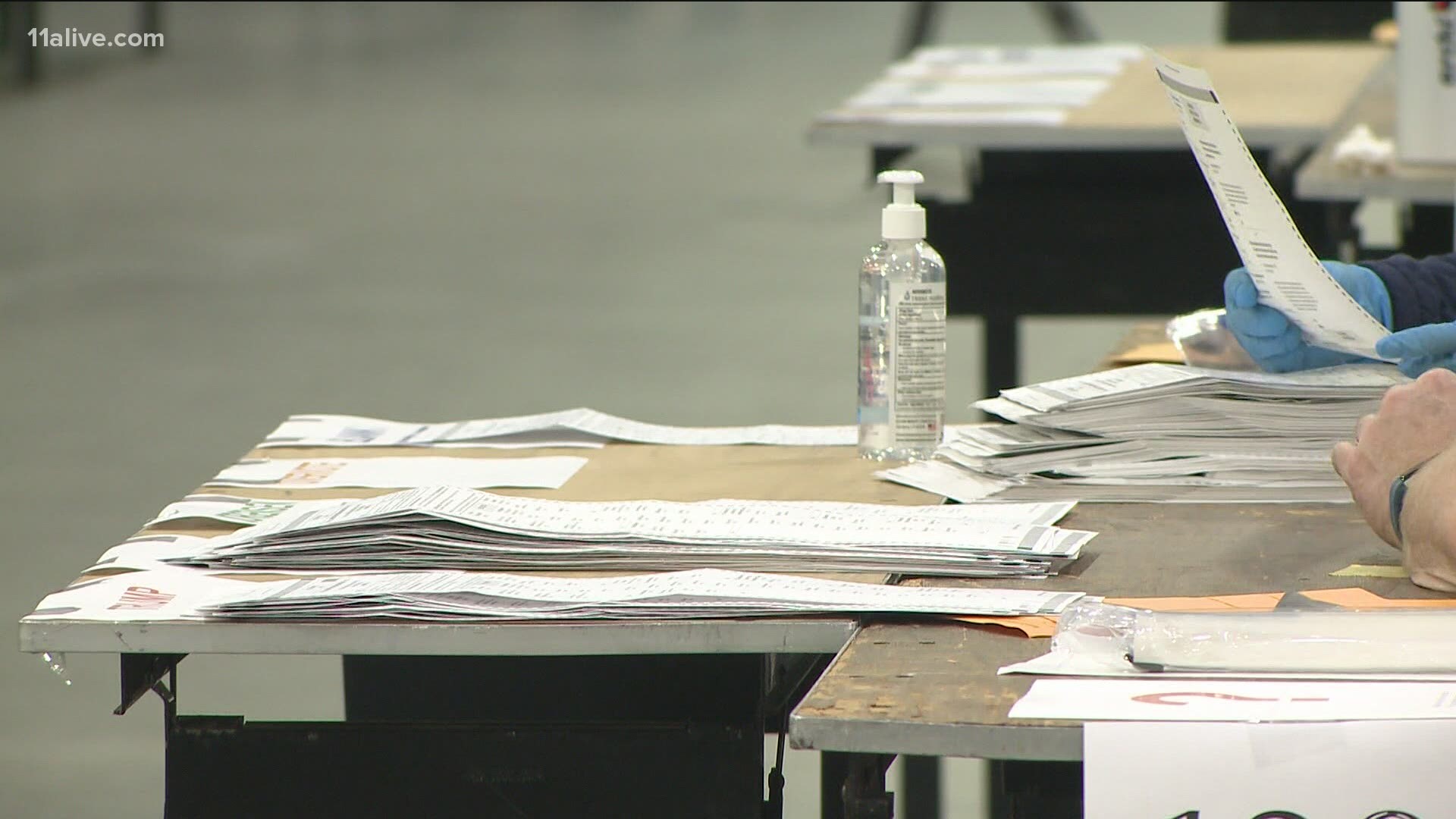 ATLANTA — Counties are getting ready to count election votes - again.

President Donald Trump's campaign requested a recount of votes in the Georgia presidential race just one day after state officials certified results from the statewide audit.

Results from that audit of almost five million hand-counted ballots tightened an already narrow gap in favor of Trump, bringing him within about 12,000 votes of Biden's current lead.

"This was a good audit," said Gabriel Sterling with the Secretary of State's Office. "We had a lot of people in the room who are experts of risk-limiting audits who say we did a really good deal."

The recount process will begin Tuesday at 9 a.m. and will wrap up by midnight Wednesday, Dec. 2. Counties will have to juggle a busy few weeks with some holding elections next week and managing workers during Thanksgiving.

The cost of this recount will fall on counties just like the hand audit did. The recount won't be as expensive as the audit, but the biggest cost counties will have to bear is personnel.

"We know some of them will be working over the weekend or more than eight days during their workdays," said Sterling. "We expect it to get done next week but we want to give enough flexibility for the counties to allow for this and to allow for our transparent process."

This week, the process for counties will be different from the hand audit that wrapped up last week. The recount will rely on scanners with the Secretary of State's office looking into distributing more.

"It's not as easy as you can just throw these ballots into the machines," explained Sterling. "You've got to keep them batched by the four original buckets that they came in: election day votes, provisional votes, absentee votes, and early votes. We have to report them by precinct."

Results will not be trickling in as they did on election night. Instead, they will be posted county-by-county when they are ready on the Secretary of State's website. Expect to see numbers coming in for smaller counties first since they have fewer ballots to go through.

"Smaller counties in the state tended to go for President Trump," said Sterling. "We're going to be looking for making sure it's lining up with what those county results were."

The results the state gets from this recount will be the final and certified version for Georgia.

Election workers think the recount is another step towards transparency.

"I'd say bring it on," said Richard Siler, who counted ballots by hand during the audit. "It's within the rights of the president's campaign to request it; so, I say definitely do it."

"The more that we do re-count, people will more faith in the process," said Ashley Nealy who worked at State Farm Arena storing scanned ballots in boxes the day after the election. "No one I saw do anything that would give me any pause. I don't know if people realize this but you do have to take an oath so we take it very seriously."

Credit: WXIA
Ashley Nealy who worked in Fulton County the day after the election