When does the early voting period end in Georgia?

Here's how much time you still have to get to the polls in advance of Election Day on Nov. 3. 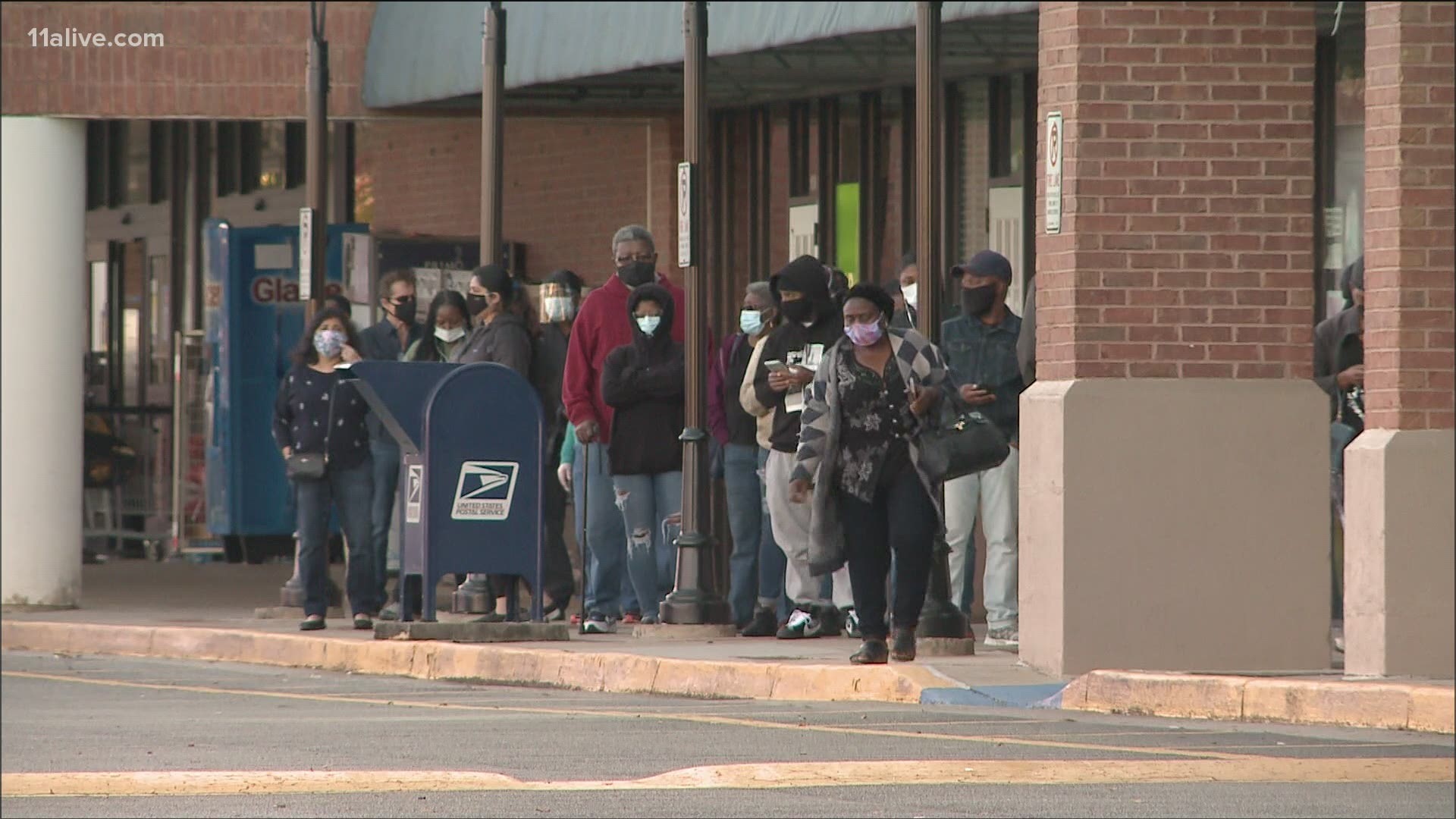 ATLANTA — Early voting in Georgia began on Oct. 12, and it has been embraced by voters in a remarkable fashion so far: The Peach State is expected to surpass 2 million votes cast by Wednesday, ahead of the Nov. 3 election.

That's more than a quarter of the state's roughly 7.5 million-strong electorate, with the state reporting about half of the 1.5 million mail-in ballot requests it received still outstanding.

If you're among the many Georgians looking to cast your vote and avoid an Election Day rush, the good news is you still have a good amount of time to do so.

When does early voting end?

It depends on your county in some respects, but the early voting period for Georgia ends Oct. 30, giving you 10 more days including today, Oct. 21.

It's important to note, though, that not all counties operate the same hours and days at their early voting locations. For a list of metro Atlanta counties and what hours they keep, you can visit this 11Alive article.

For other parts of Georgia, you can visit the Secretary of State's website and look up your county registrar to find out further information.

According to the Georgia Secretary of State's figures, the state has seen more than a 130% increase in voter turnout compared to this time in 2016. And there's still time to improve on that and keep Election Day crowds to a minimum.

“Notwithstanding the pandemic, voters in the Peach State can take advantage of no-excuse absentee ballot voting by mail or through a secure drop box; three weeks of early, in-person voting; or Election Day voting," Secretary Raffensperger said.