Runoff races: Georgia only 1 of 2 states to use them

Historically there have only been two U.S. Senate races in Georgia. The 2020 general election could lead to 2 U.S. Senate runoffs in one year. 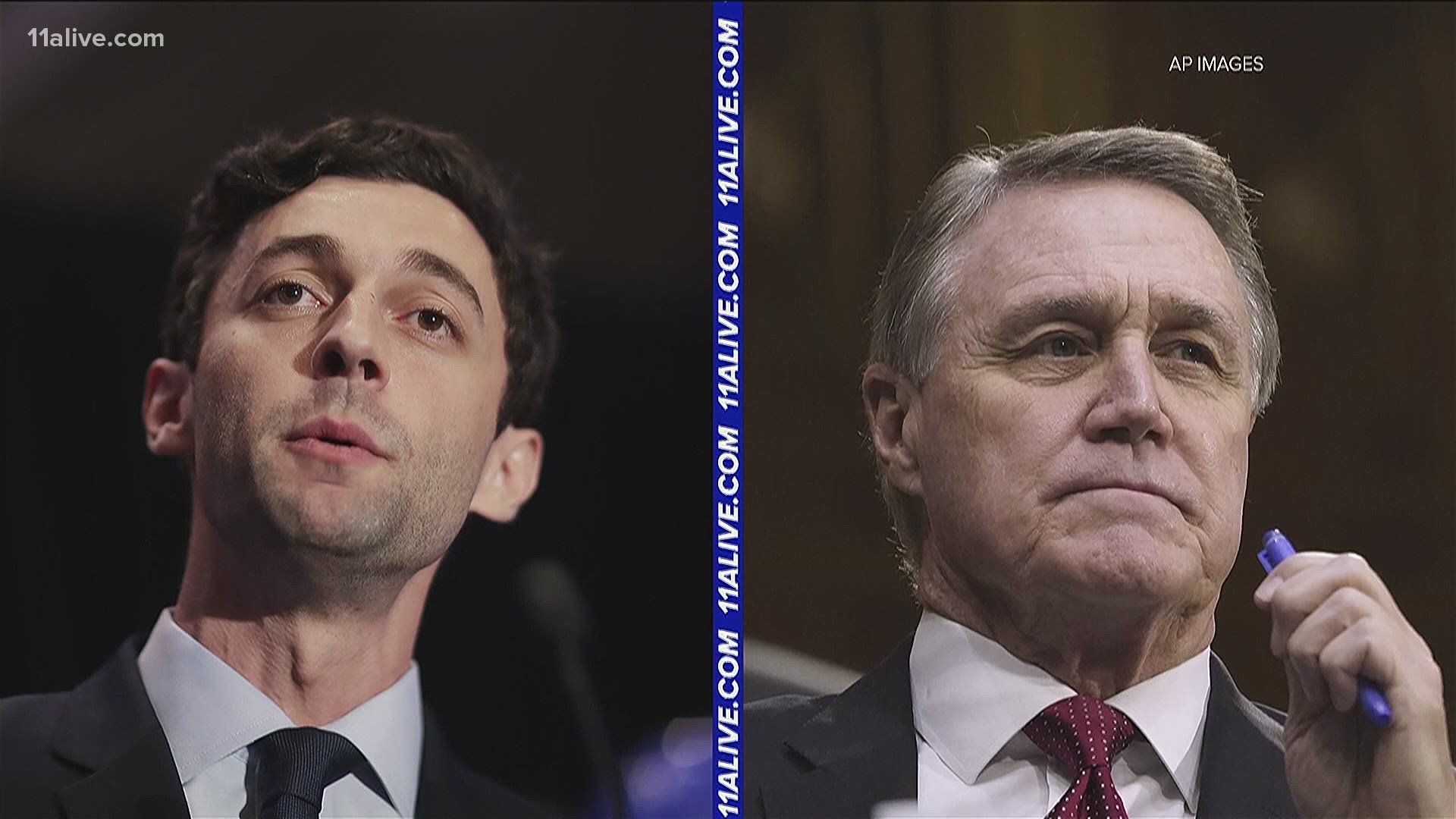 ATLANTA — If Republican Senator David Perdue was up for re-election in almost any state other than Georgia, he would be preparing to head back to Washington for a second term.

Perdue, though, is running in Georgia.

Georgia is one of only two states, according to the non-profit Ballotpedia, to use runoffs to decide general elections if a candidate doesn't earn a majority of the vote. Louisiana is the other state.

Georgia and nine other states also use runoffs to decide primary elections.

Until Thursday morning, Perdue held more than 50% of the vote in his general election contest against Democratic candidate Jon Ossoff and Libertarian candidate Shane Hazel.

But, as counties around the state continued to count votes Thursday, Perdue's share of the votes fell below 50%.

In Georgia, a candidate needs 50% plus one vote of the ballots cast to win an election outright, otherwise the top two candidates head to a runoff.

That is why Democrat Rev. Raphael Warnock and Republican Sen. Kelly Loeffler are heading to a runoff in Georgia's other special election Senate race.

A runoff between Ossoff and Perdue hasn't yet been guaranteed, but appears inevitable. Ossoff as of Friday evening, trailed Perdue in the general election by 95,635 votes.

During a press conference on Friday, Ossoff told reporters he is confident he can beat Perdue head-to-head in a runoff.

"No Georgia Democrat has ever received this number of votes before in any election in this state," Ossoff said. "All of the momentum is on our side, and we are going to just keep building."

Only two other U.S. Senate races in Georgia history have headed to runoffs.

"There isn't much of a record of this," University of Georgia political science professor Charles Bullock said. "But, the one consistent element across all the general election runoffs that we've had is Republicans have won every time."

Bullock wrote the book Runoff Elections in the United States.

In 2008, Republican Senator Saxby Chambliss faced a challenge from Democrat Jim Martin. It was a Libertarian candidate, Allen Buckley, who again forced the runoff, by earning enough votes to stop Chambliss or Martin from earning 50% of the vote. Chambliss easily won re-election in the runoff.

In the 2008 runoff, turnout dropped 43% from the general election, leading to Martin's loss Bullock said.

"Drop-off was especially steep among the African-Americans. Now, with Raphael Warnock being among one of the competitors, maybe that will keep the level of African-American participation up and that is very good for Democrats," Bullock said of 2008 compared to 2020's races.

Ossoff said Georgia in 2020 is drastically different than 2008, when asked about turnout issues for democratic candidates in past runoffs.

"Georgia has become younger and more diverse, every day of the past decade, and the effort that has gone into registering voters, empowering voters is unmatched anywhere in the country," he said.

Perdue's campaign hasn't made him available for interviews, but in a statement his campaign wrote, "As votes continue to be counted, Senator David Perdue remains in first place with a commanding lead – that won't change. We are excited for overtime..."

According to Ballotpedia, runoffs first being used in primaries can be traced back to the South and the 20th Century. "Prior to enacting the primary and runoff system, Democrats nominated candidates through conventions. The Democratic Party used the new system to unite factions that had split within the party in order to head into the general election united against the Republican Party."

The National Conference of State Legislatures writes runoffs were originally used "to encourage candidates to broaden their appeal to a wider range of voters, to reduce the likelihood of electing candidates who are at the ideological extremes of a party, and to produce a nominee who may be more electable in the general election."