Why is voting by mail controversial?

Surveys show Americans want the choice, but there are concerns. 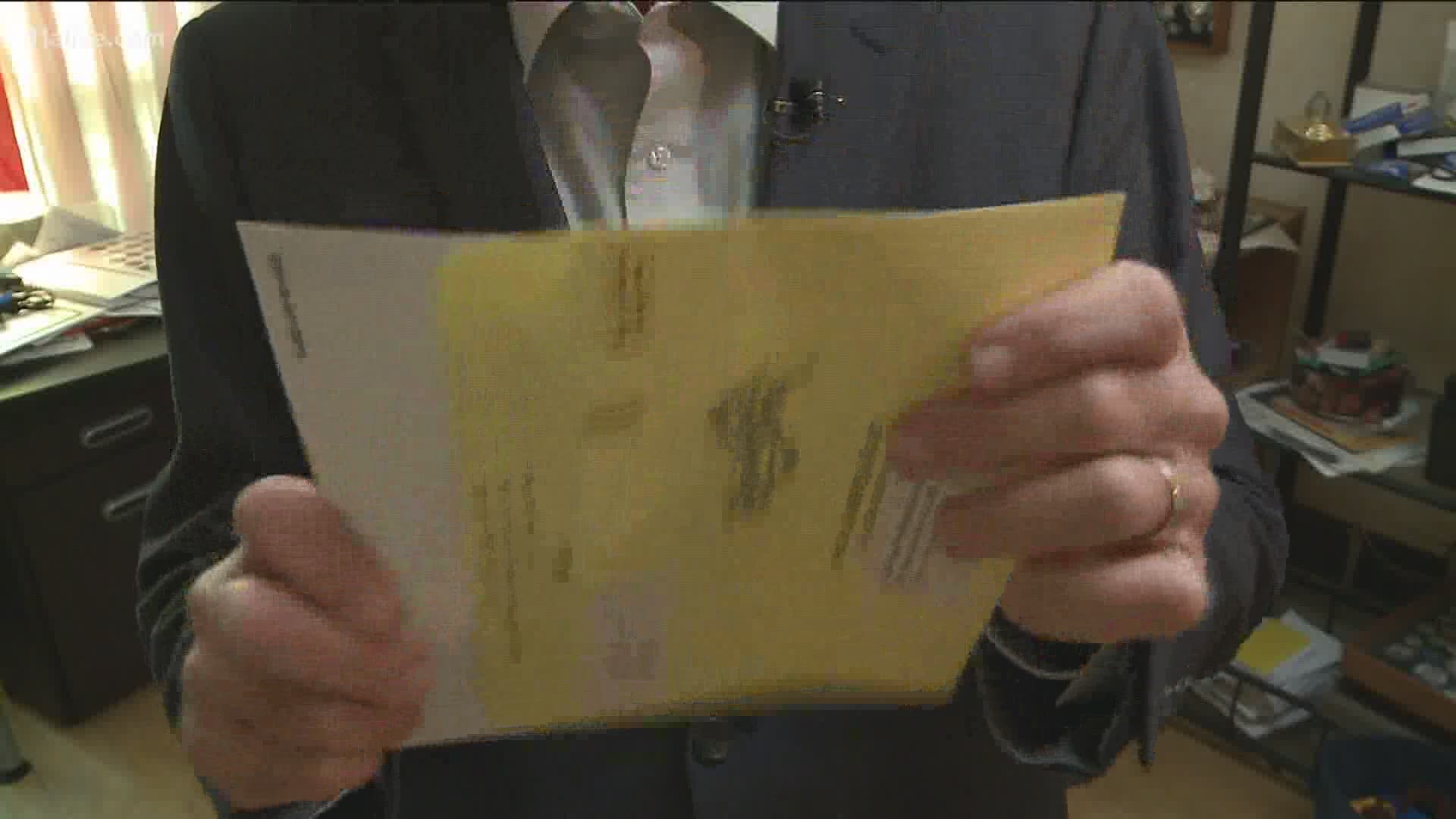 ATLANTA — Surveys reveal that a majority of Americans want the option, but voting by mail is a controversial issue.

We've grown accustomed to lines and a voting booth when it's time to cast our ballot. The idea of voting with an envelope and stamp is unconventional.

A Pew Research survey reveals 70 percent of Americans want the option, while a little more than half would like all elections conducted by mail.

Five states have gone to complete vote by mail elections. Georgia is one of the states that allows voters the choice of requesting an absentee ballot and vote by mail without having to explain why they won’t be at the polls.

Some have expressed concern that voting by mail favors the Democratic Party over Republican candidates.

"In fact, not only do new studies suggest Republicans might not be disadvantaged, there might be a slight advantage for them," says Emory Political Science Professor Andra Gillespie.

There are also concerns about potential fraud.

In their lawsuit against the state of California, the Republican National Committee claims voters filling out a ballot at home are more susceptible to "intimidation, pressure, and vote buying schemes." Individuals can "sign and sell their ballot," according to the suit.

There are security measures aimed at preventing fraud and criminal charges for violators.

Republicans say voter fraud is a huge problem," says Dr. Kerwin Swint, Professor of Political Science at Kennesaw State University. "Democrats say it doesn’t exist. The truth is somewhere in the middle. There are documented cases of voter fraud, but they’re not widespread."

Switching to an exclusive vote by mail system is challenging. It took five years for the entire state of Washington to make the necessary changes.

"You’d have to staff up, training, a lot more infrastructure than you have right now," says Dr. Swint.

According to Georgia’s Secretary of State’s Office, typically only 5-7% vote by mail here. COVID-19 is leaving its mark on this year's election as the debate continues.