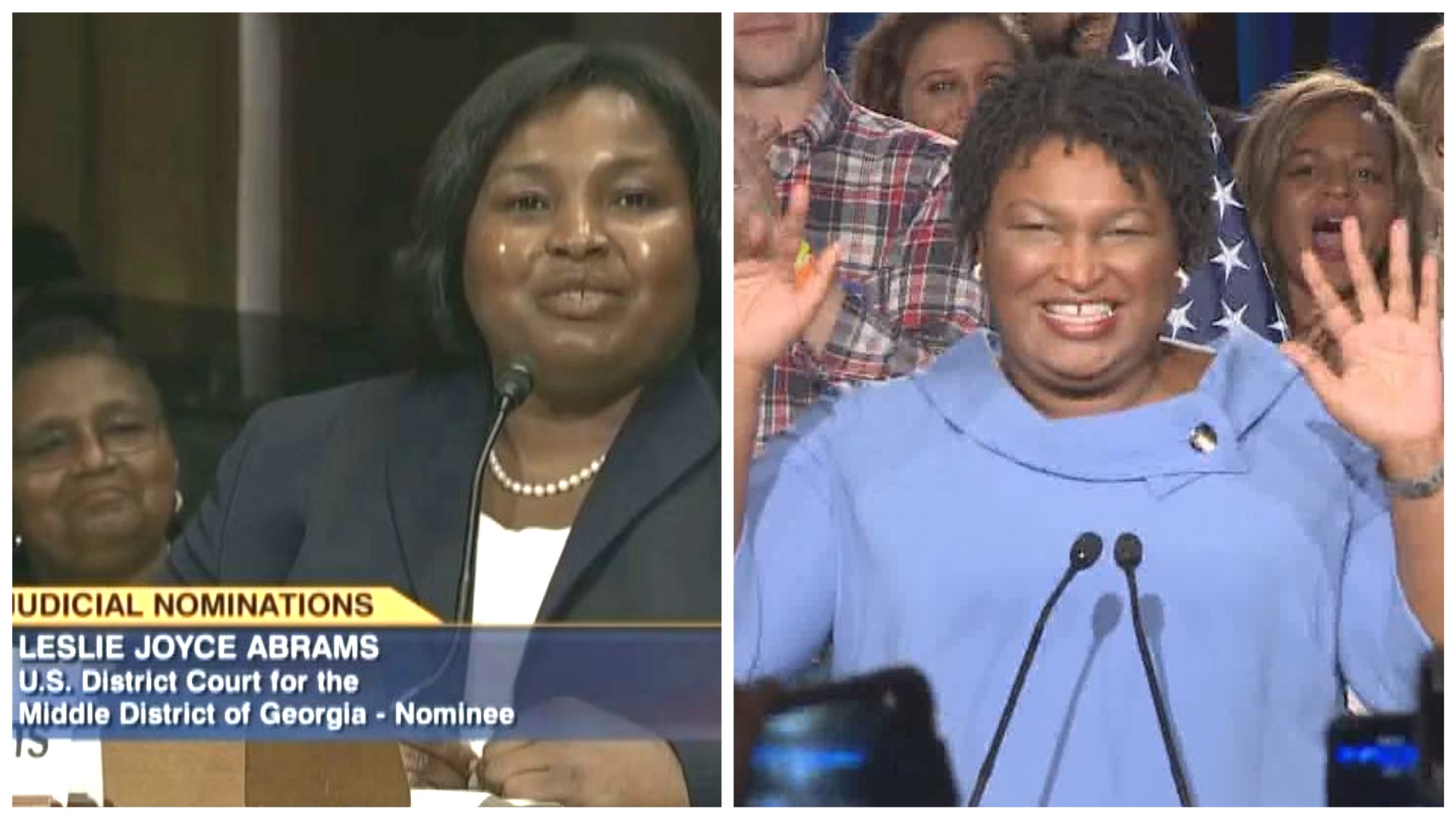 Since election day, several lawsuits have been filed across Georgia in federal court. One of the lawsuits was filed by the Democratic Party of Georgia on behalf of Stacey Abrams' gubernatorial campaign.

The complaint was filed Thursday at the Albany Federal Courthouse in the U.S. District Court for the Middle District of Georgia. It's the same court where U.S. District Judge Leslie Joyce Abrams, Stacey Abrams' sister, hears cases.

Judge Abrams was appointed to the Middle District of Georgia in 2014 by President Barack Obama.

Federal court records available through the PACER court document database show the complaint was originally assigned to be heard by Judge Abrams. But on the same day, it was reassigned to Senior U.S. District Judge Louis Sands.

"Each court has a written plan or system for assigning cases. The majority of courts use some variation of a random drawing," according to the site. "Courts also have a system to check if there is any conflict that would make it improper for a judge to preside over a particular case."

Judge Sands heard the case on Friday, and, according to court records, was the only judge involved with the case after being assigned.

The Democratic Party of Georgia argued a previous court case delayed Dougherty County from initially mailing absentee ballots in time for the Nov. 6 election. Once the county was able to mail the ballots, issues with the Postal Service slowed down delivery.

The complaint describes how mail delivery has been slowed down since 2012, when the U.S. Postal Service closed the service center in Albany. Mail is now routed through Tallahassee, Florida before being delivered to addresses in the Albany area.

An attorney for the Abrams' campaign discussed the complaint during a press conference on Thursday.

"Voters weren't afforded the statutory amount of time they have to review, fill out and complete their ballots," attorney Kurt Kastorf said. "And some of them might have got the ballots so close to the election that if they took them out of the mailbox, immediately signed and returned them, they weren't showing up in time to be counted. We will be seeking relief with the court to make sure those votes are counted."

Judge Sands ordered all absentee ballots postmarked by Election Day and received by Nov. 9 in Doughtery County to be counted if they meet all other ballot requirements. Sands also granted a temporary restraining order, stopping Doughtery County from certifying election results until Tuesday, Nov. 13, which is the state deadline for certifying results.