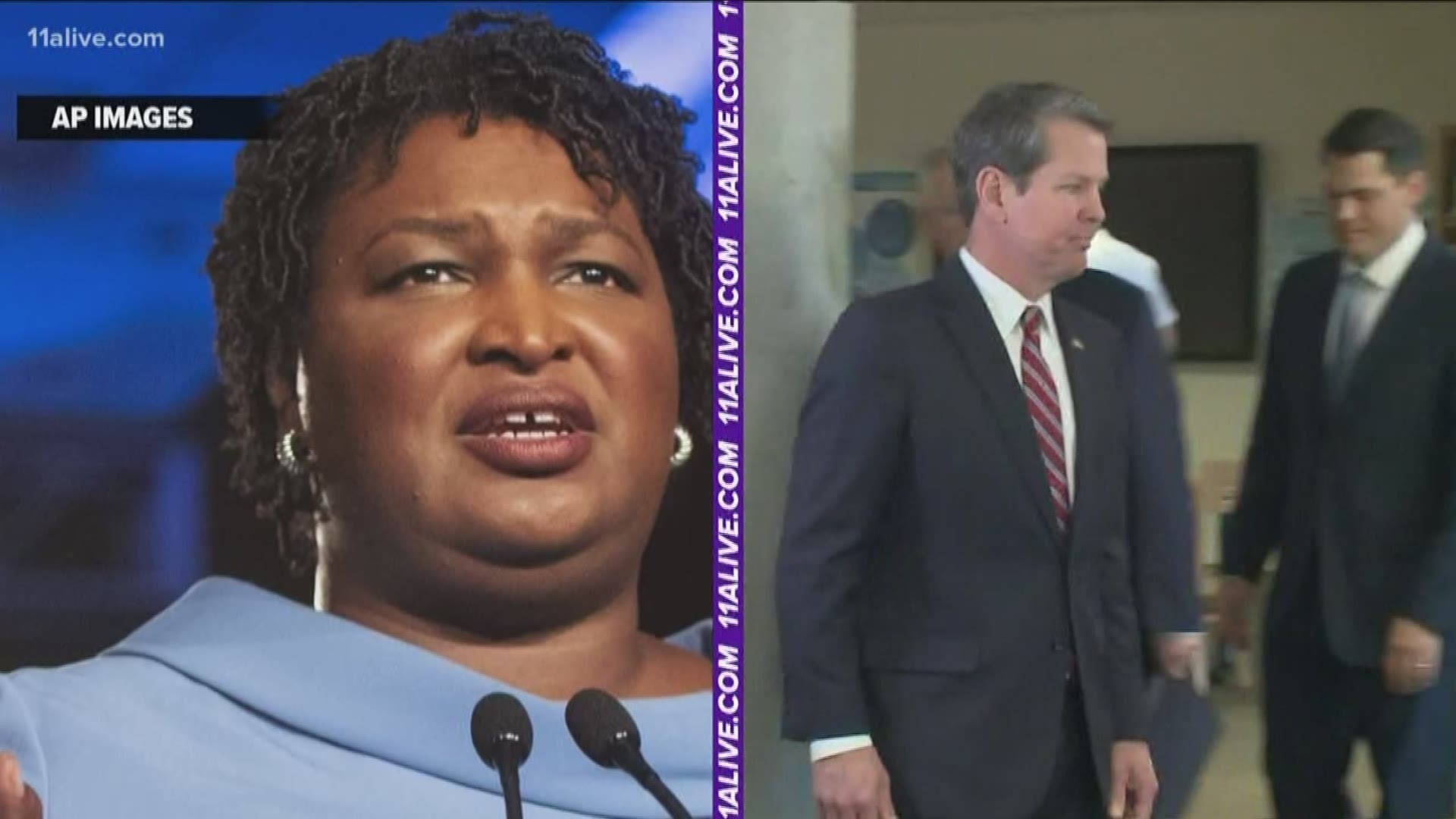 One complaint made against Kemp was filed and dismissed early last year -- some four months before the May primary. The complaint still open against Abrams was filed months later – apparently too close to the primary for the Georgia Government Transparency and Campaign Finance Commission to act.

Early in his campaign for Governor, Brian Kemp collected lots of campaign contributions. In a complaint he filed in January of 2018, a Rome man named George Anderson – who describes himself as a “concerned ethics watchdog” -- complained the Kemp "failed to include the occupation" of some of his contributors when he filed a required campaign disclosure report.  Anderson made other complaints as well.

But a similar complaint is still pending against Stacy Abrams—a complaint filed much closer to last May’s Democratic primary.

This complaint was filed in April 2018 by William Perry, who leads a group called Georgia Ethics Watchdogs.  In it, Perry shows lists of reimbursements from Abrams campaign account – disclosed by Abrams, as the law requires.

But many of the expenditures listed lacked details. The complaint says the notations are “vague” and fail “to include the name” of the recipients, among other shortcomings.

The GGTCFC says that complaint is still pending.

Another complaint by Perry alleges that Abrams appeared to spend “campaign funds on travel for her book tour” last spring.

And another complaint filed in August alleges that a political action committee illegally coordinated with the Abrams' campaign last spring. That’s something the law technically disallows. A Republican political operative filed that complaint against Abrams.

Abrams' former campaign manager characterized the ongoing ethics complaints against her as the work of Republican operatives pursuing baseless allegations.

The ethics commission has a rule against acting on ethics complaints within 90 days of a primary or election – so as not to influence the election.

Because it was filed one month before the primary, the Abrams complaint sat last spring. And then the ethics commission’s previous director got into hot water, apparently further stalling the complaint.

It lives anew under a new director, David Emadi.  Our scan of campaign records shows Emadi, a former prosecutor, donated $600 to Kemp's campaign in 2018. Emadi tells us he will be an impartial presence in the commission's investigative process.