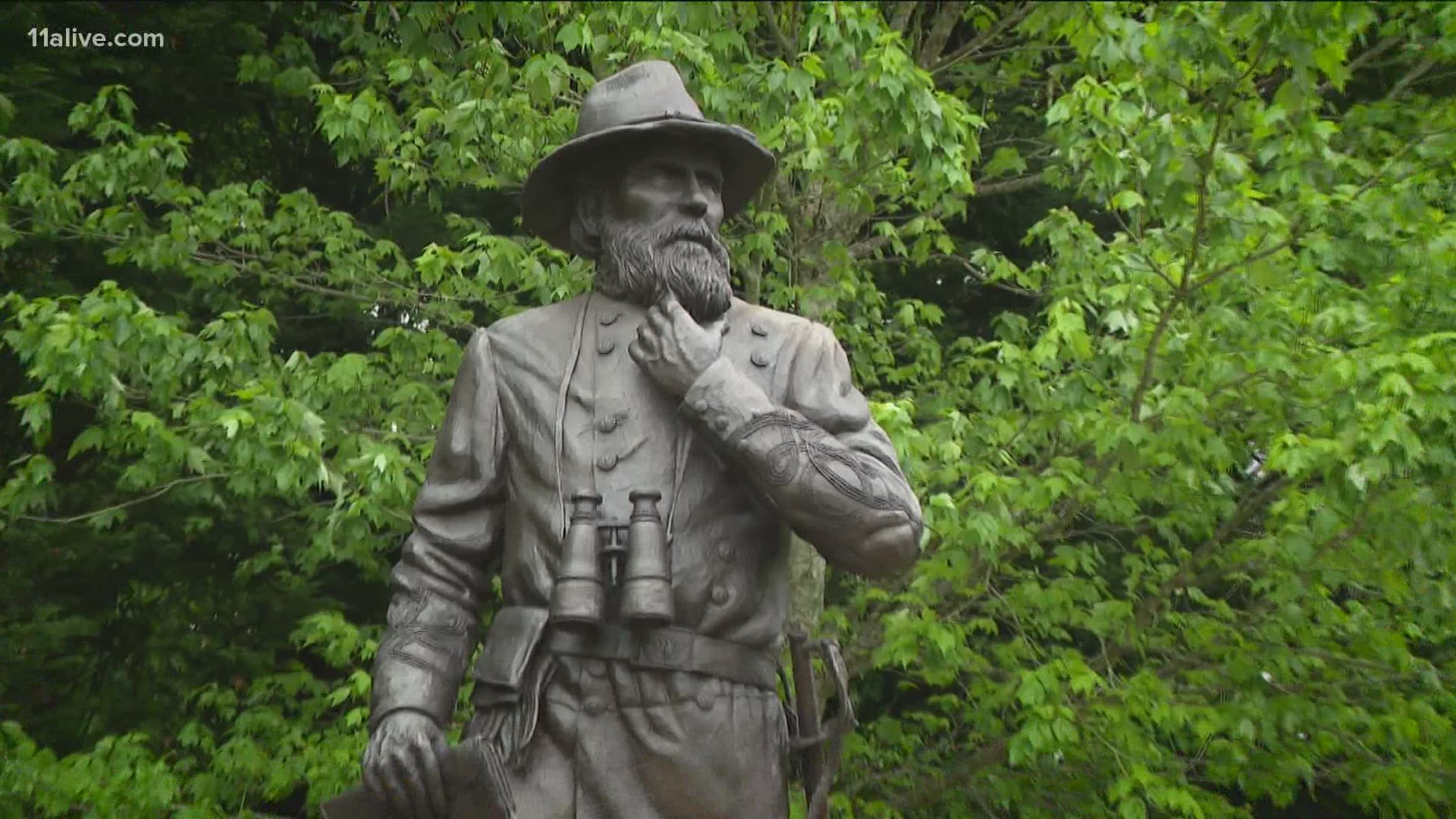 ATLANTA — A former Georgia governor said the state should swap out statues of Confederate generals on the grounds of the State Capitol. Roy Barnes, who left the governor’s mansion 18 years ago, said a Confederate general worthy of a statue should replace an unworthy one.

The statue of General and former Georgia Governor John Gordon has been a flashpoint for years because of Gordon’s reputed role in founding the Ku Klux Klan.

In an interview with 11Alive during a discussion about Stone Mountain Park, Barnes said he favors eliminating the Gordon statue and replacing it with one of General James Longstreet.

Longstreet was a three-star general in the Confederate army – a top assistant to General Robert E. Lee. Longstreet is honored with a statue at the site of his old home northeast of Atlanta in Gainesville.

When Ulysses Grant ran for president, Longstreet surprised southerners by supporting Grant. Longstreet became a Republican in a region still dominated by secessionist Democrats.  Longstreet had befriended Grant when both enrolled at West Point.

"He was ostracized because after the war, after the civil war, what he said was, 'we were wrong to fight, to lose and to shed blood for slavery. And we should accept those that are freed as equal parts of our society,'" Barnes said.

Longstreet served as a federal operative in Louisiana and worked to subdue violence against African Americans following emancipation and the surrender of the Confederacy.

During the Civil War, Longstreet was known for leading the South in the battle at Chickamauga, and the failed Confederate "Pickett's Charge" at Gettysburg.

As governor, Barnes led the effort in 2000 to replace Georgia’s state flag – dominated by the St Andrews cross -- and lost re-election to Sonny Perdue afterward. Barnes was the last Democrat to serve as Georgia's governor.

Aside from replacing Gordon with Longstreet, Barnes said the state should also recognize another post-Civil War Georgian,who was an early enemy of the Klan: Amos Akerman of Cartersville, who was Grant’s attorney general.

"He was very much for, and pushed for the former slaves, and the full rights thereof," Barnes said.  "That story should be told. We don’t tell those stories because of this mythology of the 'lost cause,' but the true history (of the Civil War and Reconstruction) should be told."

The former governor said the stories of Akerman and Longstreet need to be told not only at the State Capitol – but also at Stone Mountain Park, where state officials have begun re-thinking its Confederate messaging.