Opponent: Fulton DA Paul Howard will be charged criminally before end of year 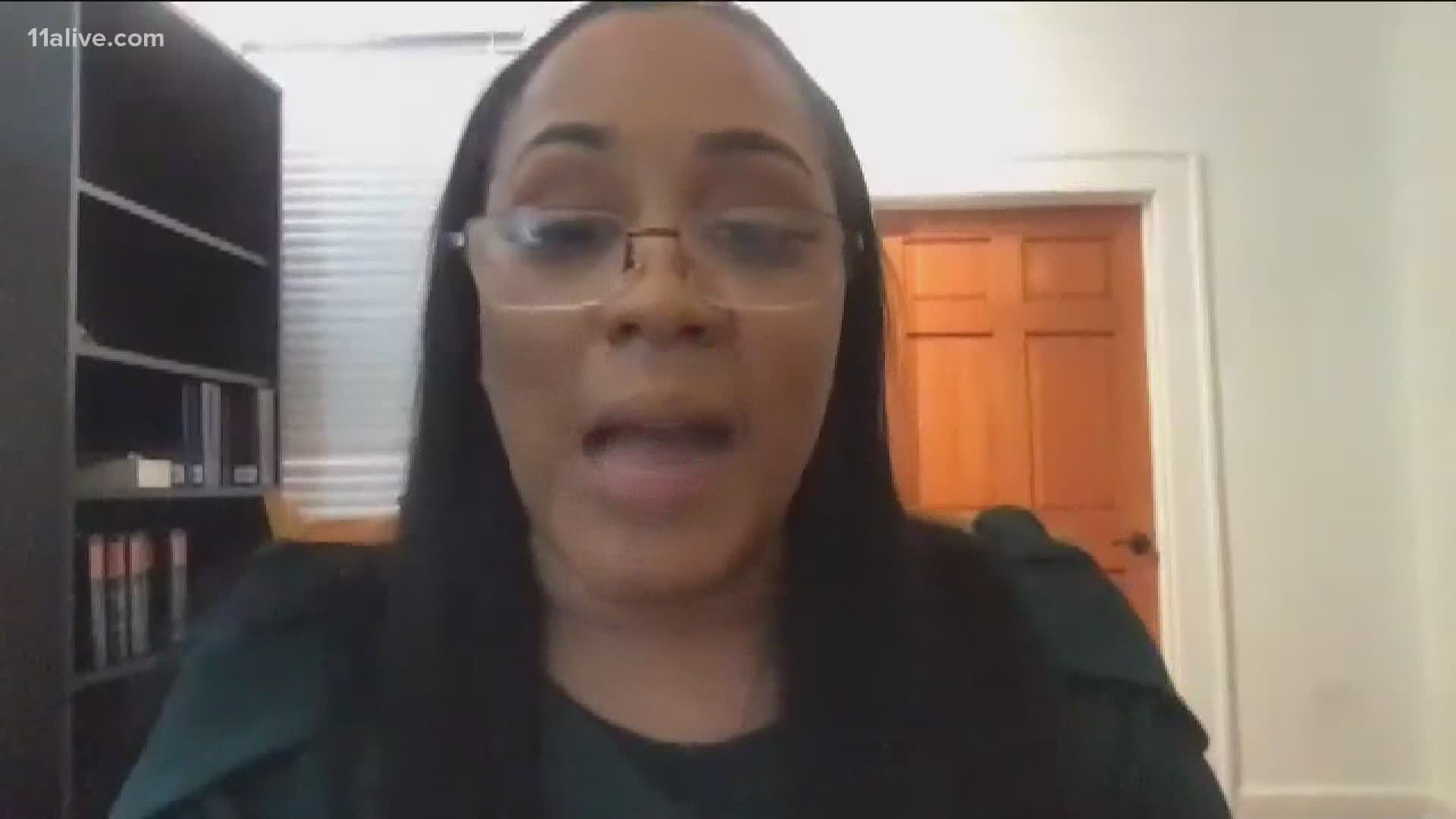 ATLANTA — The biggest race in Tuesday’s runoff, locally, will be the one for Fulton County district attorney.

Monday, 11Alive News talked with incumbent Paul Howard about the issues facing him – including a criminal investigation into his conduct, as well as allegations he’s politicized alleged misconduct by police.

Thursday we talked with Howard’s opponent, his longtime assistant district attorney Fani Willis. Turns out she's not shy about clobbering her former boss.

"I think it’s a choice actually between integrity and corruption, good and bad. I think it’s a classic fight," Willis said. "We have a district attorney now that works for his own self interest and seems to care about the things that benefit him and not the community."

Howard told 11Alive News it was always intended for his bank account.

"I met with the mayor (Kasim Reed) asking him for a salary supplement from the city of Atlanta," Howard told 11Alive's Neima Abdulahi. "What I did was what Americans do all the time, which is ask for pay raises. Pay increases. And that’s what I asked for. That’s what the city of Atlanta sent over based upon the work I had performed for the city."

During a subsequent interview, Willis described that as "ridiculous."

"What he did was enrich himself. It’s really horrible," Willis accused. "It’s not a pay raise. He can call that all he wants. But it’s a violation of (state law, OCGA 45-11-5), and it’s a criminal offense."

"I believe he’ll be arrested for it and ultimately prosecuted ... before the year is out," she predicted.

Willis agreed that until that happens, Howard has the presumption of innocence.

"But the reality is that he represents the citizens. You need to be beyond reproach," she said. "(Howard) cannot manage a stable office. He is someone who secretly puts money in their pocket."

Willis said Howard has politicized his office at the expense of crime victims as he tries to beat her in Tuesday’s runoff.

"Paul Howard would now like to be thought of as the great prosecutor of police who do wrong. But you and I know the reality," Willis said, citing a TV commercial produced by Howard's campaign showing police body cam video of the killing of Rayshard Brooks at a Wendy's parking lot in June.

Howard subsequently charged the police officer who fired the shot with murder.

"We can’t even anymore (disagree) if this was political," Willis said. "In Paul Howard’s ads that he has running on television, he has images from an open and active case. The Brooks case. That is unethical to do. It is a violation of Georgia bar rules."

"You are actually using a family's pain to promote yourself? All while you do that, you ensure that that family can never get justice? That case is never going to be tried in Fulton County" because, Willis said, Howard's office will have to recuse itself and a change of venue is likely for any trial.

Howard claims he has been successfully prosecuting police misconduct over his 23 years in office. In the interview with 11Alive a few days ago, Howard was critical of Willis for getting endorsed by the police union.

"When the police union endorses a DA, that indicates the DA will not prosecute police. And I don’t think it’s appropriate for DAs to accept endorsements or funding from police unions," Howard told Abdulahi.

Willis admitted getting two contributions from the Atlanta chapter of the International Brotherhood of Police Officers, the police union.

"They endorsed me. I am endorsed by six organizations. They are one of the six. They cut me a check, two checks, but the checks together total $2,500," Willis said.

"I have raised close to if not in excess of $400,000. The vast majority of those donations are from defense attorneys. Those donations don’t compromise me in this community that want to invest in having a good DA," Willis said.