Willis soundly defeated Paul Howard, who has held the office since 1997, in Tuesday's runoff with 73 percent of the vote. 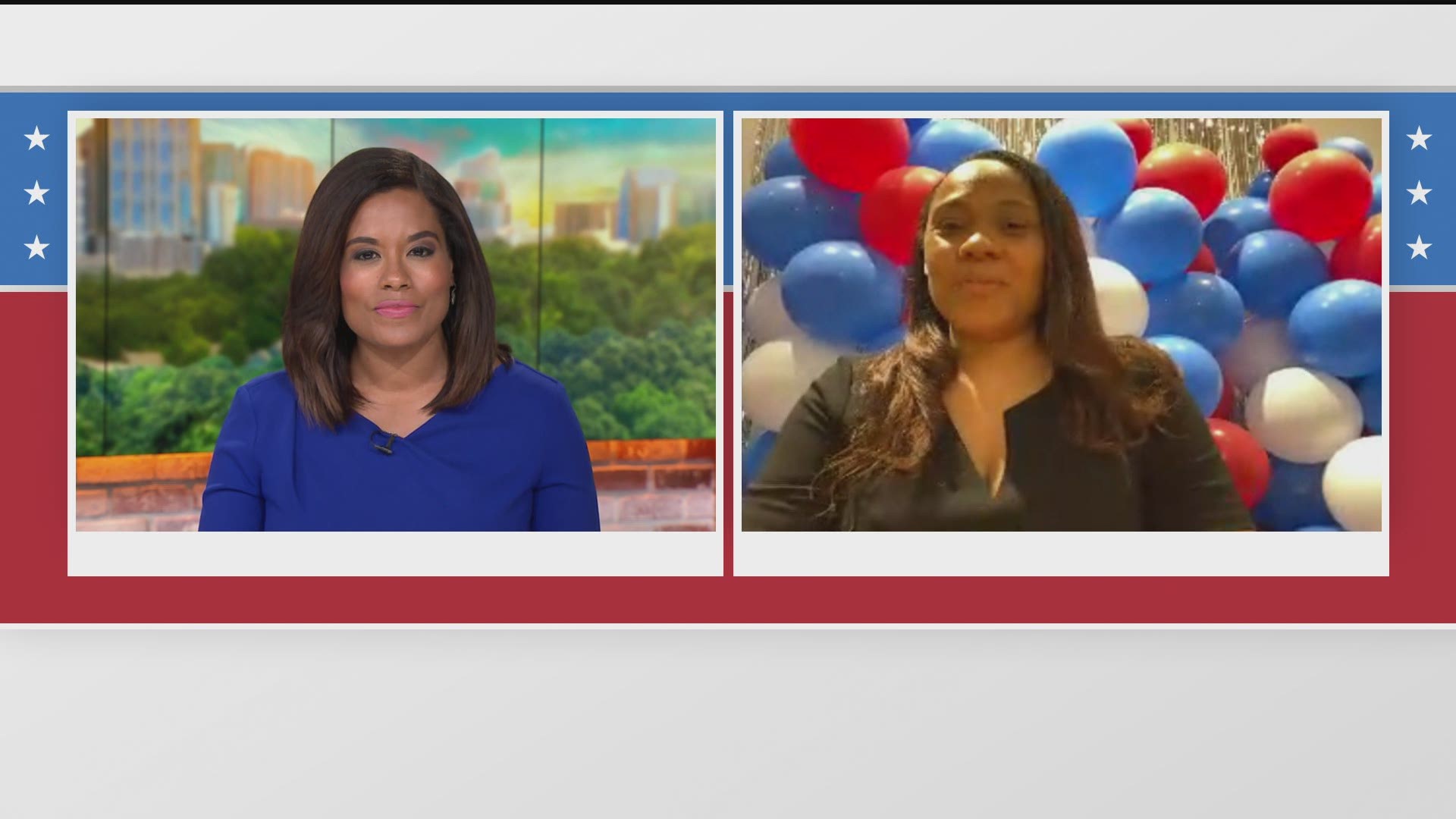 ATLANTA — Fulton County District Attorney-elect Fani Willis gave an indication of what kind of office she intends to run Wednesday, after it was run by Paul Howard for more than two decades.

Willis soundly defeated Howard, who has held the office since 1997, in Tuesday's runoff with 73 percent of the vote. She worked for 17 years in his office before unseating him as district attorney in what had become something of a harsh campaign.

She told 11Alive's Neima Abdulahi ahead of Tuesday's vote that it was a "choice between integrity and corruption, good and bad."

After her victory, Willis told 11Alive Anchor Shiba Russell that she didn't have plans to necessarily clean house in the district attorney's office, but that she intended to recruit the "best and brightest minds" from around the country to bring change.

"We're going in a new direction," she said. "I want everyone to be very clear, I offered the citizens of this community a change and a change is what I plan to bring."

Some on the current staff "will have to be retooled and retrained," she said, but she hopes to keep many of them.

Though, she added: "Those that do not want to work under my administration; I'm sure many of them will resign between now and the end of the year."

Those that she recruits, she said, will be former district attorneys themselves -- lawyers at top firms and others who "say that under me, they would come and work, because they know they will be doing work of integrity and not just trying to rack up convictions."

Willis also told 11Alive that the Rayshard Brooks murder case may have to be prosecuted in another county due to the actions of outgoing DA Paul Howard.

Howard brought charges against now ex-Atlanta police officer Garrett Rolfe in June following the shooting death of Brooks, in what Willis contends was a reckless bid to boost his reelection prospects.

She said he had used images of the Brooks case in his campaign commercials on TV and radio, and called that evidence he was using the prosecution "clearly for his political benefit."

"I do not have a plan to keep or drop the charges. What I plan to do, is look at all the evidence, look at the facts and then make charging decisions," Willis told Shiba in the interview. "But I will do that based on the investigations conducted by the staff there, in the district attorney's office now, and based on the reports of the Georgia Bureau of Investigation."

She added, "Quite frankly, I do not know if we are legally going to be able to keep the Brooks case in Fulton County," as a result of Howard's campaigning.

"As a result of that, us, the taxpayers of Fulton, will pay for that prosecution. But it will be the morals and the values of some other office in some other county that will actually get to try that," Willis said. "And it is just a shame that we had a district attorney that would put his own needs before justice for the family of Brooks and the community at large."